Expo Center, 1st Floor, Universal 6 (Moon Palace Resort)
J. Yota and B. Do (Skyworks Solutions, Inc.)
Polybenzoxazole (PBO) is a polymer dielectric that has excellent mechanical, physical, and electrical characteristics and that is used for various semiconductor thin film applications.  The PBO has low dielectric constant, and has good thermal stability and thermo-oxidative resistance.  Furthermore, the PBO material can be applied by spin-coating and can be cured at temperature of <300oC, which is significantly lower than many other spin-on dielectric materials.  These characteristics make PBO suitable for use in many semiconductor technologies and applications that require the processing temperatures not to exceed 300oC, such as GaAs hetero-junction bipolar transistor (HBT) technology. The PBO material is easily processed, and can be made photodefinable by adding photoactive compounds, and therefore be patterned on semiconductor wafers.  By using a photodefinable PBO dielectric material, there will not be any need to perform patterning by dry-etch process steps that are typically performed in GaAs technologies. 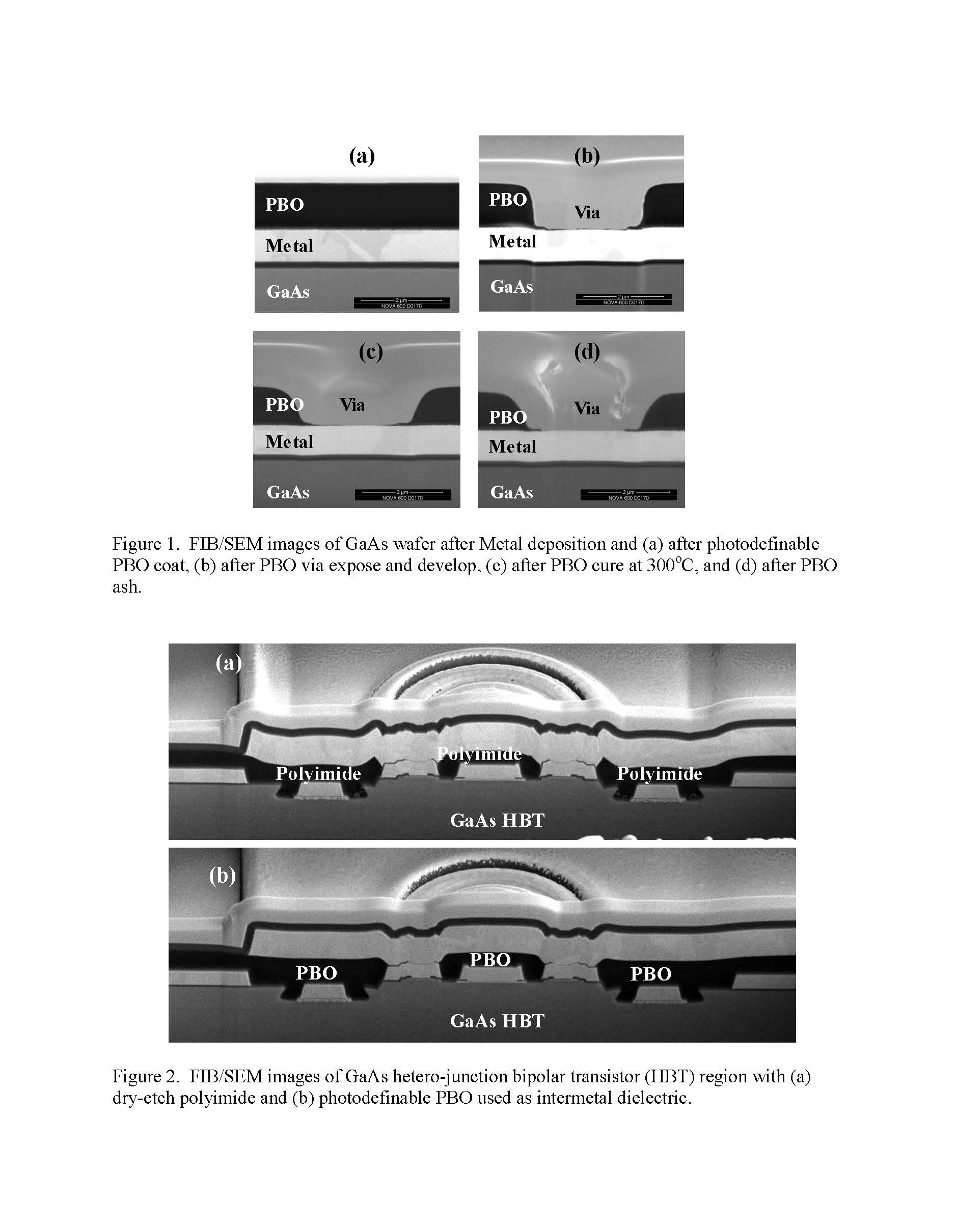