Here we discuss the electrocatalytic activities of carbon-supported Cu nanoparticles  for CO2 electroreduction, a reaction that is also kinetically limited and  have a potential for implemention in CO2 electrolyzers for the production of hydrocarbon fuels such as CH4 and C2H4.

Activity of Cu nanoparticles towards CO2 electroreduction to hydrocarbon fuels was evaluated using a sealed RDE setup connected to GC. Thin films of 40 wt% Cu/VC, commercial 20 wt% Cu/VC, 20 wt% Cu/SWNT and 50 wt% Cu/KB were deposited on the surface of custom-made 7 mm glassy carbon disks (Pine Instruments, Inc), following a well-established protocol in the PEMFC community [2]. GC sampling from the electrochemical cell was performed at 5, 25, 45 and 65 min from the start of experiment, while holding the electrode potential at -1.2, -1.4, -1.6, -1.8, -2 and -2.2V vs. Ag/AgCl reference electrode.

This presentation will discuss the differences in electrocatalytic activities of four supported catalysts towards CO2 electroreduction and the influence of support on product distribution in more detail.

OAB is grateful to the Office of Naval Research for financial support of this project. 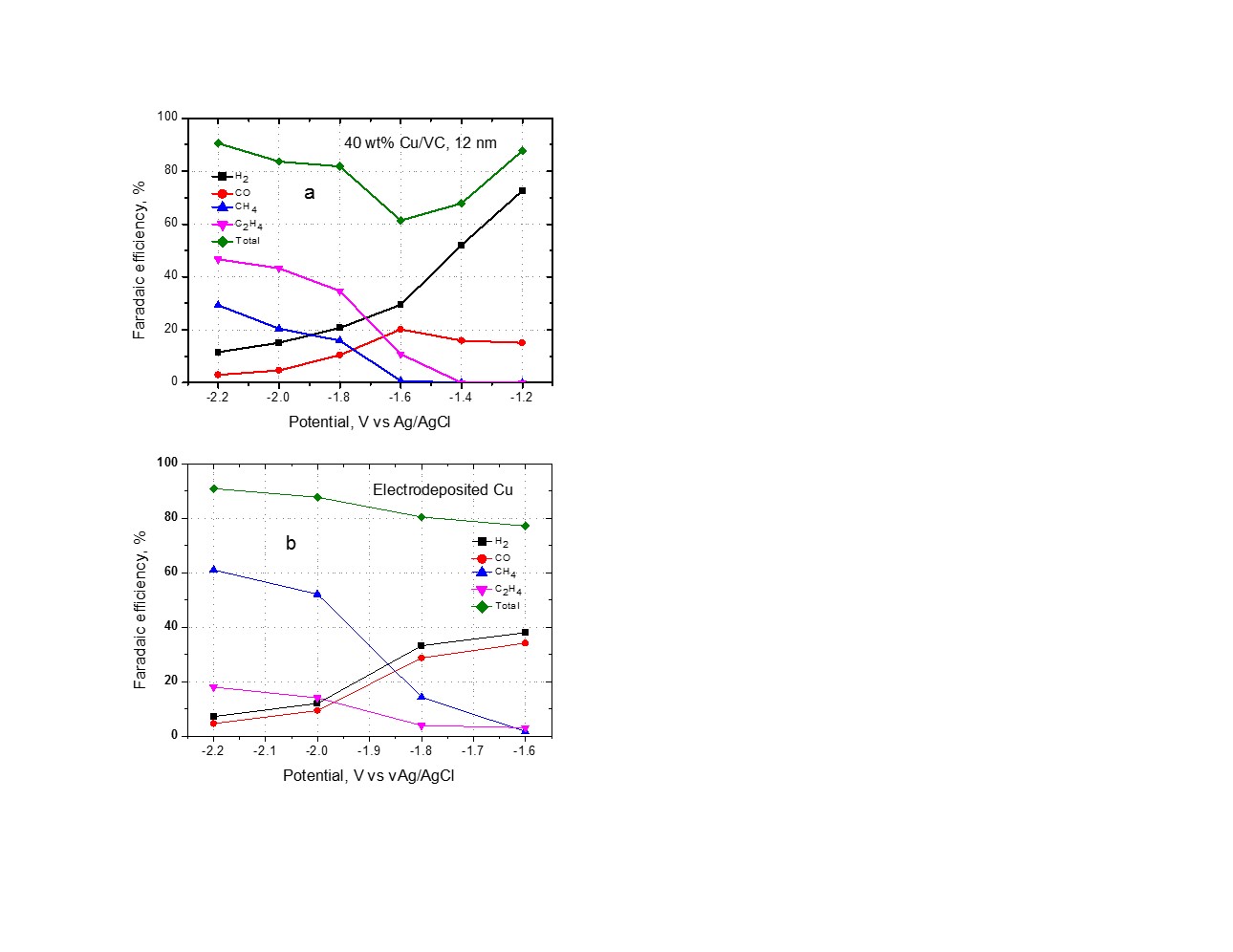