Solid oxide fuel cells (SOFCs) have received much attention as promising electrochemical power generation devices because of their high electrical efficiency and environment adaptability. Development of SOFCs is now focused on lowering the operating temperature from the conventional range of 750-900°C to an intermediate range of 500-700ºC, allowing a wider range of materials for SOFC components and improvement of thermal reliability. Preparing the Yttlia Stabilized Zirconia (YSZ) and Gadolinia-doped ceria (GDC)) bilayer electrolytes are effective for reducing operating temperature [1]. In the present work, NiO-YSZ anode supported cells with YSZ/GDC bilayer electrolytes and (La,Sr) (Co,Fe) O3 (LSCF) thin film cathodes were fabricated by pulsed laser deposition (PLD) and screen printing. However, one thermal cycle test of a cell between 200°C and 600°C, with heating and cooling rates of 400°C /h, resulted in detachment of the LSCF thin film and thus reduced durability. To improve the adhesion between the LSCF and GDC, (La,Sr)CoO3(LSC),  nano particles were deposited on the GDC thin films by PLD. This step was expected to increase contact area between electrolyte and cathode. We investigated the influence of the LSC nano particle on thermal reliability and I-V characteristic of SOFCs.

(a)  Deposition of LSC nano particles by PLD on the GDC thin film.

Figure 1 shows a scanning electron microscopy image of the surface of a GDC thin film. Many LSC nano particles (50-nm diameter) were deposited on the dense GDC thin film by PLD, which increased the area of contact between the GDC and LSCF thin films.

(b)  Thermal cycle test of NiO-YSZ anode supported cells with or without LSC nano particles. 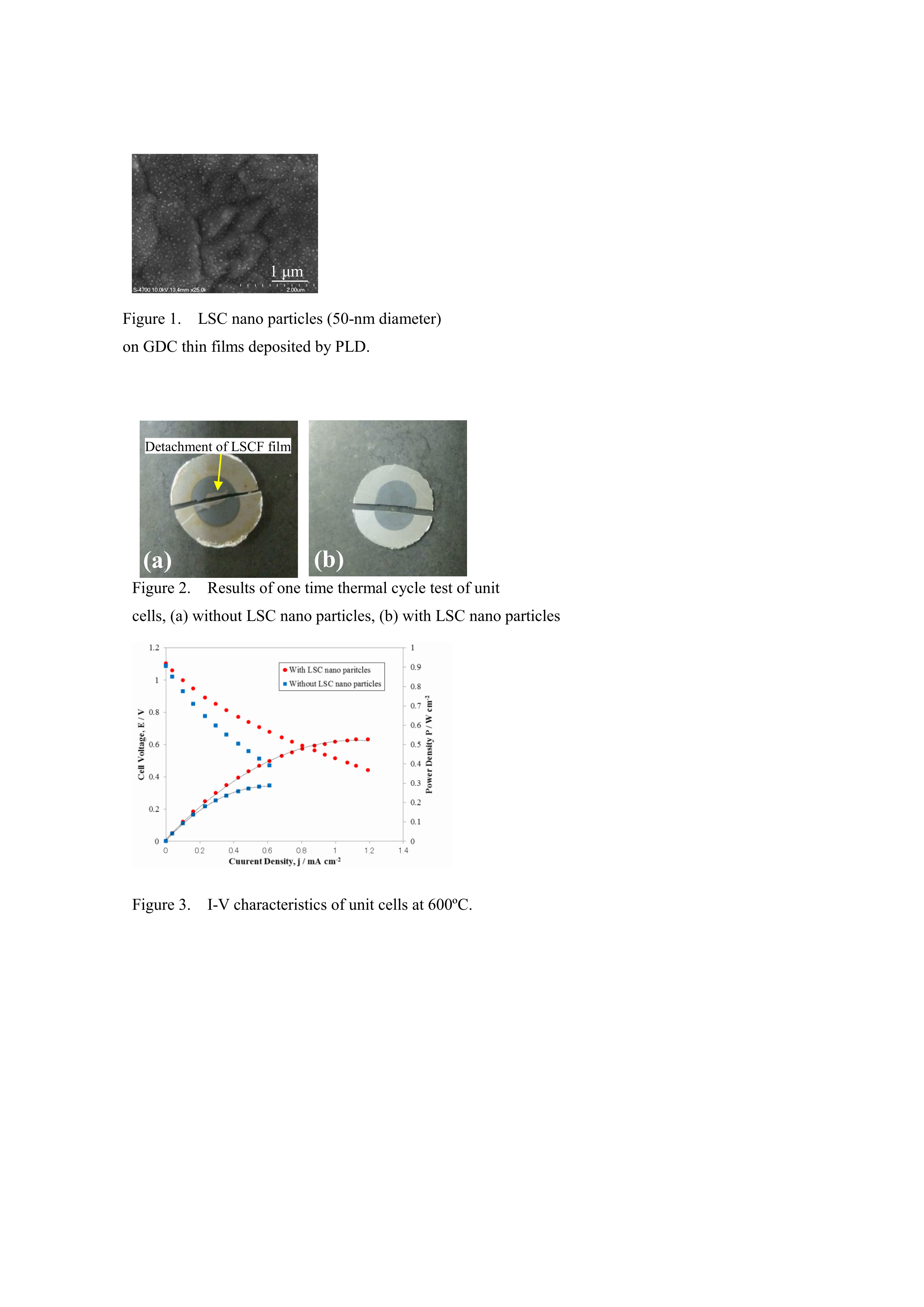