Co3FeN is theoretically predicted to have the large negative spin-polarization of density of states at the Fermi level (PD),4 when Fe atoms are located at the corner (I) sites and Co atoms at the face center (II) sites of the cubic unit cell. We performed x-ray magnetic circular dichroism (XMCD) measurements for the Co3FeN epitaxial films, and evaluated the orbital and spin magnetic moments (mspin) of Co and Fe atoms. Clear XMCD spectra were observed at Fe and Co L2,3 absorption edges for the Co3FeN films. The mspin per Fe and Co atoms in the Co3FeN film was evaluated to be 2.08 and 1.52 μB, respectively.3 In the ordered large spin-polarized Co3FeN phase, the mspin per Fe and Co atoms is theoretically predicted to have 3.09 and 1.41 μB.3 The experimentally obtained mspin of Fe atoms, 2.08 μB, is close to 2.29 μB, the site averaged value in Fe4N.5 This result shows that the Fe atoms in the Co3FeN film are located at both I and II sites. Mössbauer measurements were also performed in the Co3FeN film and indicated the consistent results. Growth conditions should be optimized so that Fe and Co atoms are located only at I and II sites, respectively, in order to achieve large spin-polarized Co3FeN.

Perpendicular magnetic anisotropy (PMA) was reported in the Mn4N films.6 In addition, large positive PD is predicted by the first principle calculation.7 CoxMn4-xN is predicted to have PMA and small saturation magnetization (MS), which is good for application to current-induced magnetic domain wall motion devices. PMA was observed in the CoxMn4-xN(x≤0.8) epitaxial films from the magnetization curves measured by a superconductive quantum interface device magnetometer. The MS of the Mn4N and Co0.8Mn3.2N films was 145 and 15 emu/cc at 300 K, respectively. The effective PMA energy of the Mn4N films was about 2.2 Merg/cc.2 The c/a ratio, where c and a are lattice constants along perpendicular and in-plane direction of Mn4N films, respectively, was approximately 0.99.2 We think that PMA in the Mn4N films is induced by the in-plane tensile strain. Distinct XMCD spectra at Mn and Co L2,3 absorption edges were observed for the Co0.8Mn3.2N film. Shape of the XMCD signal at Mn L2,3 edges was broader than that of Mn4N. In contrast, XMCD signal at Co L2,3 edges was sharp. This indicates that the Mn atoms are more likely to locate at II sites, and the Co atoms at I sites instead. It is predicted that the Mn atoms at II sites have the itinerant feature due to band hybridization with neighboring N atoms, while the Co atoms at I sites the localized feature. The element specific magnetization curves measured at the Mn and Co L3 edges, under the applied magnetic field perpendicular to the films, showed the clear open hysteresis, indicating that PMA surely appeared in the Mn4N and Co0.8Mn3.2N films. 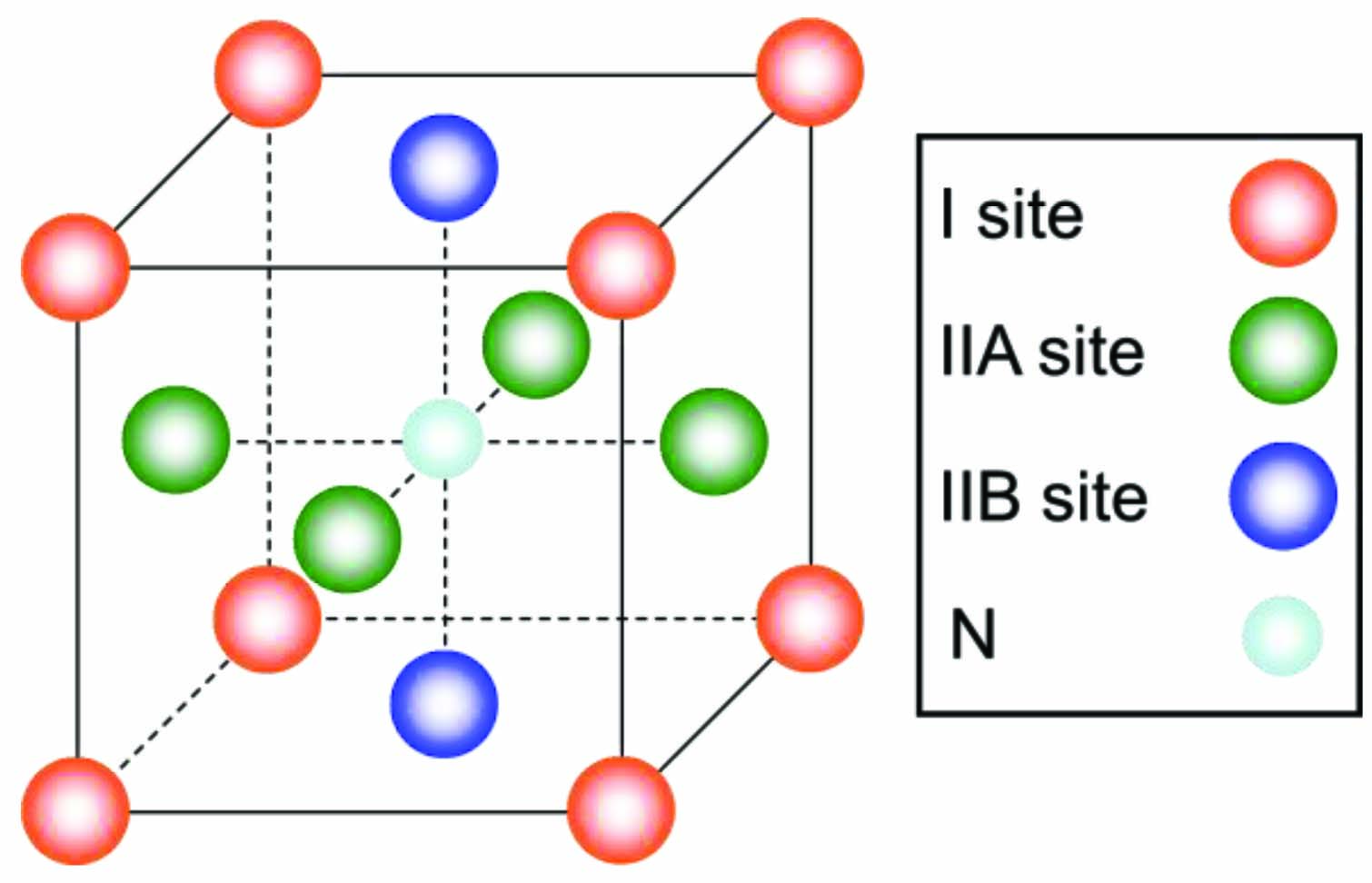