Figure 1 shows the pXRD pattern (A) and TEM image (B) of Pt/RGO catalyst. The peaks between 30 and 90 can be indexed to Pt crystals of face-centered cubic structure (fcc). In TEM image, the Pt NPs are showed monodispersity and homogeneity on the RGO support catalyst. The details about the synthesis,  characterization and catalytic activity of catalysts would be discussed in the presentation. 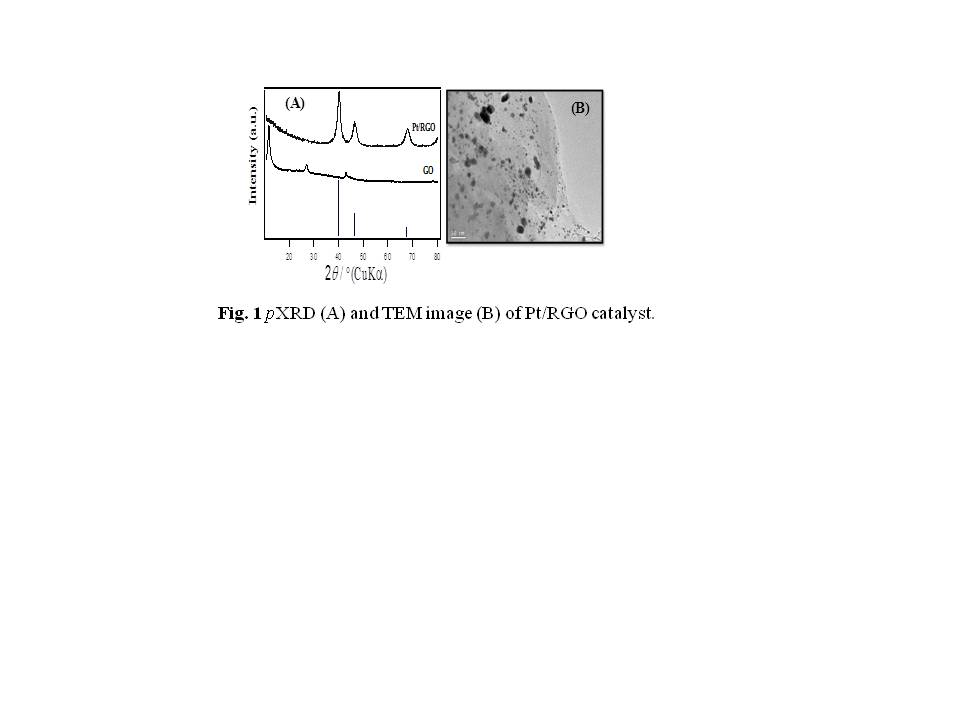