Expo Center, 1st Floor, Center and Right Foyers (Moon Palace Resort)
M. Hariri and S. Morin (York University)
The purpose of this work is to design and develop a sensitive and selective electrochemical sensor for quantification analysis of Chromium (III) in different samples, such as drinking water, seawater, pharmaceutical products, soil and food.

Chromium is an essential metal in small amounts while toxic in larger quantities. Recommended chromium intakes are provided in the dietary reference intakes (DRIs) developed by the institute of Medicine of the National Academy of science. Serum chromium levels normally range from less than 0.05 up to 0.5 micrograms/milliliter (mcg/mL) in humans. Chromium blood test is performed in laboratories to diagnose chromium poisoning or deficiency. For medical and environmental reasons, it is of great importance to determine how much of this metal ion is present in such media. To date, many Cr (III) selective electrodes with PVC membrane, based on various ionophores, have been introduced; however, these sensors suffer from the disadvantages of significant interferences from other cations, deviation from Nernstian behavior, small linear range and narrow pH range of operation [1].

The main goal of this project is to fabricate a potentiometric sensor which is selective towards Cr (III) ions, and does not have the disadvantages of the above-mentioned Cr (III)-selective membrane sensors. In this regards, TiO2/FTO glasses modified with glyoxal bis (2-hydroxyanil) (GBHA) as the ionophore (analyte recognition part) [2] were prepared, and investigated as Cr (III)-selective electrodes.

The first component of the proposed potentiometric sensor is the working electrode. TiO2/FTO glass substrate was chosen as the working electrode material. The TiO2 film was prepared following a standard method described elsewhere [3]. The morphology of the TiO2 films was investigated by scanning electron microscopy (SEM) to assure that the TiO2 particles formed a homogenous porous film and to monitor film thickness. The TiO2/FTO substrates were subsequently modified with the ionophore of interest (GBHA) and the potentials of the varying concentration solutions of Cr (III) were read form the voltmeter upon increasing the concentration of the test solutions. We are also planning to apply other substrates as the working electrode, such as gold electrodes using thiol chemistry to chemically immobilise the ionophores.

Our results demonstrated that the proposed potentiometric sensor exhibits a Nernstian response for Cr (III) ions over a wide concentration range (1.0×10-7 M-1.0×10-2 M); it also showed a fast response time, and its potential response remained unaffected of PH in a wide range.

Moreover, the performance of the sensor is discussed in terms of stability, response time, and possible interferences from other ions. The proposed sensor is to be tested for the analysis of some water samples and food materials for the determination of Cr (III) ions. The fabricated sensor offered simplicity, rapidity, and reliability as an analytical tool.

The second component of the constructed Cr (III)-selective potentiometric sensor is the ionophore or the ion receptor (GBHA), which is responsible for interacting with the Cr (III) ions and therefore producing a signal (voltage). We tried to optimize the ways to immobilize the ionophore on the working electrode, using different linkers, in order to increase the stability as well as the life time of our fabricated sensor. Distribution of the ion receptor on the surface is important to prevent aggregation prior or upon binding. In addition, various surfaces’ chemistry will be explored to prevent physical adsorption of other components of the samples. 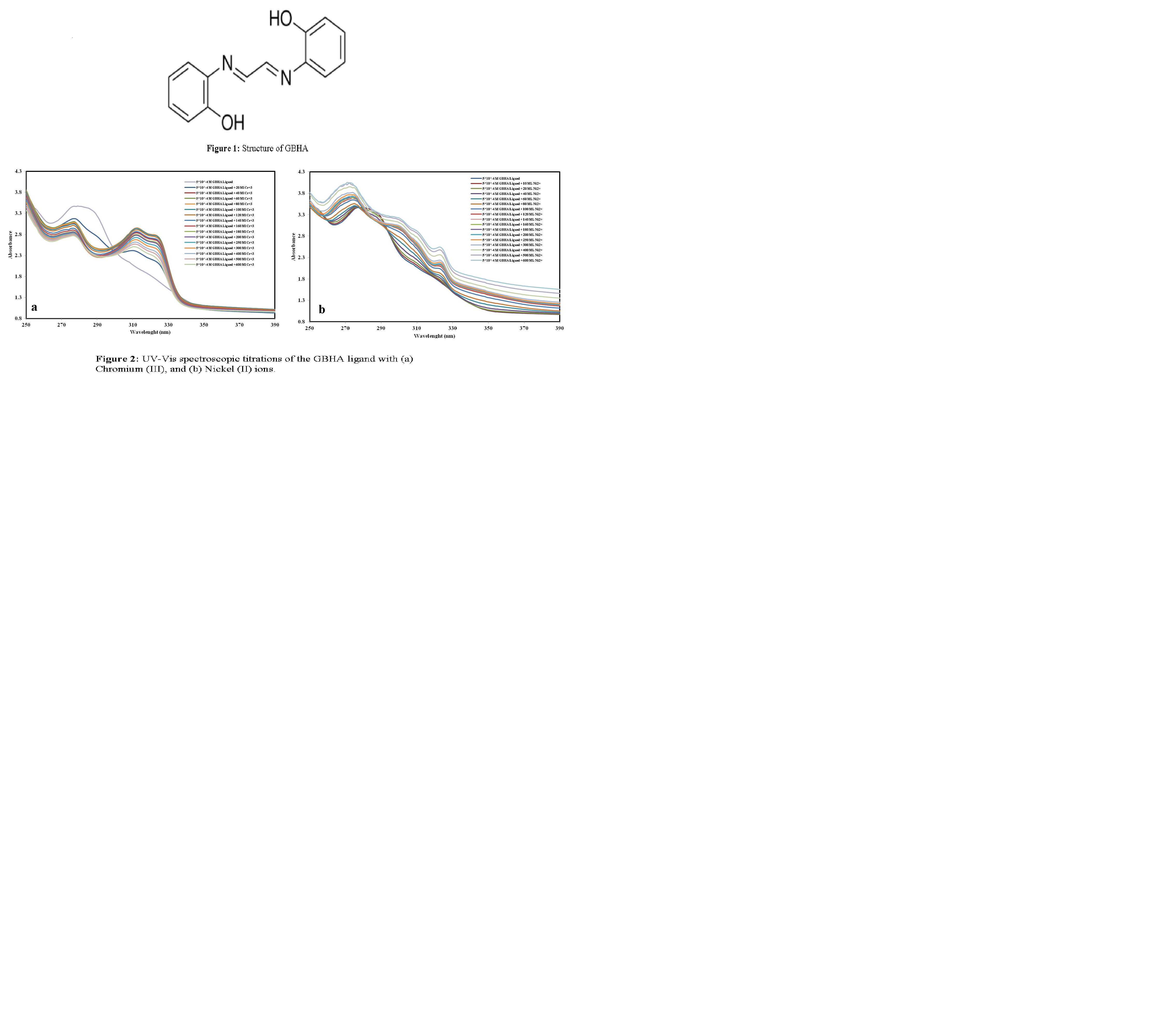