The AAO film has been prepared by two-step anodization method which is consisted of etching and anodizing processes. The as-prepared AAO film is around the 20 um thick and they showed perpendicular nanopore arrays having a diameter of 40nm.

Capacity of the AAO explored with half-cell performance, while LiFePO4was applied as cathode from 2V to 4.2V. The AAO film and commercial separator showed similar capacity at 0.2C, the highest values were 123.0 mAh/g for AAO film and 122.6 mAh/g for commercial separator. Capacity recovery test was evaluated to confirm the correspondence with high energy LIB. Commercial separator was degraded from 1C rate and did not recovered. However, in case of AAO film, the capacity maintained 110.9 mAh/g at 0.5C, 88.4 mAh/g at 1C rate and recovered 121.1 mAh/g after investigation. And the AAO film showed high columbic efficiency over 98% at 0.5C rate. These excellent electrochemical characteristics related to Li dendrite. The AAO film can mechanically suppress the formation of Li dendrites, and homogeneous current distribution derived from well-ordered nanopores of the AAO film helps prevent Li dendrite growth.

In conclusion, the AAO film is a promising separator for LIB, especially in high energy performance, and durability test is needed for further study in the near future. 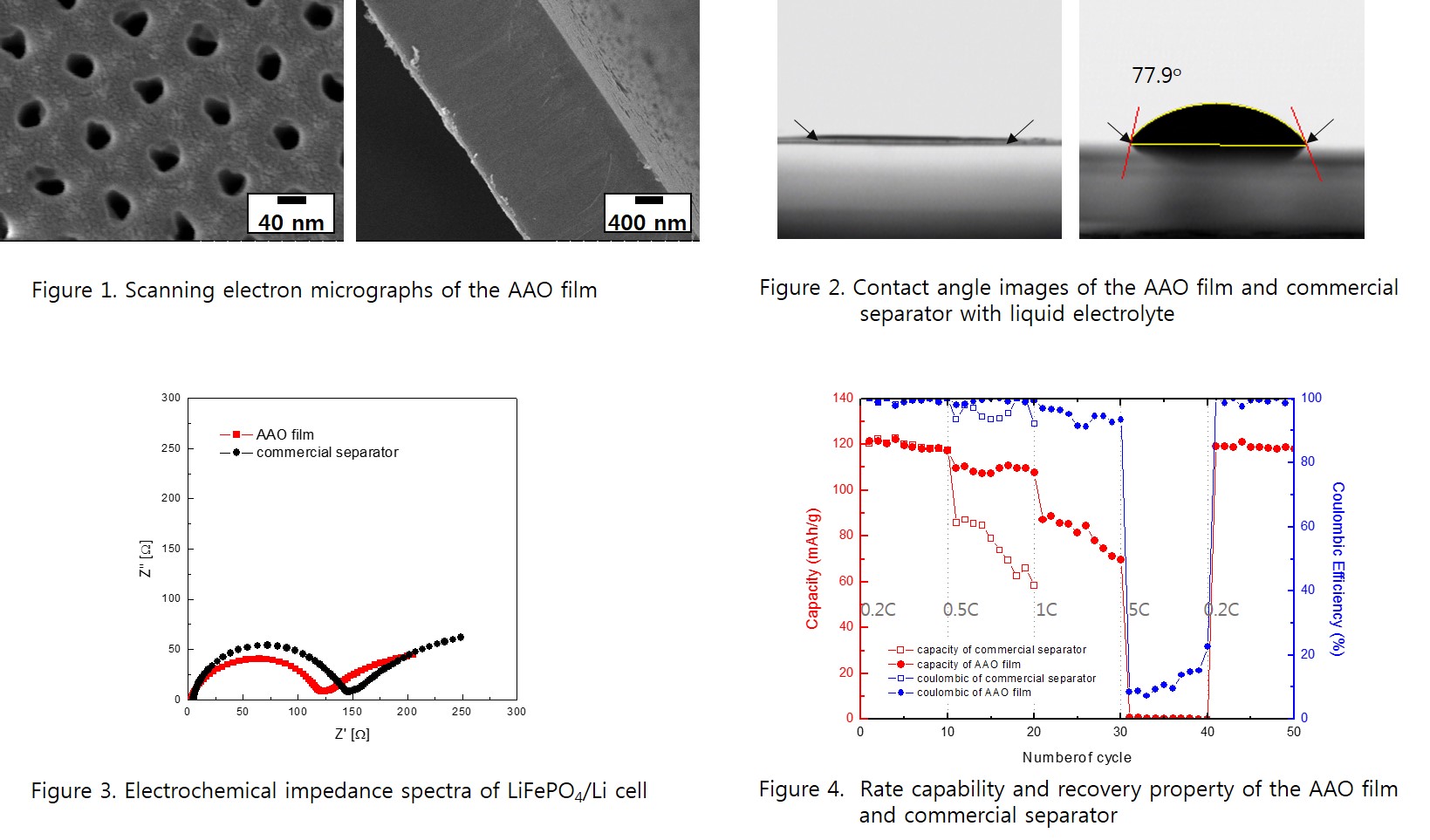