To understand the mechanism of expressing activity of PtCoMn / HSAC catalyst, we picked up three samples of three different states from preparation process and evaluated the ORR activities. The preparation method for PtCoMn / HSAC alloy catalysts was as follows. First, Co(II) and Mn(II) ions were reduced and precipitated onto the platinum particles on HSAC in aqueous solution by using reduction agent (referred as (i) Reduction in Fig.2).  Second, this raw material was heat-treated at high temperature in the reduction atmosphere in order to make alloy particles (referred as (ii) Heat treatment in Fig.2). It was well known that Pt and transition metals (such as Co, Ni etc.) in the cathode catalyst dissolve under the severe conditions (such as low pH, highly positive potential and high temperature) during the fuel cell operation. The dissolved metal species cause decrease in the conductivity of protons in proton exchange membrane such as Nafion membrane. Therefore, Pt-alloy catalysts were generally treated in acid solution to leach the excess transition metals from the surface of the alloy particles in advance of the operation [2, 3]. Hence, the PtCoMn / HSAC catalyst was treated in acid solution, too (referred as (iii) Acid treatment in Fig.2).

In order to make clear the mechanism of expressing activity, we investigated the crystal structures of PtCoMn / HSAC with and without heat treatment by XRD. Fig. 3 shows XRD patterns of PtCoMn / HSAC catalysts with and without the heat-treatment. In case of (i), only the profile of pure Pt was observed in the XRD pattern. However, XRD profile showed the existence of Pt3Mn and Pt3Co in the pattern of (ii) and (iii). The formation of these alloys and the expressing ORR activity correlated to each other. These results suggest that the Pt3Mn and Pt3Co alloys are active species for ORR in case of PtCoMn / HSAC ternary alloy catalyst. 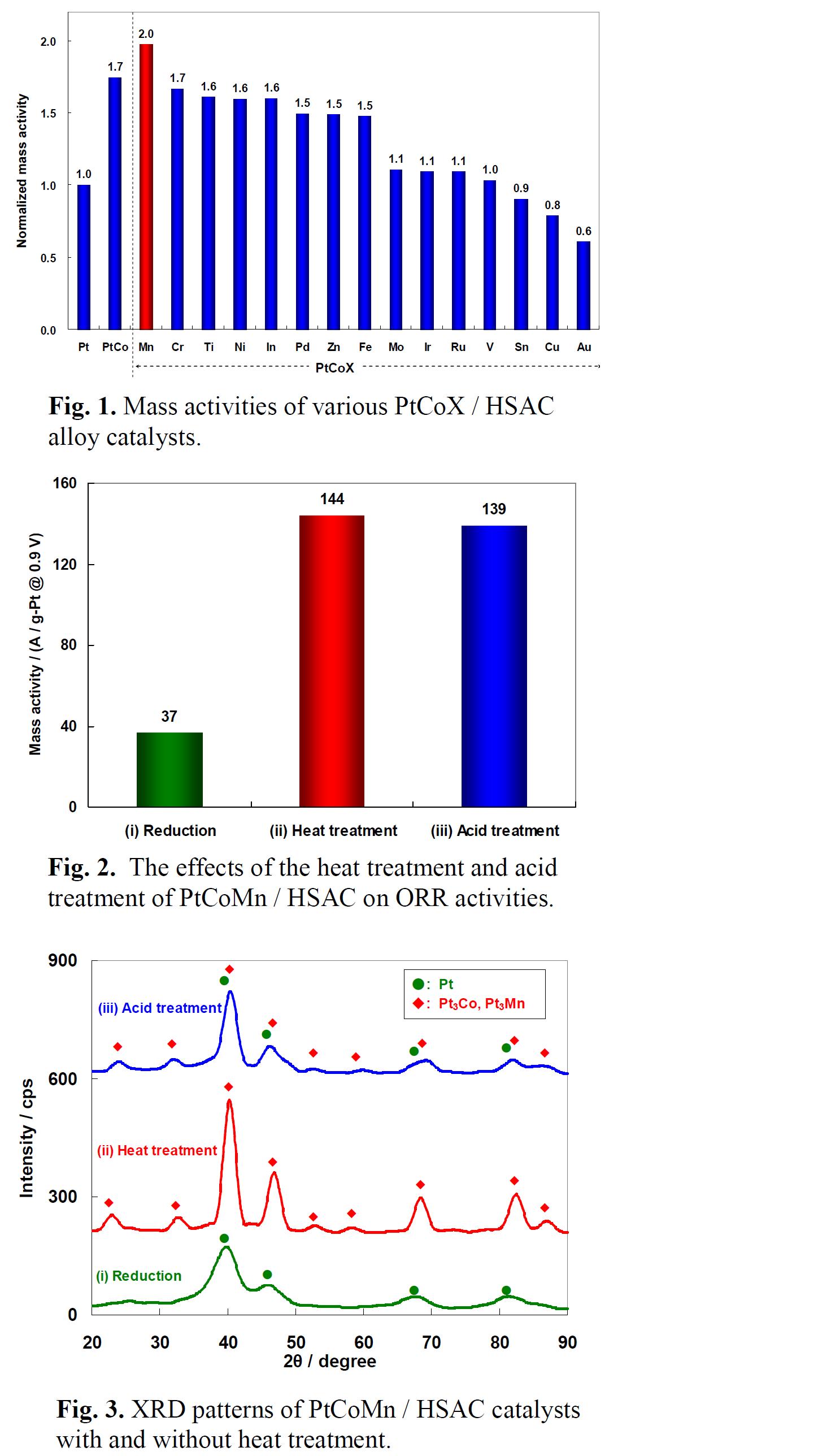