Sunrise, 2nd Floor, Galactic Ballroom 8 (Moon Palace Resort)
M. Chahma and S. Enagala (Laurentian University)
Surface modification allows the immobilization of a variety of organic molecules and biomolecules such as peptides, proteins and DNA on electrode surfaces. The systems commonly used for surface immobilization are the covalent linkers S-Au and C-N. By reduction of thiols, disulfides and diazonium salts, organic motifs have been deposited on gold and carbon surfaces.

Our strategy is based on the deposition of conducting materials as an intermediate between the electrode and chiral sites that can detect molecules via hydrogen bond formation (Scheme 1). Using cyclic voltammetry, we found that the capacitive current of the chiral surface (1) decreased by 30 % once the chiral electrode is interacting with target molecules (2). The hydrogen bond formation has been characterized by NMR and IR. 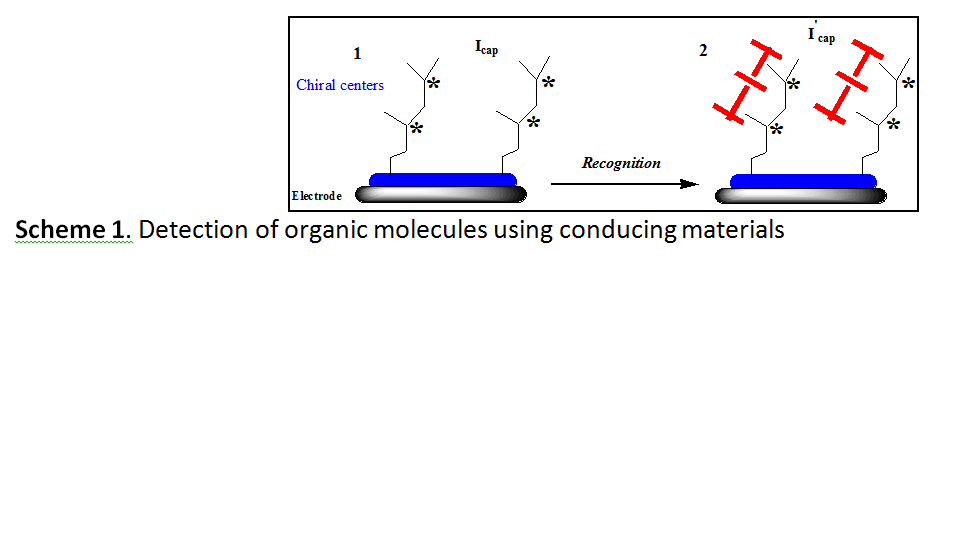