As a result, we could obtain very stable strain variation ±0.1% at unstrained silicon(Si) region.

in the NBD measurement.

specimen. We have found the best sample conditions, thickness above 260nm and low energy FIB milling

3.3 Strain profile at p-channel with eSiGe 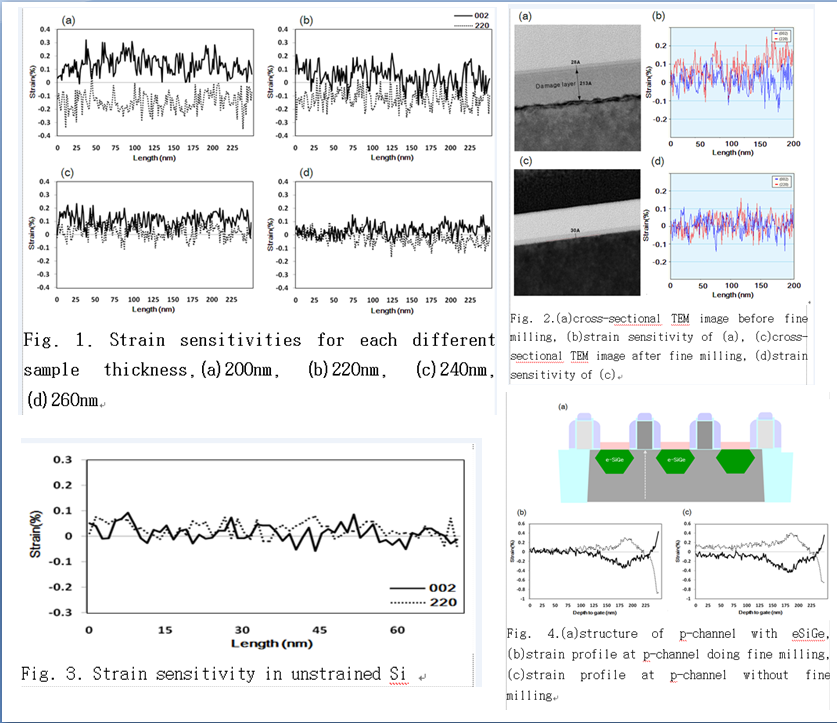