Both μFFCs were assembled using a polymethylmethacrylate (PMMA) plate where the microfluidic channel was engraved as shown in figure 1. Polarization curves were obtained from an Epsilon/Bas potentiostate 1.40.67 (Bioanalytical Systems).

Fig. 1. Schematic diagram of the air-breathing  μFFC. All elements were assembled and tightened homogeneously by screws. The μFFC microchannel is 900 µm wide, 2 cm long and 50 µm depth; the electrode active area is 0.09 cm2.

The maximum power densities achieved were 27 mW cm-2 for the formic acid μFFC and 1.63 mW cm-2 in the case of glucose μFFC. These results have shown that the oxygen reduction reaction have been enhanced by the air-breathing adaptation in comparison with similar acid formic or glucose-μFFCs which operate with an oxygen-saturated aqueous stream. 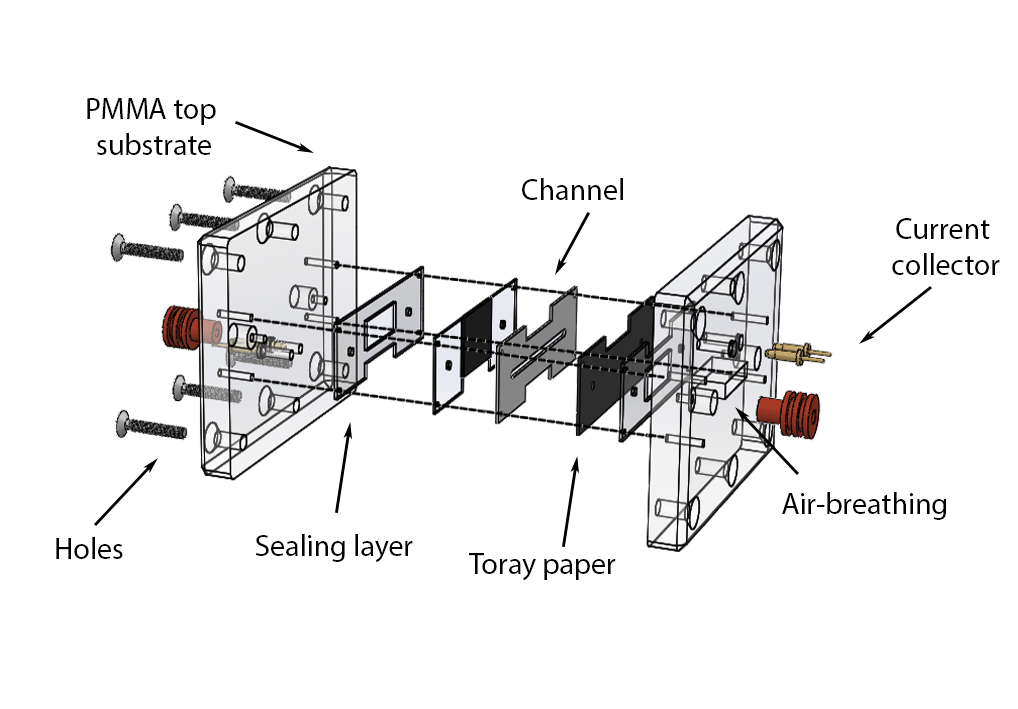