Sunrise, 2nd Floor, Jupiter 1 & 2 (Moon Palace Resort)
P. Mangal, M. Dumontier, N. Carrigy, and M. Secanell (University of Alberta)
Mass transport is one of the key factors limiting the performance of polymer electrolyte membrane fuel cells (PEMFC). Mass transport in the gas diffusion layers occurs mainly by molecular diffusion. However, convection might also become important under some circumstances. For example, in serpentine fuel cells, convection might be important at the channel bends [1]. Knudsen diffusion might also have a small role for cases where, due to high PTFE loading and high compression, the average pore size in the GDL is reduced.

An experimental set up based on a diffusion bridge has been developed to determine the in-plane permeability and effective molecular diffusivity of gas diffusion layers used in PEMFC both uncompressed and under compression. In order to estimate in-plane permeability, nitrogen is introduced in one channel and passed through the porous sample and the pressure drop is measured. In order to measure in-plane diffusivity, nitrogen and oxygen are passed in separate channels connected only by the porous media. The oxygen concentration is measured in the nitrogen channel using an oxygen sensor. Further, by applying a pressure differential between the channels the ratio of convection and diffusion is modified. 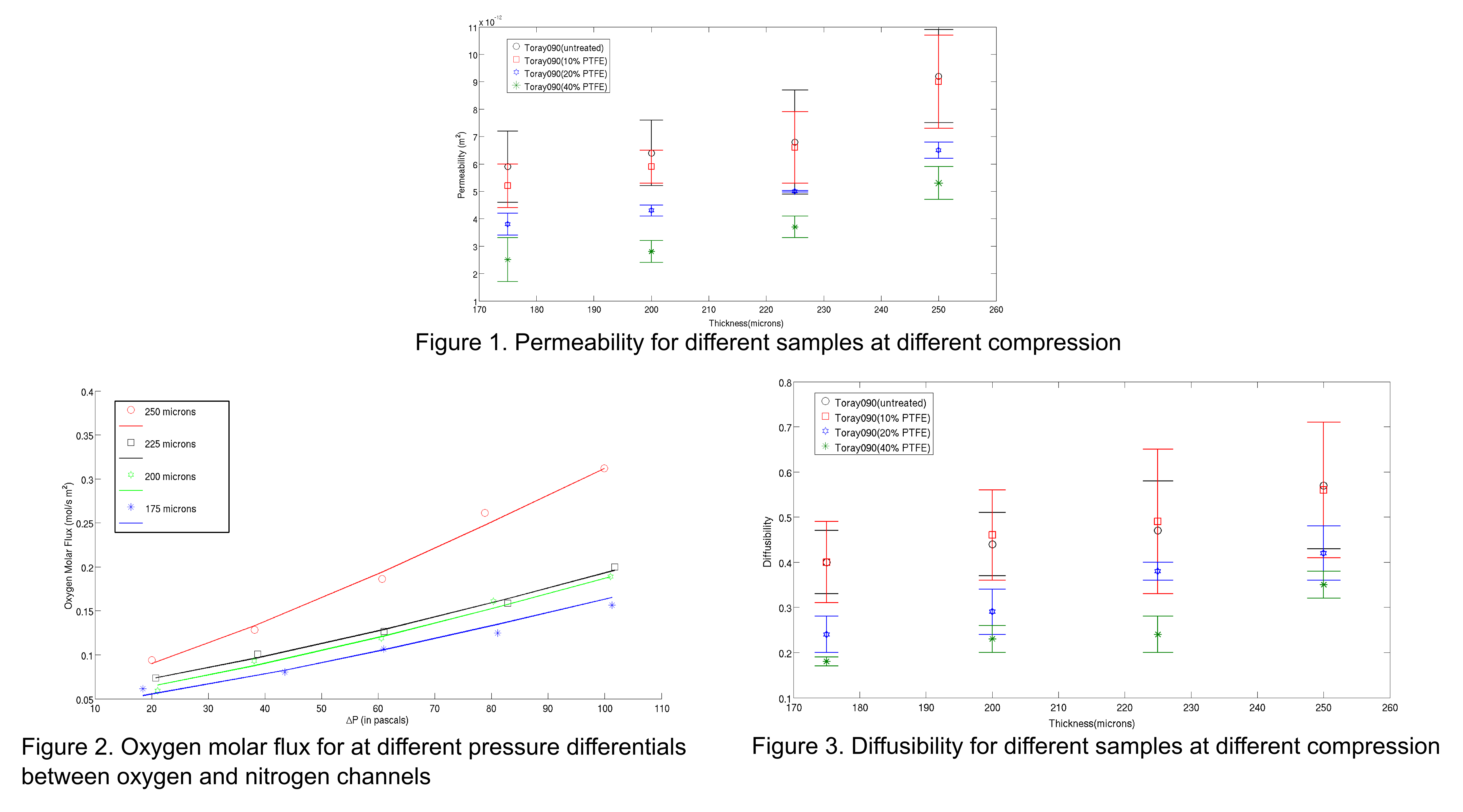