In this study, numerical simulation and experimental methods have been used to study the impact of EOF on lipid vesicle electroformation. Simulation results show that EOF can generate vortex near the walls, which will act on the lipid film and induce the formation of lipid vesicles. These results are matched with some previous studies well, and can give some reasonable explanations of those experimental observations. For example, failure to carry out electroformation of GUVs in buffers with high ionic strength is because zeta potential z decreases with increased ionic strengths and then weakens EOF significantly.

According to the simulation results, the electric field within the traditional electroformation method is optimized by applying electric field coplanar with the deposited lipid film. It can solve the terrible vesicle electroformation in high ionic strength buffers and increase the yield, because the strongest EOF appears near the plane in parallel with the electric field in a closed chamber. On-chip experiments show that attached vesicles on the bottom were pulled by EOF and tilted to its direction, so transverse EOF helps the electrofomation. Furthermore, production of GUVs was demonstrated to be several orders of magnitude higher than those of traditional methods.

Figure. Lipid film was deposited on the substrate of the chamber. A 2D modeling of the vertical chamber was numerically studied. A) and B) Velocity profile and streamlines of EOF formed when applying a non-coplanar electric field and a coplanar one, respectively. Arrows illustrate the electric field applied. C) Velocity distributed on the bottom under the effect of different field, which demonstrated the advantage of coplanar electric filed apparently. D) Vesicles generated under the coplanar field. The production proved to be several orders of magnitude higher than those under non-coplanar filed. Vesicles under the arrow were pulled by EOF and tilted to its direction. 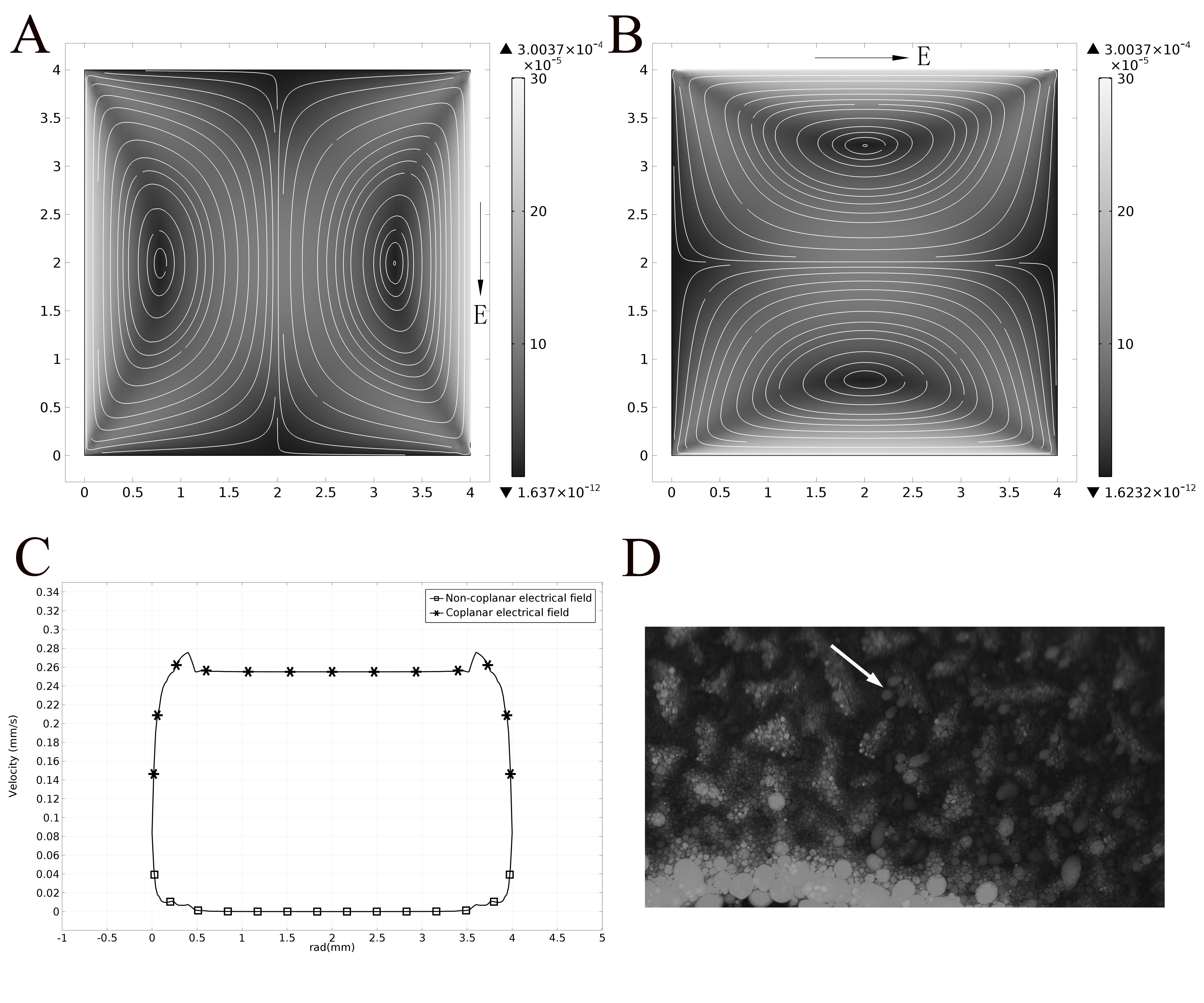