Now the common test method of oxidative stress is Enzyme-linked immunosorbent assay (ELISA). ELISA needs color giving dyes, complicated preparation of sample, and optical system, so it is very expensive and inconvenient. In our study, we present a high sensitivity hydrogen peroxide sensor with ultra-low detection limit. The sensor can directly test the sample and only need very small amount of sample. And because of the simple structural design and fabrication, the sensor can be used as a cheap, efficient, and portable sensor system.

In the future, the novel hydrogen peroxide sensor has various applications in studying oxidative stress and detecting reactive oxygen species for cells. Furthermore, we can combine the PANI sensor with different enzymes to fabricate other highly sensitive sensors to detect diverse materials, such as glucose, lactic acid and cholesterin.

The HRP-modified resistive sensors based on n-alkylated polyaniline(PANI) detect hydrogen peroxide in solution with very high sensitivity, ultra-low limit, and short response time. The sensitivity is higher than that of other sensing methods, such as electrochemical sensors or transistor sensors. The detection limit of PANI sensor is 0.7 nM (Figure 1. a, b). It is three orders smaller than that of other common methods with detection limit around 1 μM. To the best of our knowledge, it is the lowest detection limit that has ever been reported. And We combine the hydrogen peroxide sensor with glucose oxidase to build up the glucose sensor.

In summary, the hydrogen peroxide sensor can provide a more exact hydrogen peroxide concentration and quick detection. The simple process for the sensor fabrication also allows the sensor to be cheap, disposable and combinable with other sensors to build up sensing system. 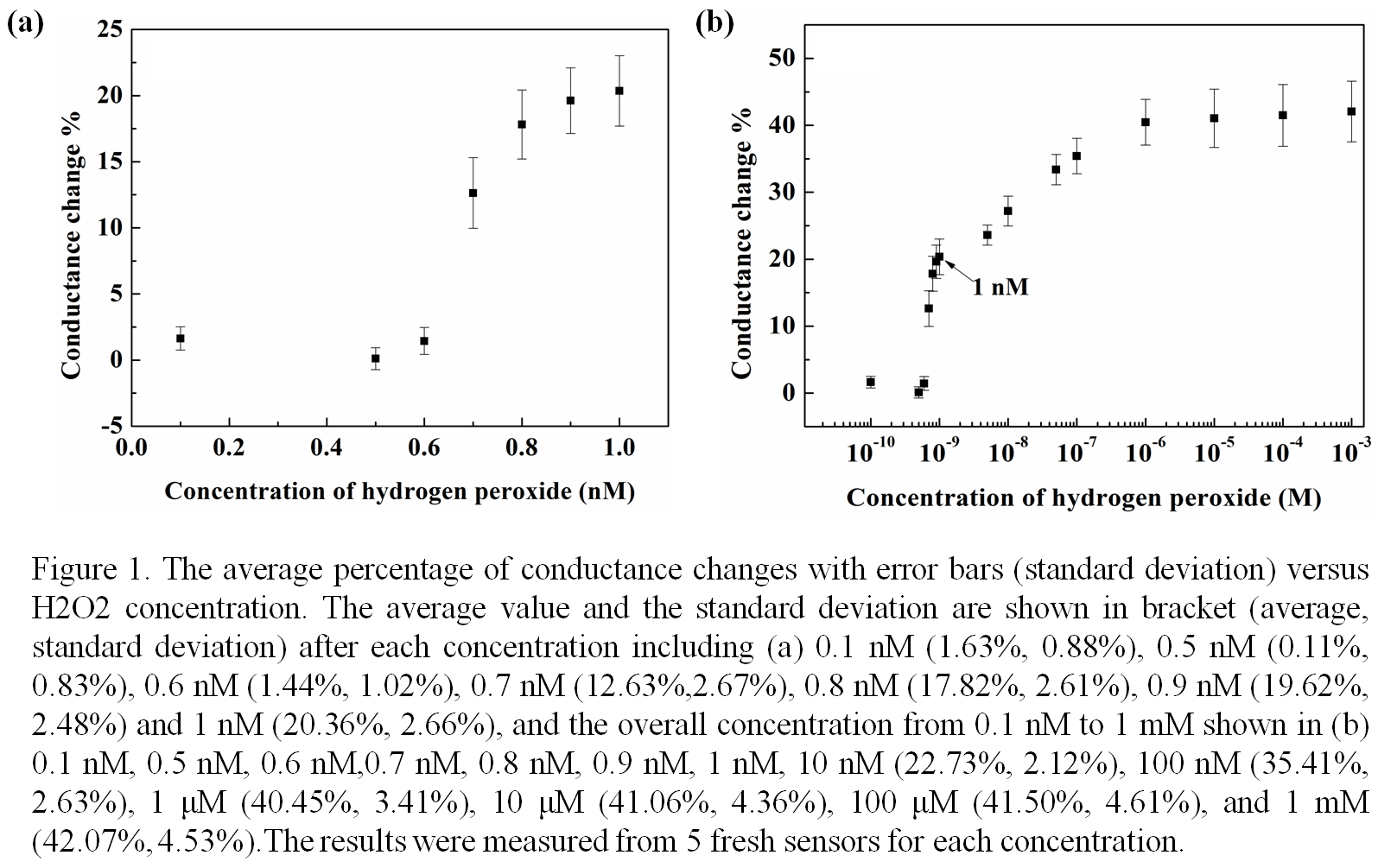