In this study, we examined the interplay between PS diffusion and cycle processes. Moreover, we was designed to test PS migration in electrolytes featuring distinct salt concentrations, and in-operando TXM (Transmission X-Ray Microscopy) analysis (Fig. 1) was used to study the dynamics of PS dissolution. These findings demonstrated that using the lithium salt at a high concentration in the electrolyte enhanced the electrochemical performance of the battery. The S particle did not dissolve completely until the middle of the 2nd plateau of the lithiation process at high lithium salt concentration, indicating that the dissolution that occurs during lithiation was delayed.

The results presented here demonstrate that using electrolytes containing a lithium salt at a high concentration can not only inhibit the dissolution of lithium PS but also effectively retard the migration of the lithium PS in the electrolyte, which substantially enhances the electrochemical performance of the battery. We believed that the strategy of developing a hybrid electrolyte by incorporating lithium salt and liquid PS is a very promising electrolyte for long cycling Li-S battery. 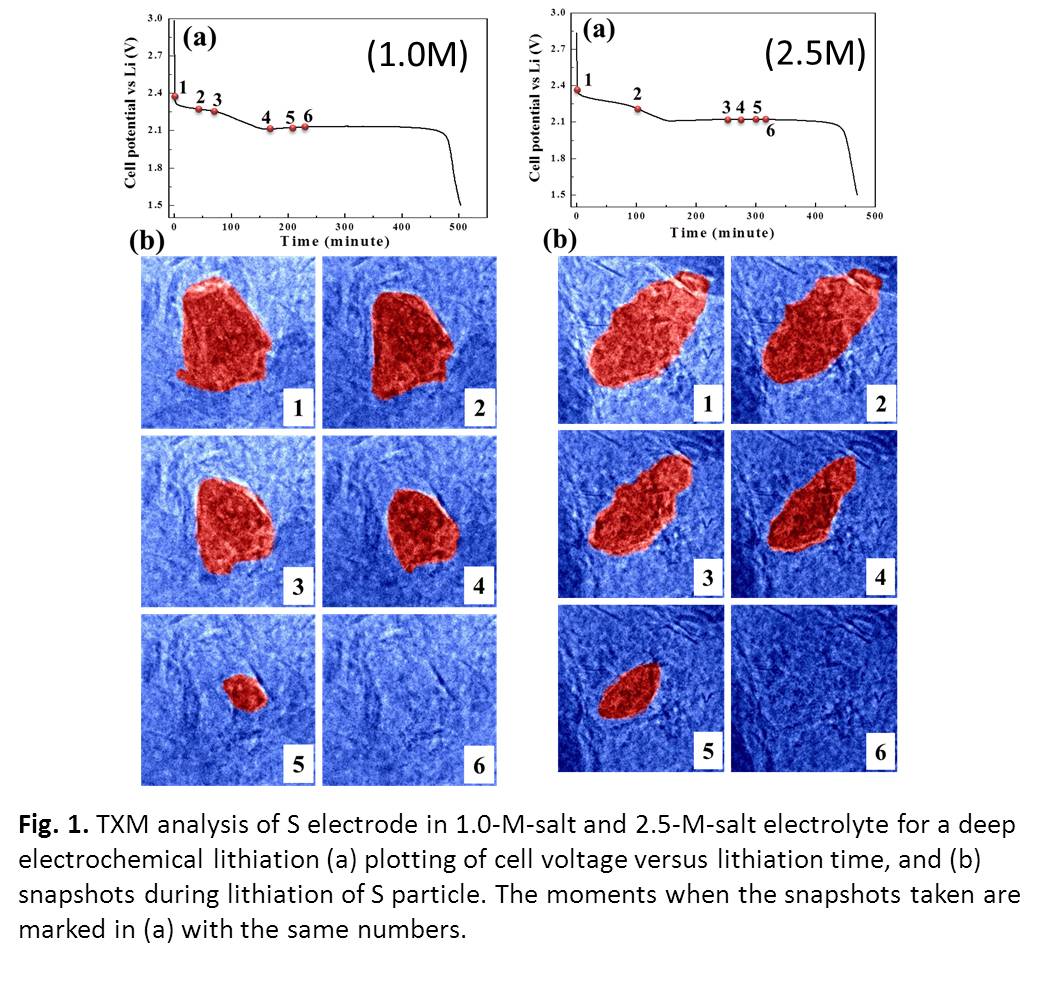