Unfortunately, the Lisicon ceramics and other NASICON type electrolytes such as Li1+xTi2-xAlx(PO4)3,  commonly known as LATP, are not stable in contact with lithium metal[v] and an electron conducting product is produced which is very fragile and destroys the membrane. One approach to prevent this reaction is to add a lithium metal stable protective layer between the lithium metal and the Lisicon. For example, lithium phosphorous oxynitride (LiPON) can be deposited onto the Lisicon surface by reactive sputtering[vi]. This coating is stable but it requires an additional process which is performed under high vacuum and is less adapted to large scale production. This protective layer also adds additional resistance, even with micron thick layers.

The electrochemical stability of the ceramic membrane was also demonstrated by applying a current collector on the surface of the ceramic and applying a reducing potential of -0.3V vs Li metal. A dense lithium metal layer was electrochemically deposited directly on the surface of the ceramic membrane without degradation of the solid electrolyte and without requiring any protective coating. This lithium metal negative electrode was then cycled without affecting the stability of the LLZ interface. 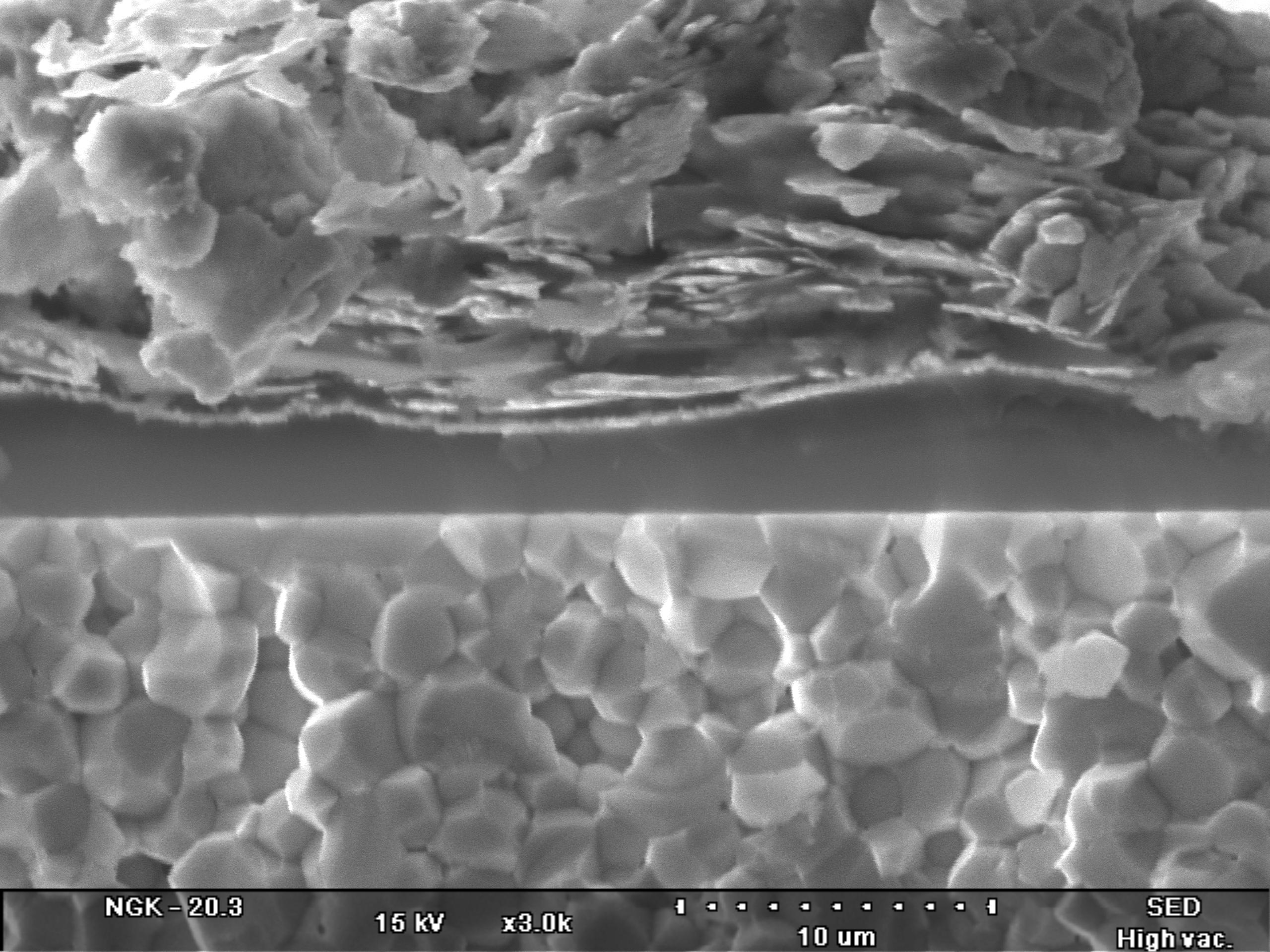