Sunrise, 2nd Floor, Galactic Ballroom 1 (Moon Palace Resort)
M. H. Han, B. Acebedo, E. C. Gonzalo (CIC EnergiGUNE), and T. Rojo (Universidad del Pais Vasco (UPV), CIC energiGUNE)
The commercial success of Li-ion batteries over last decades leads to large investments in developing safer battery with bigger capacity and less expensive materials and the application of Li-ion battery is being explored for EV and beyond these days[1]. However, expending the use of Li-based battery to a large electricity storage system for grid support may be more realistic if more abundant earth element could be utilized. One of the fine candidate to replace Li ion in large scale battery facility would be Na ion which is one of the most abundant element in earth´s crust[2] and sea water.

Layered oxides, NaMO2 (M = Cr, Mn, Fe, Co, Ni, and mixture of 2-3 transition metal) show one of the largest capacities among the Na-ion cathode candidates due to their structural simplicity. Particularly, Na(FeMn)O2[3] is of great interest because Fe and Mn are abundant and environmentally benign. Recently, one of the largest capacities was reached with P2-phase Na2/3Fe1/2Mn1/2O2[4]. O3-phase of the same composition, however, could not be prepared because each phase depends on the Na concentration[3].
Here, we report synthesis and direct comparison of electrochemistry between P2- and O3-phase Na2/3Fe1/2Mn1/2O2. The pure phases of P2 and O3 are confirmed by XRDs as shown in figure 1 and we have obtained a similar electrochemical performance in terms of capacity and cyclability for both phases. Our focus is to rationalize electrochemical behavior based on the structural types and Na surrounding environment while keeping the composition of oxide layer the same. 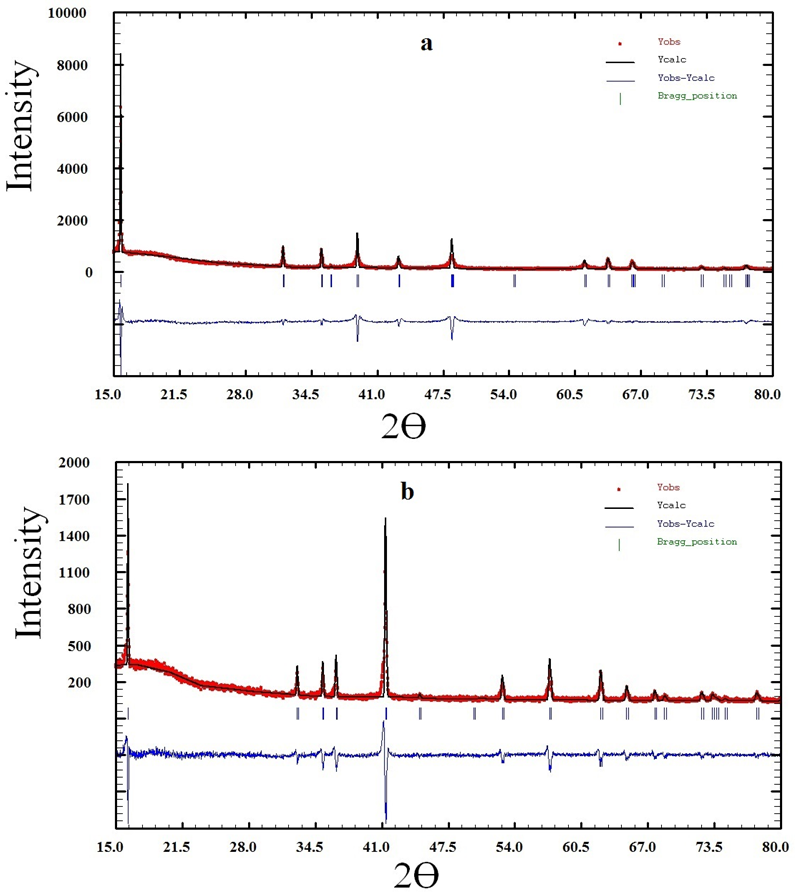