Graphene is also a good model substrate to be modified because of its interesting properties. A very attractive method for the modification of electrode surfaces is the electrochemical reduction of aryldiazonium salts. This method is based on the formation of an aryl radical which reacts with the electrode surface giving a strong bond between substrate and organic layer.3 Numerous studies have been reported about spontaneous functionalization of various diazonium salts to modify graphene-based substrates (including CVD-grown graphene). However, according to our knowledge, the electrochemical grafting of CVD-grown graphene electrodes by diazonium reduction is relatively rare. Therefore, the aim of this study was to investigate the electrochemical grafting of graphene-based electrodes via electrochemical reduction of the corresponding diazonium salts. The synthesis of graphene was performed by CVD onto Ni foil and the functionalization of CVD-grown graphene with aryl groups was carried out in a specially designed three-electrode cell set-up using cyclic voltammetry (CV). Furthermore, the CVD-grown graphene on Ni foil electrografted with aryl groups was characterized by X-ray photoelectron spectroscopy (XPS), Raman spectroscopy, atomic force microscopy (AFM) and CV. 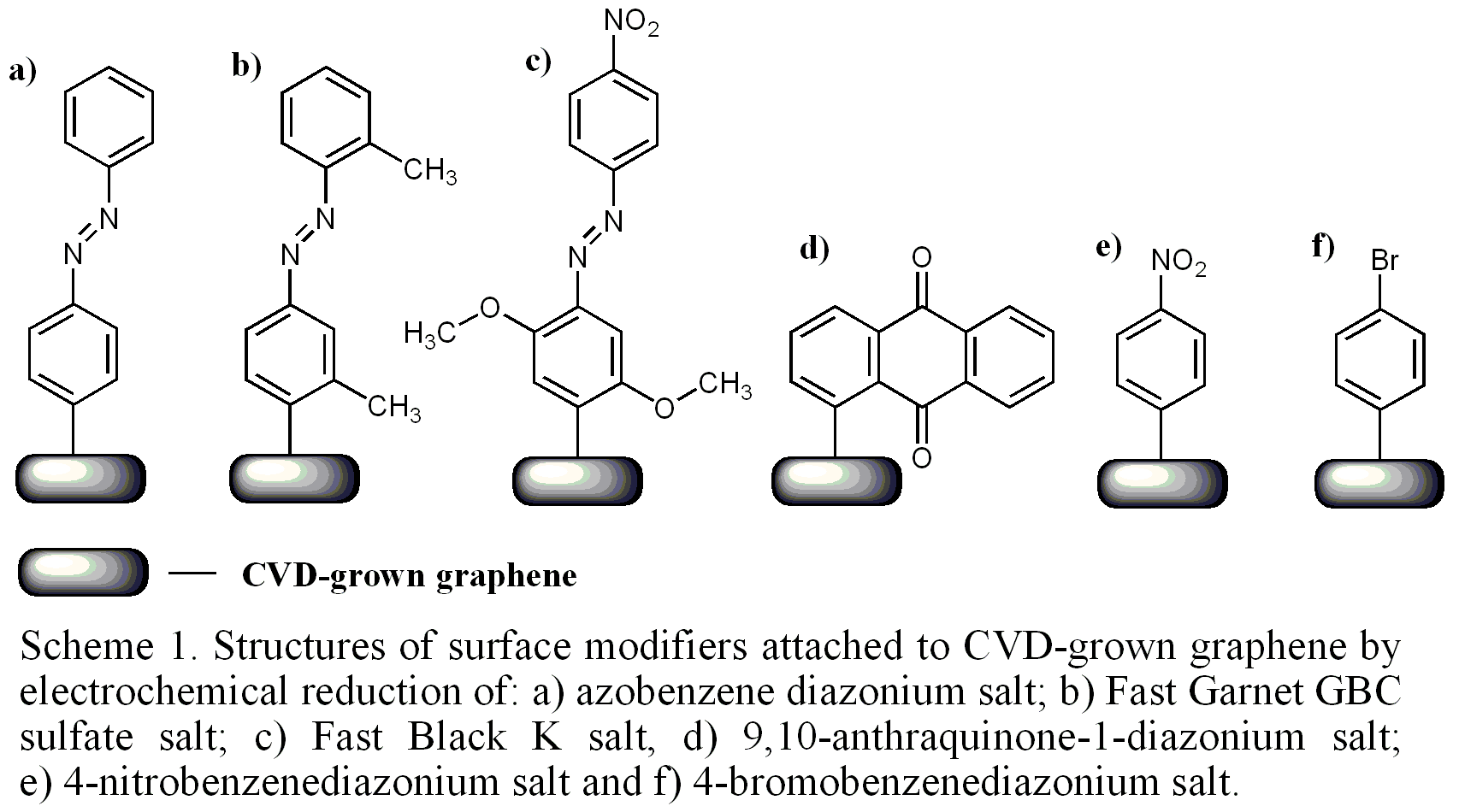