Sunrise, 2nd Floor, Star Ballroom 5 (Moon Palace Resort)
B. Put (Department of Physics, KULeuven, B-3001 Leuven, Belgium, imec, Kapeldreef 75, B-3001 Heverlee, Belgium), N. Labyedh (imec, Kapeldreef 75, B-3001 Heverlee, Belgium), I. P. Radu (IMEC), C. Huyghebaert, P. M. Vereecken (imec), and A. Stesmans (Department of Physics, University of Leuven)
Three-dimensional (3D)Li-ion batteries hold the potential to revolutionize the battery landscape. They are expected to provide a high power output and at the same time a large capacity. The potential for high power is related to the fast kinetics associated with thin film materials, while the high capacity may be provided by the large volume of active material1.

One of the best characterized high voltage battery electrodes is LiMn2O42.Until now, in order to attain sufficient capacity, powders of relatively thick layers of material with bulk properties were the focus of attention. However, by using 3D substrates the need for thick films to obtain high capacity is relieved, since the capacity is proportional to the area enhancement created by the 3D substrate.

In this work we report on the evaluation of ultra-thin (25-100 nm) LiMn2O4 layers. The material was deposited by RF-sputtering on a Pt substrate. Subsequently, the layers were annealed at 800 °C. Crystallinity and morphology were investigated using x-ray diffraction (XRD) and scanning electron microscopy. Even the thinnest layers (25 nm) were  closed and highly crystalline. The stoichiometry of the material has been determined by a combination of elastic recoil detection and X-ray photoelectron spectroscopy (XPS) measurements.

The electrochemical properties of the films were evaluated using a three electrode electrochemical cell. Cyclic voltammetry of all films showed  characteristic Li insertion and extraction peaks around 4 V and 3 V vs Li+/Li. Both the cyclability and
rate-performance of the films were investigated by charge/discharge experiments. Cyclability of LiMn2O4/LiPON half cells were also probed.

The work reported here will give more insight into the properties of ultra-thin films that are expected to be used in 3D batteries. It can also serve as model system for nanoparticle based batteries. 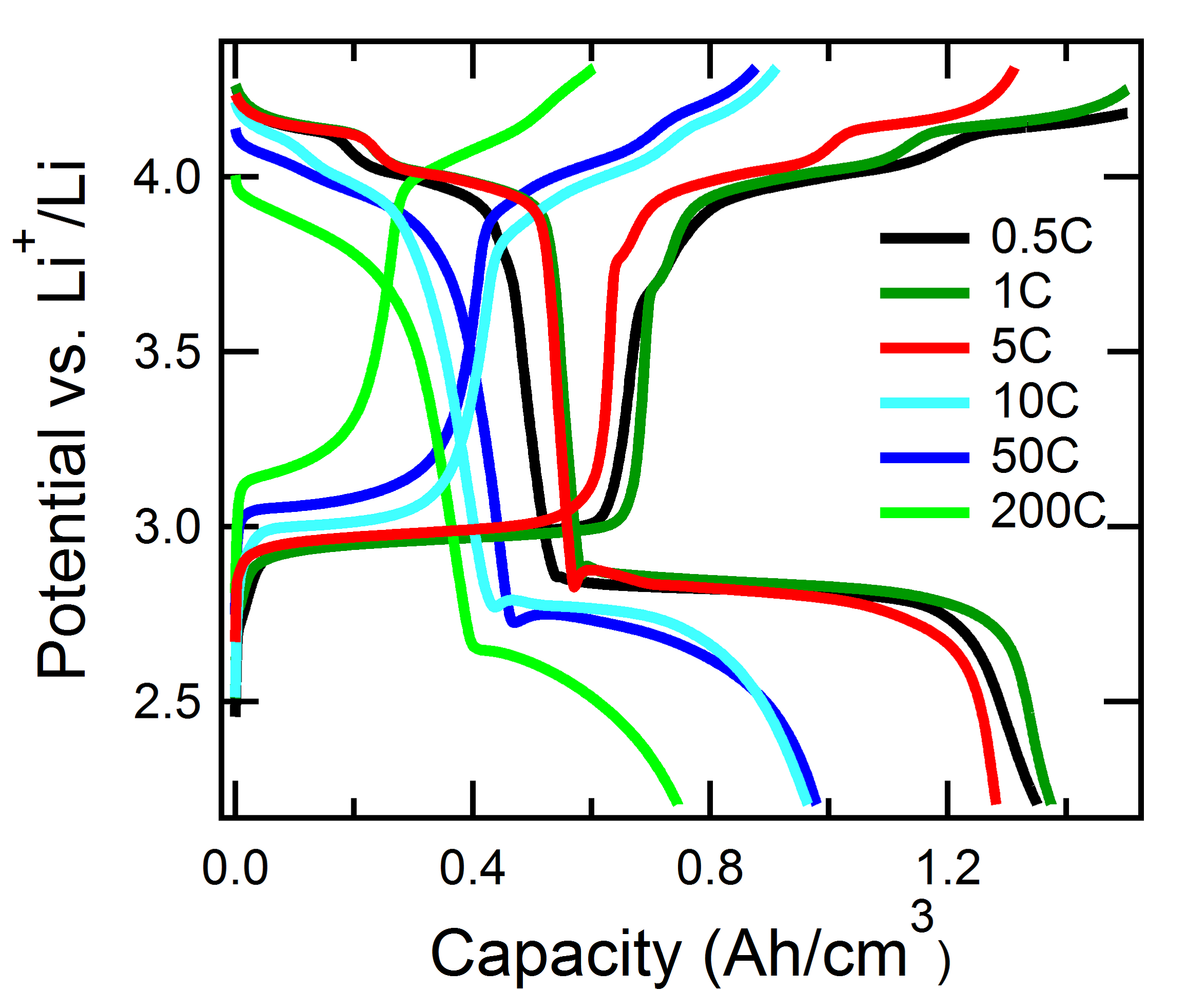