The power output and thermodynamic efficiency of electrochemical power producing devices, batteries and fuel cells, depend critically on the minimization of overpotential losses at the anode and cathode [1]. Significant overpotential, caused by inefficient electrocatalysis at the anode and cathode, remains the main obstacle for commercialization of the technologies of solid oxide fuel cells (SOFC) and polymer electrolyte membrane (PEM) fuel cells [1]. < style="text-align: justify;">

The introduction of a third electrode together with an auxiliary circuit which is run in the electrolytic mode permits fuel cell operation under previously inaccessible anode-cathode potential difference. This introduces a new controllable variable in fuel cell operation and can lead to significant reduction of the anodic and cathodic overpotential and thus in an enhancement of power output and overall thermodynamic efficiency. The triode operation has been tested both with SOFC and with PEMFCs, the latter with CO poisoned H2 feeds. In both cases significant, up to 800% and 400% respectively increases in power output have been obtained [2,3]. The new design is shown schematically in Figure 1 for the case of a PEM fuel cell. In the present study two reference electrodes added in order to measure the anodic and cathodic overpotential.

Two parameters have been introduced to quantify the results of triode operation. The first is the power enhancement ratio,  rP, defined as:

where Pofc is the cell power output for normal (Iaux=0) operation. The second parameter is the power gain ratio, ΛP , defined as

When ΛP>1 then the thermodynamic efficiency of the triode unit is higher than that corresponding to conventional fuel cell operation.

In the case of PEM fuel cells it has been found [3] that the cell power output can be enhanced by a factor of four with a concomitant 30% increase in thermodynamic efficiency. It was found that the applied auxiliary potential affects the charged transfer kinetics both at the anode and at the cathode and can enhance significantly the cathodic reduction of oxygen.

The triode fuel cell appears to be a promising concept under conditions of significant anodic or cathodic overpotential.

Significant enhancement in cell performance is possible only when anode and cathode are is at least partly polarizable. Mathematical modeling is underway to optimize cell geometry. Application of the triode operation in suitably modified PEMFC stacks also appears feasible [3].

Work supported under the ARISTEIA Programme. 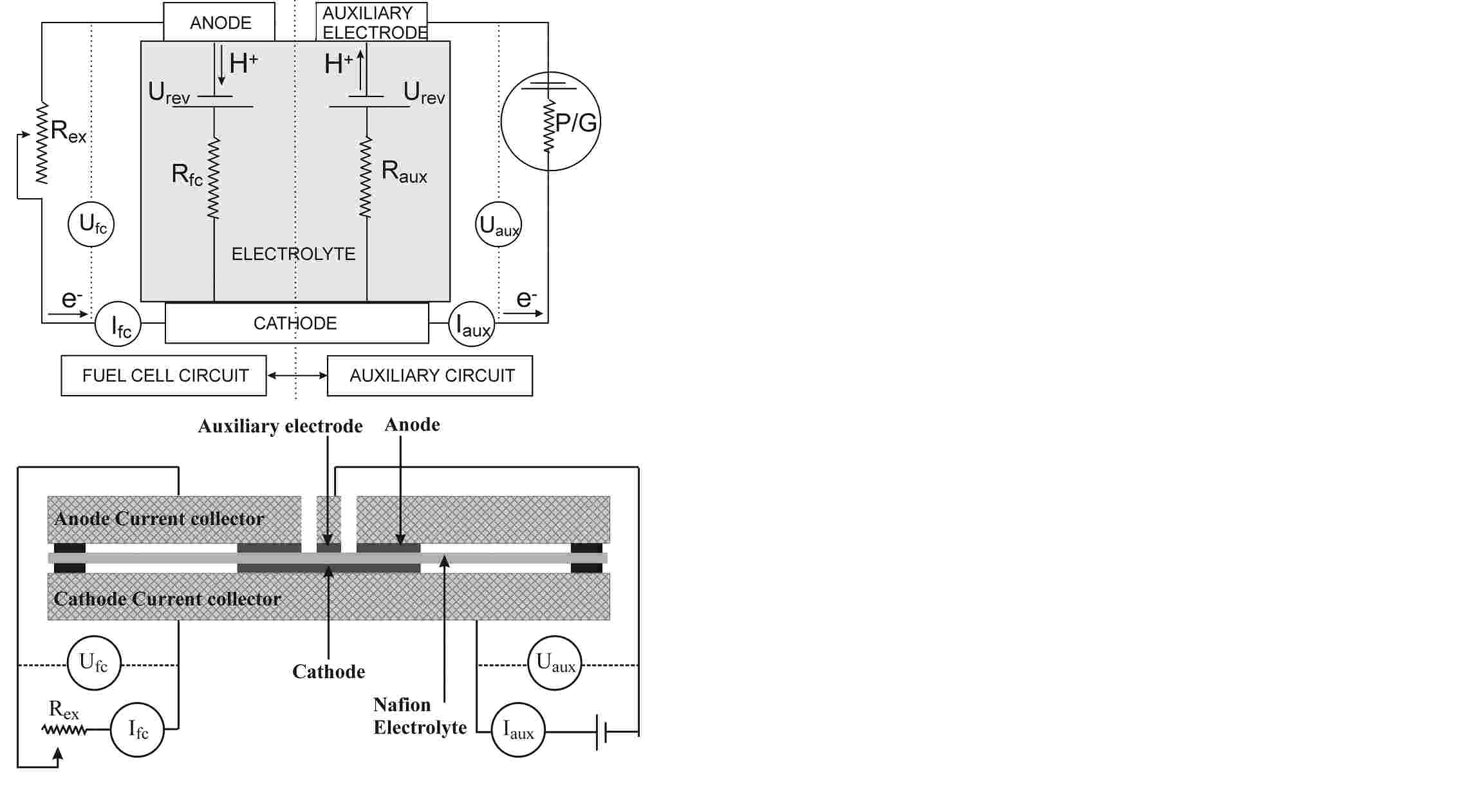