Here we discuss our progress in characterizing the discharge products in Mg-O2 batteries. Figure 1 shows a discharge curve for such a battery using 0.05M Mg(BH4)2 in dimethoxyethane as the electrolyte. This electrolyte has been shown to reversibly deposit and dissolve Mg [4]. A voltage plateau of 1.1 V is observed, similar to previously reported non-aqueous Mg-O2 battery [3]. The measured cell voltage is low compared to the theoretical voltage expected from formation of MgO and MgO2 (2.95V and 2.91V vs. Mg/Mg2+, respectively) [5]. The carbon cathodes were characterized by x-ray diffraction and Raman spectroscopy. It was observed that MgCO3 was the dominant Mg compound. MgCO3 formation is likely due to reactions with the carbon cathode or with the electrolyte. 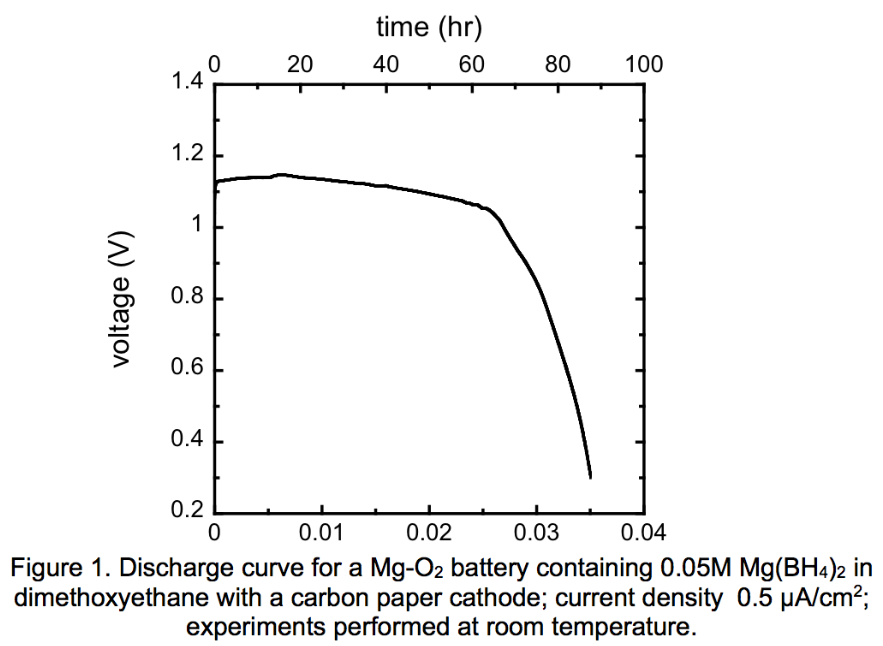