2070
Electroplating of Al on Si for Crystalline-Si Solar Cells

Although many metals have been used as the substrate for the electroplating of Al, no results regarding Al electroplating on Si substrates have been reported. In this work, we report the electroplating of Al on Si substrates using room-temperature AlCl3/[EMIM]Cl ionic liquids. The electroplating was performed by means of galvanostatic electrolysis and the surface morphology, composition, and crystal structure of Al deposits were characterized using scanning electron microscopy (SEM) coupled with energy dispersive X-ray analysis (EDAX) and X-ray diffractometry (XRD). In addition, the sheet resistance of Al deposits was studied to understand the effects of pre-bake conditions, deposition temperatures, and post-deposition annealing.

Figure 1. Top-view SEM of Al deposits obtained on Si substrate at 40 mA and 70 ˚C for 0.5 hours. The inset shows the corresponding EDAX analysis of the deposits.

Figure 3. Sheet resistance of Al deposits as a function of deposition temperature at 40 mA for 0.5 hours.

Figure 4. Average sheet resistances of Al deposits as a function of deposition temperature before (black curve) and after (red curve) vacuum annealing.

This work was supported by the U.S. Department of Energy through the SunShot Program under grant no. DE-EE-0005322.

[1] S. Caporali, A. Fossati, A. Lavacchi, I. Perissi, A.Tolstogouzov and U. Bardi, “Aluminum electroplated from ionic liquids as protective coating against steel corrosion”, Corrosion Science 50, 534 (2008) 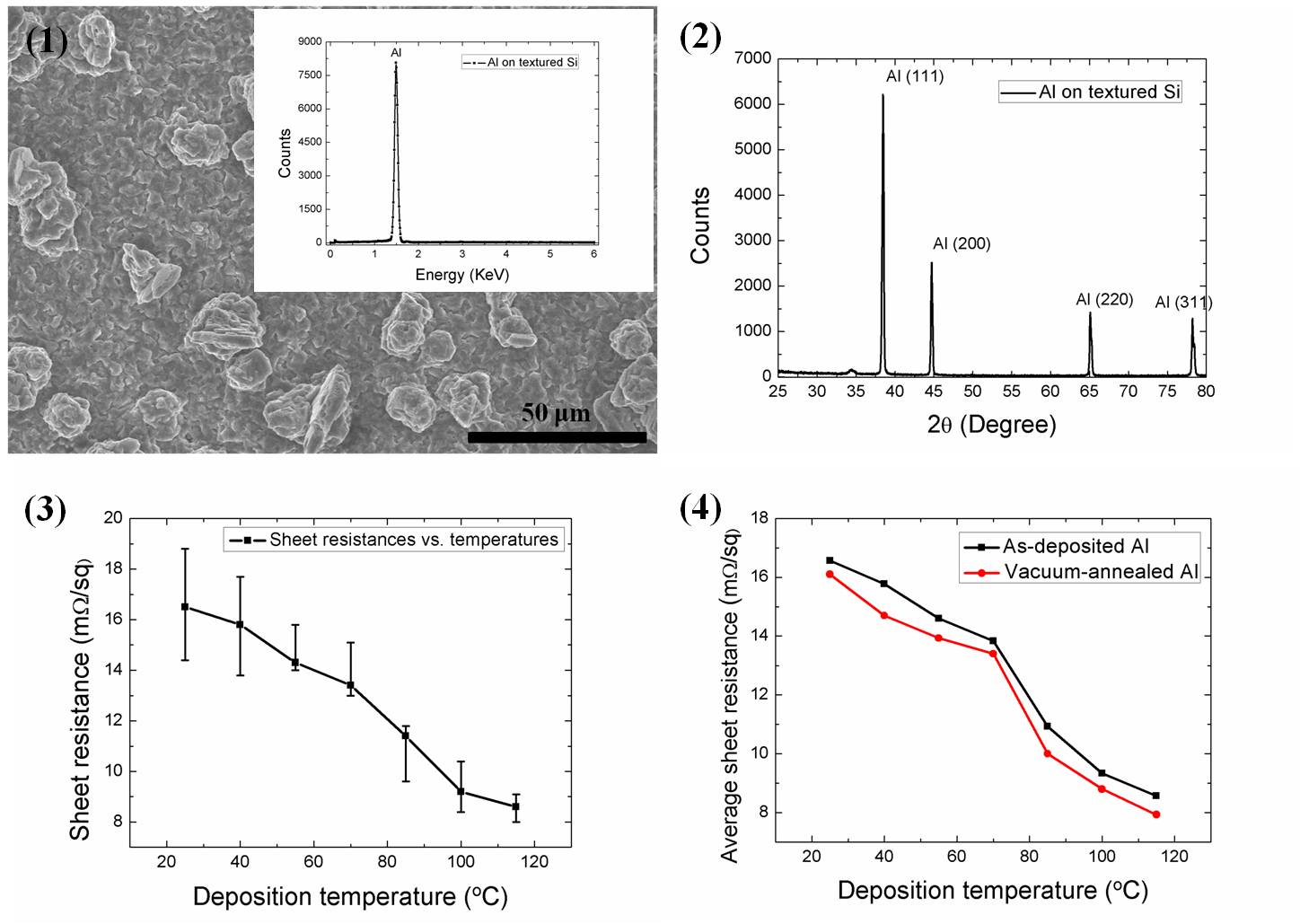