In our previous study, we verified the effect of Nafion on the ORR activity as a function of I/C ratio. The measured activity enhancement was reported ~1.8 times for a Pt/HSC catalyst when Nafion was completely eliminated. Further studies demonstrated that the activity could be further enhanced (~2.7 times compared to a Nafion-based catalyst layer) for extremely thin, uniform films that were Nafion-free.  The thin films of low Pt loading were prepared either by incorporation of a surfactant in the dispersion or by drying of the electrodes under controlled conditions.

While relative standard deviation (RSD; based on ~30 samples for each method) for Nafion based catalyst films ranged ~9–15%, RSD for Nafion-free thin, uniform films was ~6%. This clearly demonstrates high reproducibility of measured ORR activity with the Nafion-free thin, uniform films.  Although the reason of the increase has not been elucidated yet, O2 transport and proton transport resistances within the catalyst layer are the most probable causes.  Comparison of Tafel plots for Nafion-free and Nafion-based films to a polycrystalline Pt electrode provides some insight into the mechanism.  Definitive anion adsorption features of Nafion ionomer were not observable for the Pt/C catalysts in our studies.  Although further study is necessary to identify the cause of the large increase, the use of thin films without Nafion seems justified to reduce O2 transport and proton transport resistance within the catalyst layer.

The measured specific activity (Figure 1) for Nafion-free, thin-uniform Pt/C films compared to that for a similar Nafion-based film increased by a factor of ~2.7 and is very similar to the enhancements observed for PtCo/C films.  Additionally, the specific activity enhancements due to alloying with Co are similar for Nafion-based and Nafion-free films. 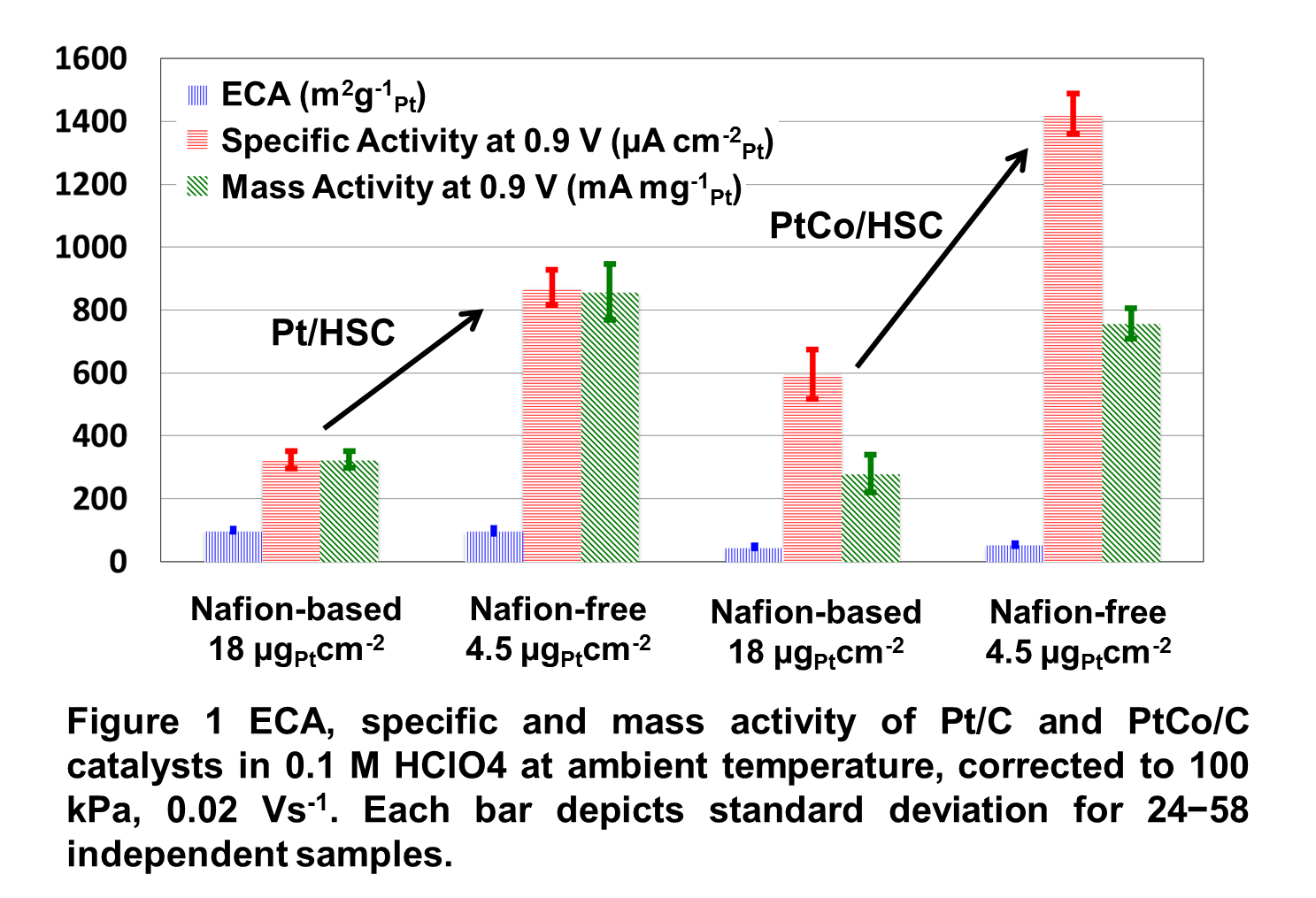