Expo Center, 2nd Floor, Gama Room (Moon Palace Resort)
H. J. Mandujano-Ramírez (Departamento de Física Aplicada, CINVESTAV-IPN), G. Oskam (Cinvestav-Mérida), J. P. Gonzalez-Vazquez, and J. A. Anta (Área de Química Física, Universidad Pablo de Olavide)
Many recent advances in novel solar cell technologies are based on charge separation in disordered semiconductor heterojunctions. In this work we use the Random Walk Numerical Simulation (RWNS) method to model the dynamics of electrons and holes in two disordered semiconductors in contact. Calculations are performed by simultaneously moving electrons and holes in two semiconductors in contact, according to Miller-Abrahams hopping rates, also we have implemented the Marcus hopping model. Recombination is taken into account by implementing a tunnelling distance-dependent recombination mechanism across the interface. This way, charge separation for specific heterostructures with energy distributions of surface traps in the two semiconductors involved can be adequately simulated.

We show that several fundamental features of bulk heterojunction (BHJ) and quantum dot (QD) sensitised solar cells can be accounted for by this model. The dependence of the open-circuit voltage on the HOMO energy of the donor material in BHJ solar cells is accurately predicted assuming short recombination distances and a diffusion mechanism of transport. In addition, the variation of the voltage with temperature is adequately reproduced. The linearity and recombination order in electron density for both types of solar cell can be extracted in two ways: (1) the behaviour of the open-circuit voltage as a function of the illumination intensity, and (2) from the variation of the recombination current with respect to the open-circuit photovoltage. The RWNS model in combination with exponential disorder and an activated tunnelling mechanism for transport and recombination is shown to reproduce correctly experimental charge separation. This provides a theoretical basis to study relevant features of novel solar cell technologies. This allows for the interpretation of impedance spectroscopy measurements [1]. 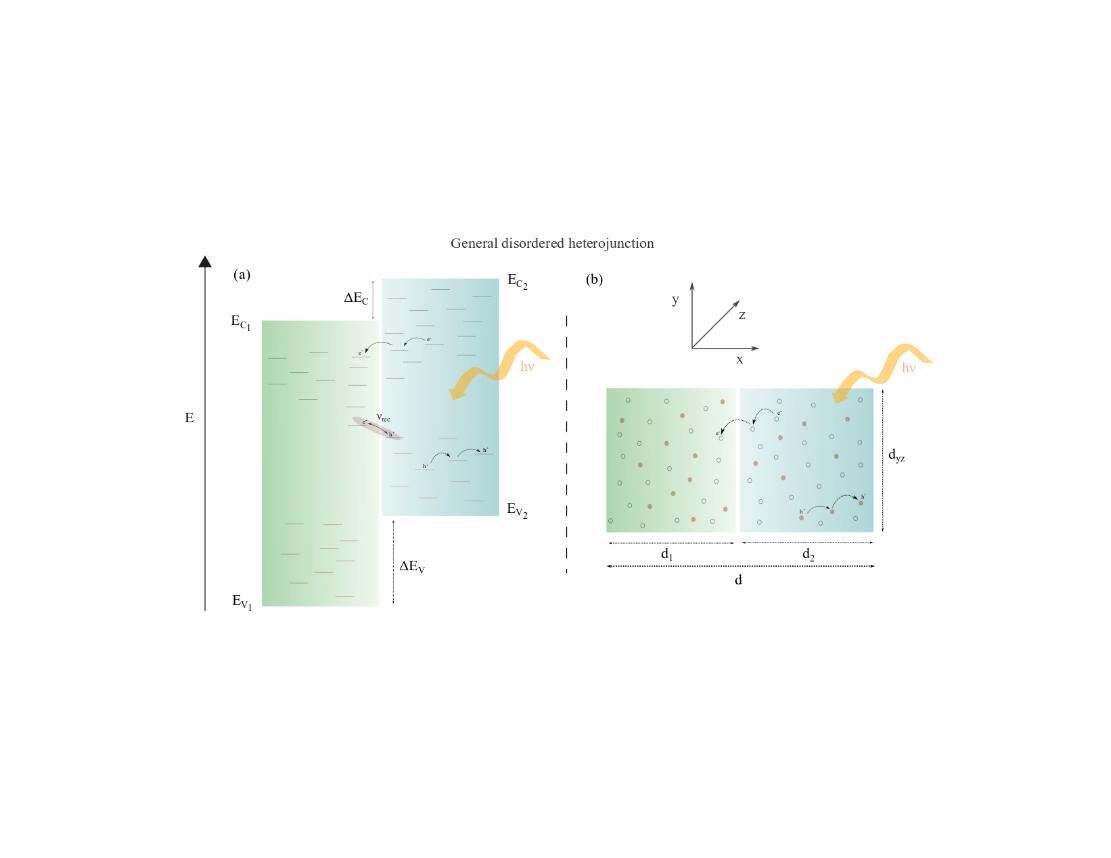