Brass is an alloy of Cu and Zn and an inexpensive source of semiconducting Cu2O, CuO and ZnO, which have all been used separately as photocathodes or photoanodes respectively for solar water splitting. However, thermodynamics and free energy change predicts a prevalence of ZnO formation when brass is oxidized. In this work however, we co-fabricate Cu and Zn oxides to form a highly adherent, mixed metal oxide surface and investigate the relationship between structure, property and performance in a PEC cell.

In order to make photocathodes, we first vacuum anneal brass which leads to a Zn-depleted Cu-rich surface. Following this, the foil is oxidized in air to obtain CuO. Simultaneously, Zn out-diffusion from the underlying brass, leads to formation of a mixed CuO-ZnO phase at the surface (Fig 1a) which is highly adherent to the metal foil underneath.

This study shows that thermal oxidation of metal alloys can lead to formation of highly interspersed, mixed oxide phases forming novel heterojunctions for use as economical and manufacturing-scalable energy harvesting devices. 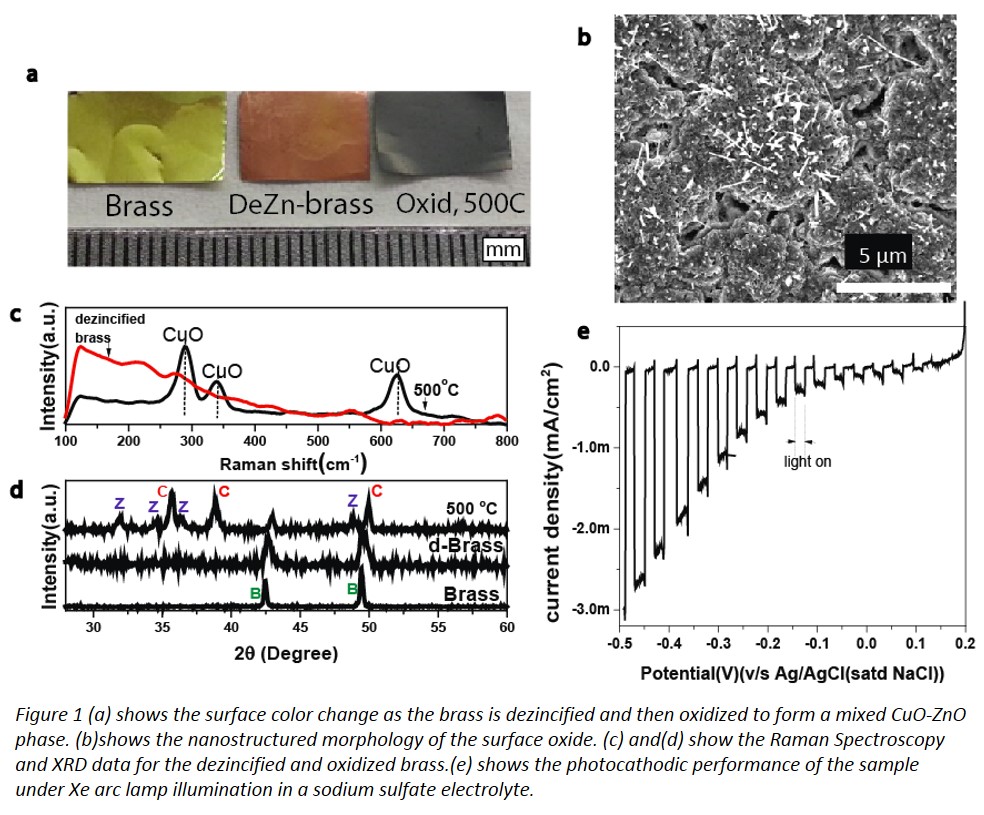