In this work we have studied a block copolymer of polyethylene and polyvinyl benzyl trimethyl ammonium bromide (PE-b-PVBTMA[Br], Fig. 1) for various transport properties. By using the dynamic vapor sorption apparatus we were able to study water and methanol uptake dynamics for this AEM. Fickian diffusion coefficients for both water and methanol were calculated during this study giving idea about the solvent uptake kinetics.

We also measured the conductivity of the AEM under 95% relative humidity (Figure 2). It was found that the AEM followed VFT theory behavior for transporting ions through it as opposed to the classical Arrhenius behavior. VFT behavior suggests that ion transport in the membrane is facilitated by the polymer chain motion as opposed to ion transport in water which is governed mainly by the Arrhenius type of behavior.

We also report methanol/water ion transport using the pulse gradient stimulated spin echo (PGSTE) NMR technique to determine the tortuosity of the membrane along with self diffusion of each species.

We would like to thank the Army Research Office for funding this Multidisciplinary University Research Initiative under contract #W911NF-10-1-0520 and the Colorado School of Mines NMR facility, funded by National Science Foundation under the grant CHE-0923537. We would like to thank Yifan Li, D M Knauss for providing with the polymer for this study. 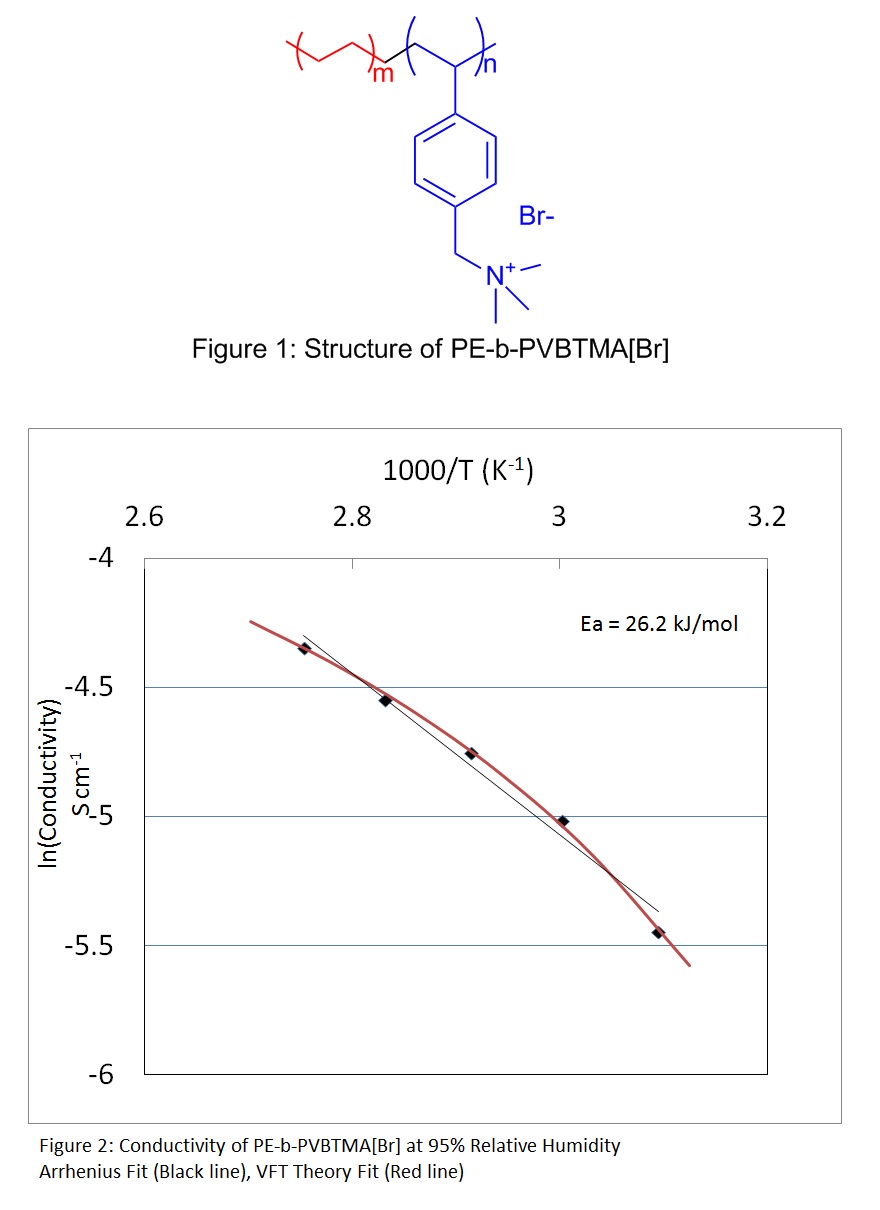