Typically, catalysis is achieved by chemical manipulation of the catalyst materials. Physical means, such as increased temperature and pressure, can also increase rates.  One means to increase temperature and pressure is irradiation of a fluid with ultrasound so as to induce cavitation.  Acoustic energy is carried by a wave that first compresses the fluid, then rarefies the fluid to form microscopic voids, and then compresses the fluid to collapse the voids. On collapse at the thin interface between the fluid and void, extreme temperature (T > 5000 K) and pressure (P > 103 atm) are generated.1

Ultrasound has been applied to electrochemical systems with the first studies undertaken by Coury, et. al.2 In these studies, cavitation was generated in a bulk electrolyte where electrodes were placed at a distance from a sonic horn or other ultrasound source. Large transport enhancements were observed, but effects on heterogeneous reactions were not observed. Bubbles introduced noise in the voltammetry and the distance between the ultrasound source and the electrodes allowed energy to dissipate. See Scheme 1.

Here, the ORR is investigated by sonoelectrochemistry undertaken in a thin layer electrochemical cell,3,4where:

In general, sonication in a thin layer increases interfacial rates without significant impact on transport3,4 and provides a general, physical means to effect catalysis.

References and Acknowledgments: Support of the National Science Foundation and the University of Iowa is gratefully acknowledged. 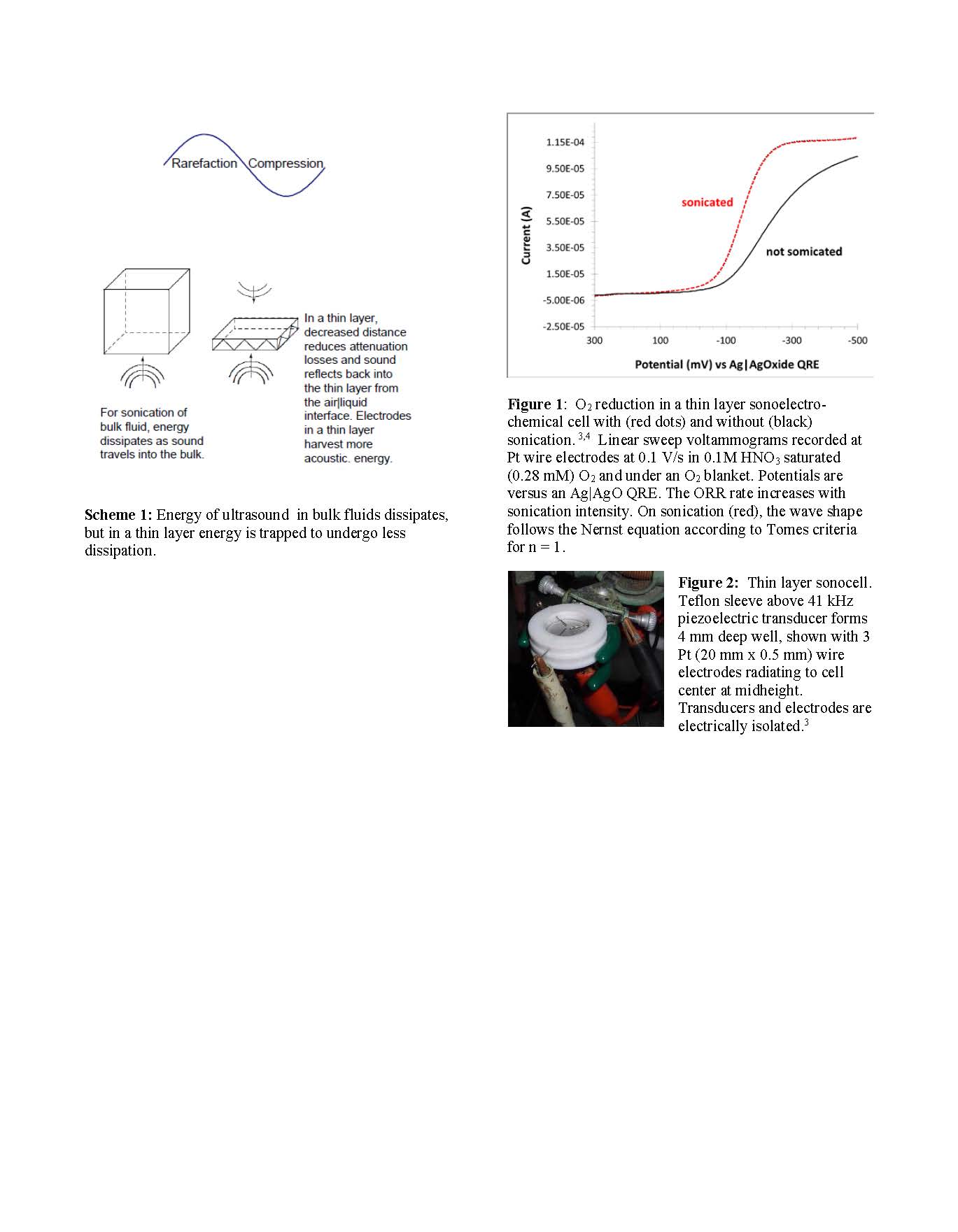