Expo Center, 1st Floor, Center and Right Foyers (Moon Palace Resort)
A. V. Sedov (Southern Scientific Center of Russian Academy of Sciences), M. S. Lipkin, and S. M. Lipkin (South Russian State Polytechnical University)
Significant number of electrochemical and contiguous problems are studied and solved via chronopotentiometry. So in [1] it was used to define the solution composition. Expanding this application chronopotentiogram can serve as a source of information about metal alloy composition if small part of alloy sample is passed into solution in three-electrode cell.

According to this method alloy sample is attached to the cell as a working electrode and is oxidized by series of pulses of current. Parameters of these pulses are selected so that contents of elements in solution would be the same as in an alloy. This solution is later reduced by series of pulses of opposite polarity current. Thus, obtained chronopotentiogram Ej=[ej1,ej2...ejn]T (fig. 1) consists of two stages: oxidation and reduction and its form depends on alloy composition.

However, as seen on fig. 1, obtained chronopotentiogram has a complex shape which doesn’t allow defining alloy composition directly by potential values of Ej. Therefore chronopotentiometry data treatment comes down to extracting required information from potential values vector  Ej. This extraction is often based on mathematical model of used electrochemical process with models like Poisson-Nernst-Planck system [2] and convolutions [3] being used.

Proposed approach to chronopotentiometry data treatment is similar to convolutive modeling, except for weight functions V are defined not theoretically from analysis of used process but adaptively as eigenvectors of covariance matrix K of training set of chronopotentiograms KV=VΛ where Λ - diagonal matrix of eigenvalues λi of matrix K.  Extraction is made via the following conversion: Yj=VTEj . And source chronopotentiogram can be recovered from Yj via the following: Ej=ΣyjiVi+Qj where Qj is constant bias vector. 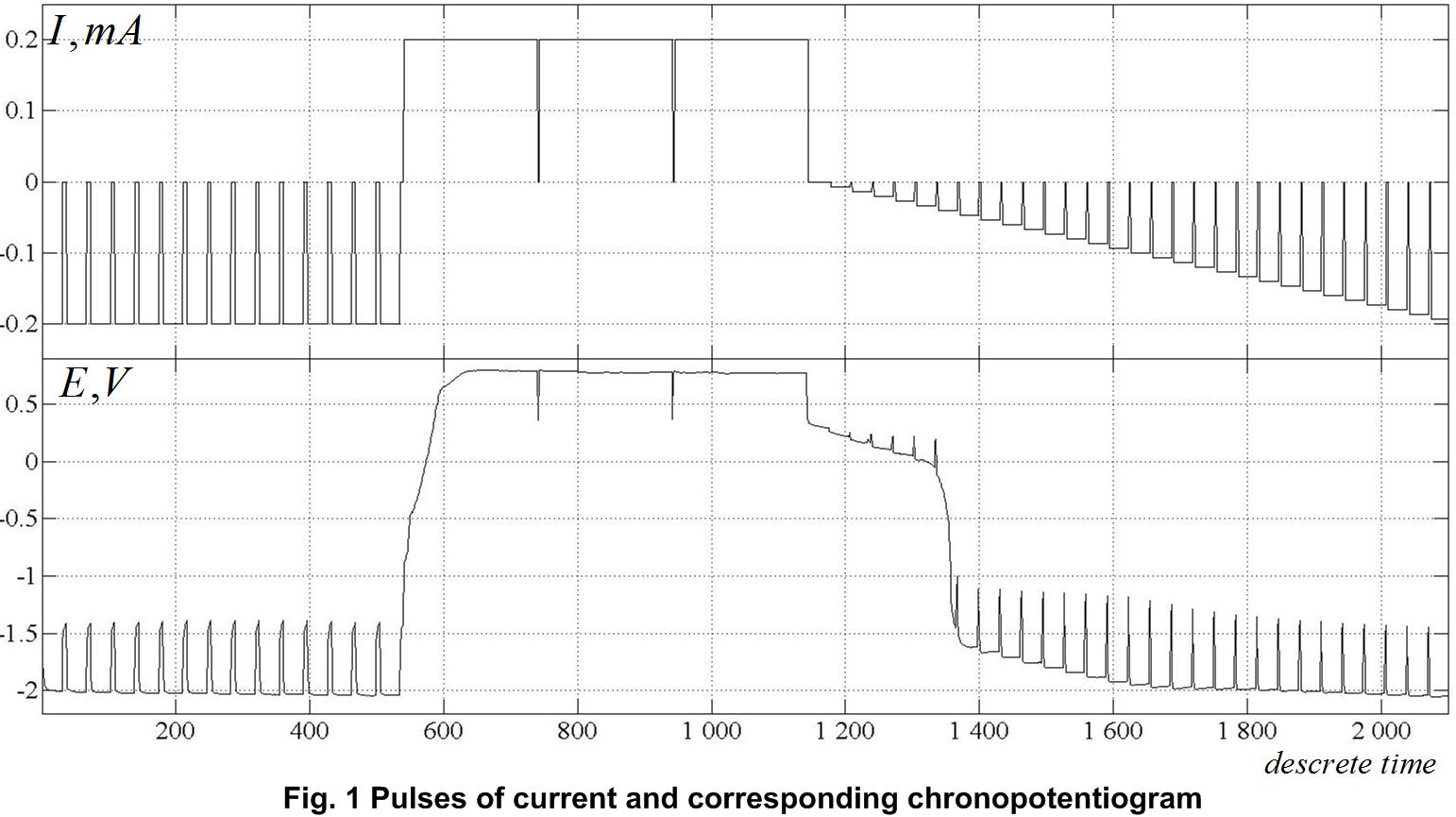