Expo Center, 2nd Floor, Universal Ballroom (Moon Palace Resort)
Y. Ulyanova and S. Singhal (CFD Research Corporation)
According to a number of reports about 90% of “used” water or wastewater remains untreated, and is pumped back into the environment, causing global pollution.  Proper treatment is needed prior to releasing this water back into the ecosystem or re-purposing it for alternate uses.

To meet the above-described need, a microbial fuel cell (MFC) has been developed, that can simultaneously generate energy from wastewater while also removing contaminants and allowing for its reuse, thereby greatly offsetting the net energy costs of water treatment.  A MFC is a device that directly converts chemical energy, derived through microbial metabolism, to electrical energy. Specifically for this system the organic contaminants are processed at the anode, while heavy metal (ex. hexavalent chromium) contamination is removed at the cathode.  This configuration of the MFC presents the novelty in the system’s design as compared to existing MFC technologies.

The method for bioremediation of organic and heavy metal contaminants in wastewater is different.  Organic contaminants are oxidized during wastewater treatment to carbon dioxide, whereas heavy metals are typically reduced to a safe metallic form.  Therefore, separate types of bacteria are employed for anode and cathode fabrication.  The bioanode bacteria, Shewanella oneidensis strain MR-1 [1], has been widely studied[2] for the use in MFC.  Bacterial attachment is facilitated by entrapment in biopolymers with carbon nanomaterials (including high surface area porous carbons and graphene) followed by incubation to allow for biofilm growth.  Previous work has shown that these composite electrodes form very stable bioelectrodes that can be used for months without degradation[3].  Spectroscopic activity assays (Figure 1) along with amperometric activity assays for oxidation of organic substrates are employed to study the effects of bacterial immobilization and catalytic performance at modified bioelectrodes. 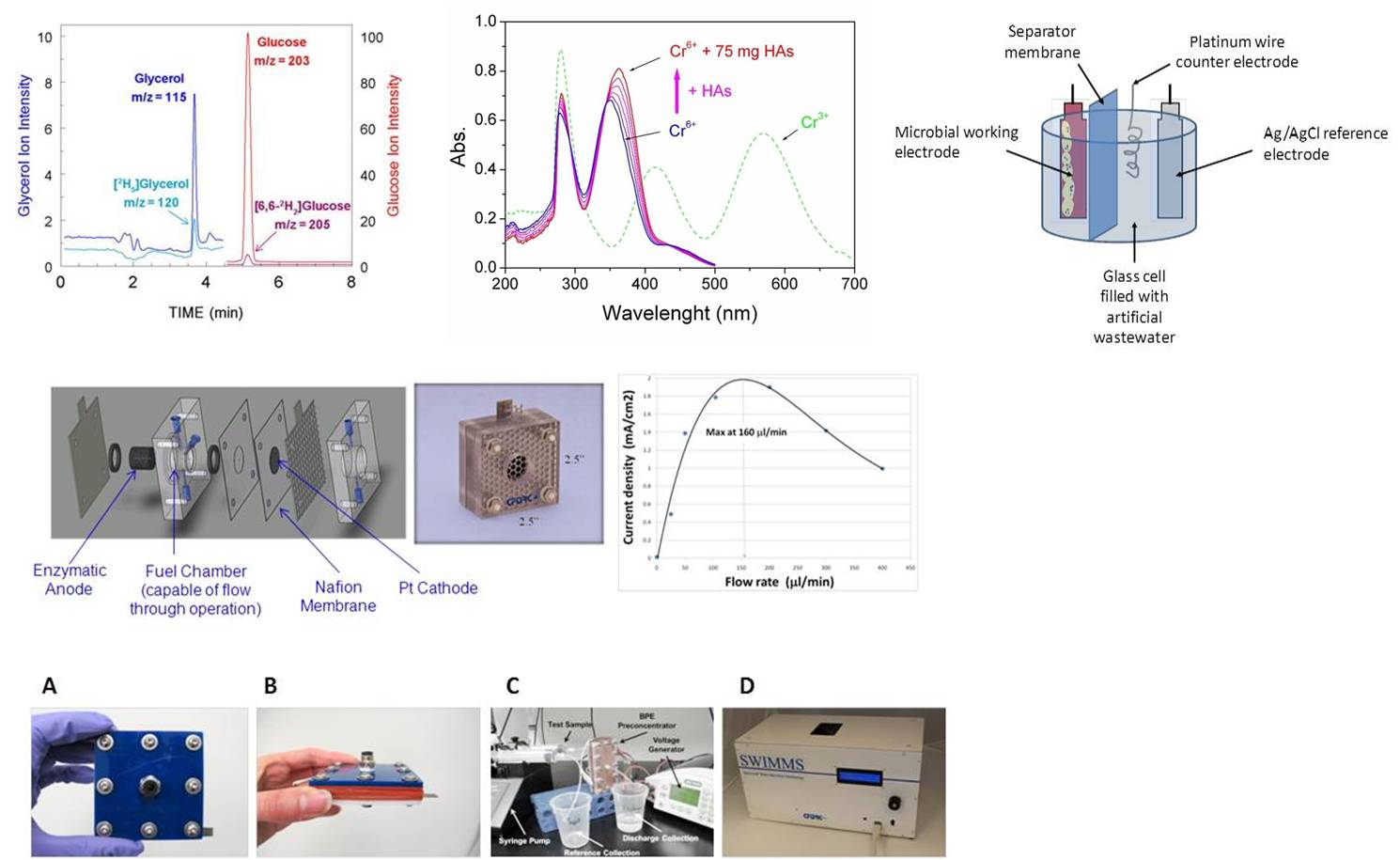