Various kinds of research activities on PEFC electrocatalyst have been reported so far, indicating high oxygen reduction reaction (ORR) activity and durability mainly measured in aqueous electrolyte systems such as a rotating disk electrode method.1-8 On the other hand, electrocatalyst is mixed with electrolyte to form CLs through deposition and solidification process. From industrial point of view, it is needed that performance of the electrocatalyst should be guaranteed as CL in MEA. CL is a multi-scale component, i.e. micro-scale porous electrode consisting of nano-scale materials (Fig. 1), where electrochemical reaction and mass transport occur simultaneously. Micro and nano structure of CL has been revealed gradually by means of characterization techniques remarkably progressed recently, such as electron microscope. 9-10However, it is still under development to characterize and diagnose structure and properties of CLs as overall and average value.

To reduce PGM usage, so far Nissan has been doing research and development on CL based on the strategy to understand the correlation between CL/MEA performance and the consisting materials through properties and structure via key mechanism.11-20In this presentation, diagnostics of PEFC CLs related to activity and mass transport are explained, mainly focusing on the unique analysis Nissan has been developing thus far. 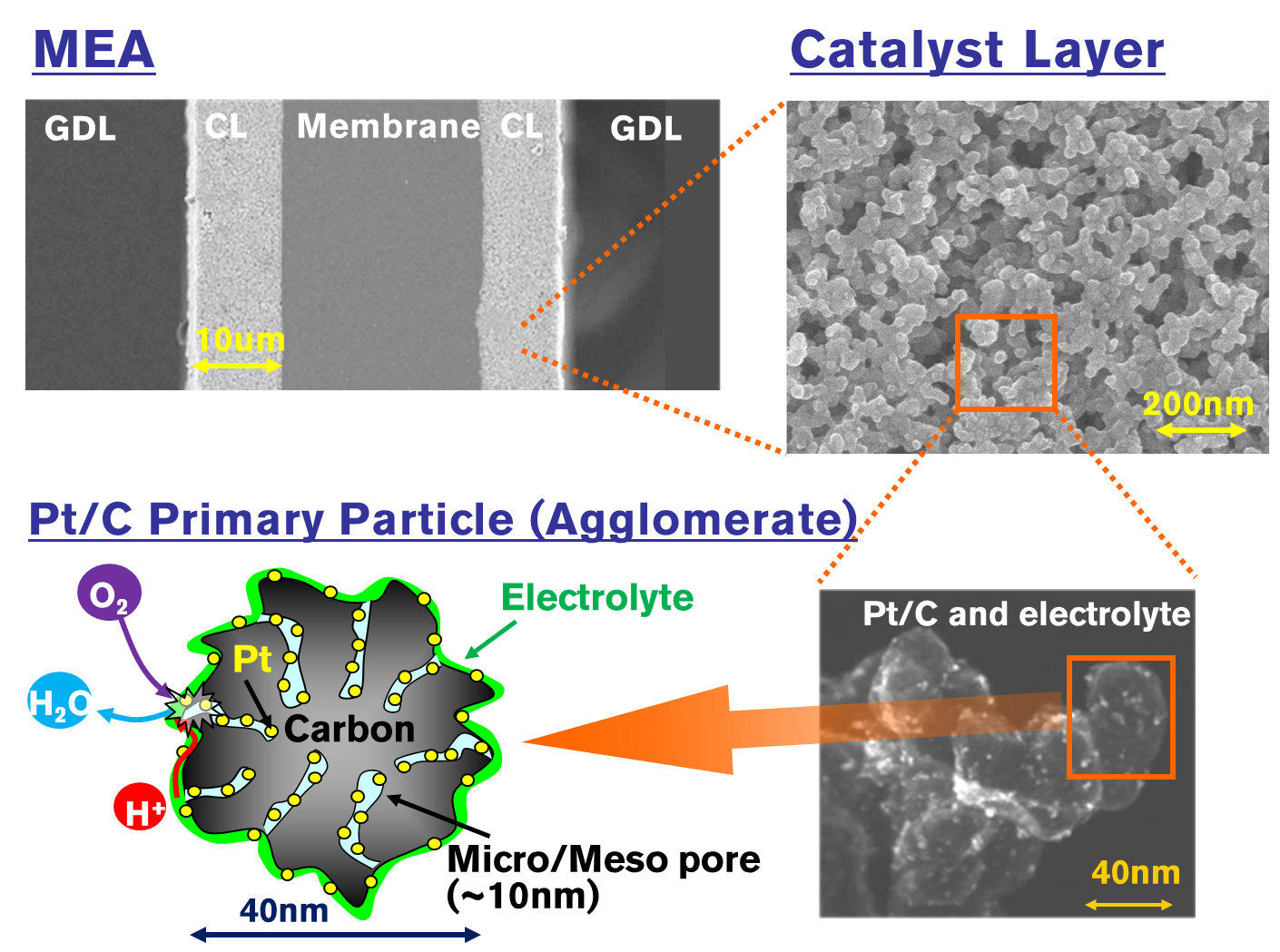