Conference Room 4G (Hilton Chicago)
M. E. Tuckerman (New York University)
Proton transport in aqueous and non-aqueous hydrogen-bonded media has long been an area of intense study due to its fundamental importance in emerging energy technologies such as hydrogen fuel cells and in biological problems such as proton pumping.  Our understanding of proton transport phenomena is based on the concept structural diffusion of a topological defect in the hydrogen bond network generally attributed to C. J. T. von Grotthuss.  Within this picture, long-range proton transport is driven by specific structural rearrangements in the local hydrogen bonding environment, however, pinning down the specific microscopic mechanisms in different media remains an immense challenge that has an immediate impact on the problem of designing novel materials for enhancing the proton transport process.  In this talk, I will show how first-principles molecular dynamics has contributed to our understanding of proton transport phenomena in a variety of systems including aqueous acidic and basic solutions (in the latter, the relevant transport process is of hydroxide ions), aand phosphate based materials including pure phosphoric acid and its mixtures with heterocycles.  In phosphate based systems, the dielectric properties are also of immense interest, and I will discuss the calculation of these from first-principles molecular dynamics.  In general, it will be shown that proton transport in aqueous systems relies largely on local fluctuations in the hydrogen bond network while phosphate systems, by contrast, transport protons along extended, polarized chains in a manner much closer to the original picture suggested by von Grotthuss.  Such mechanistic studies can help inform the process of membrane design for electrochemical devices such as fuel cells. 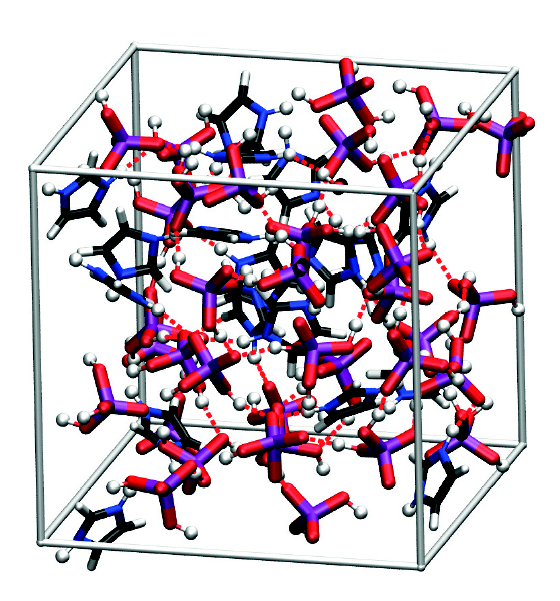