1806
Mechanistic Study of Palladium Based Electrocatalysts for Direct Borohydride Oxidation

The direct borohydride fuel cell (DBFC) is one of several promising direct liquid fuel cells due to easy fuel handling and high energy storage density [1]. DBFCs are still in an early stage of development and further improvements of anode catalyst materials and MEA design are necessary for widespread application.

Herein we present an extensive study of Palladium based catalysts for the anode reaction of DBFCs (see reaction 1) including several electrochemical experiments supported by 11B-NMR and FTIR measurements.

Palladium based electrocatalysts nanodispersed on high surface area carbon are prepared by reduction of precursor salts in an aqueous dispersion of the support material. The catalyst is characterized by transition electron microscopy (TEM).

By combining all results obtained from the experiments mentioned above a substantial proposition of ongoing mechanisms of BH4--electrooxidation on Palladium is presented. 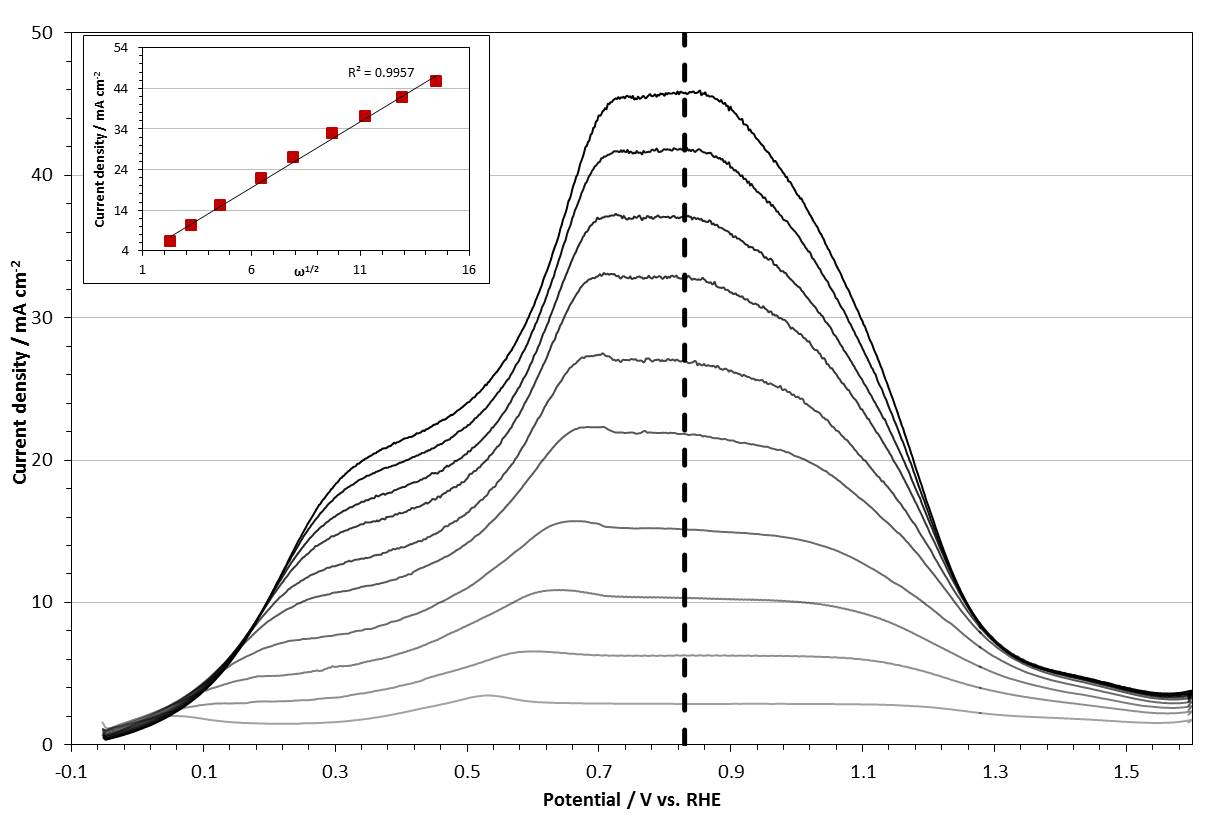