Along this line, we have developed a series of supramolecular assemblies using the diprotonated form of saddle-distorted dodecaphenylporphyrin (H2DPP) through intermolecular π-π interaction, such as Porphyrin Nanochannels, which include electron-donating guest molecules.1 In this presentation, we present formation and characterization of supramolecular assemblies based on H2DPP derivatives having hydrogen-bonding functional groups and their metal complexes.

Introduction of carboxyl groups or hydroxyl groups to the meso-phenyl groups of H2DPP as hydrogen-bonding sites allows us to construct robust and well-organized supramolecular assemblies. A diprotonated tetracarboxyl-DPP derivative (1, Fig. 1a), for example, formed two-dimensional hydrogen-bonding networks (Fig. 1b) to form a porphyrin nanochannel structure, which were reminiscent of that formed by [H4DPP2+]Cl2 and was persistent up to 150°C, in contrast to that of [H4DPP2+]Cl2.2 To expand the size of the nanochannels, we also introduced 4-carboxylphenyl groups at the 4-positions of the meso-phenyl groups of H4DPP2+.

A Zn(II) complex of H2DPP derivatives having hydroxyl groups at the 4-positions of the meso-phenyl groups (2) was prepared to form a dimer bridged by 4,4’-bypyridine.3 The dimer was revealed to form intermolecular hydrogen-bonding network among the hydroxyl groups in the crystal.

In addition to the crystal structures, we will also mention adsorption of gaseous molecules such as N2 and CO2 with porous supramolecular assemblies of functionalized H2DPP derivatives in the solid state. 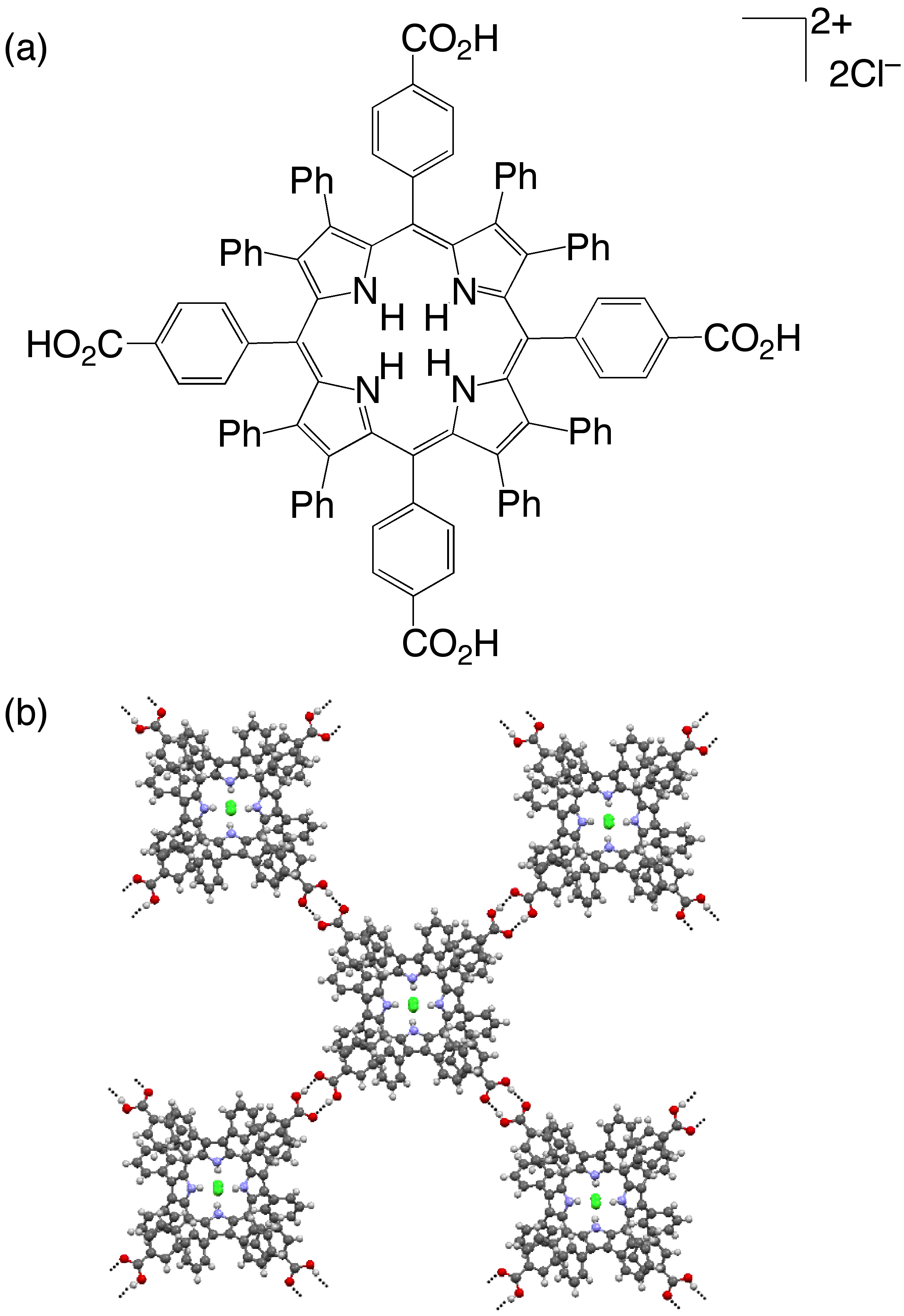