Here we demonstrate an atmospheric-pressure, solution-assisted substitution method to produce heteroatom-doped CNTs with varying heteroatoms including boron (B), sulfur (S), and phosphorus (P).  Pristine multi-walled CNTs (MWCNTs) synthesized using a water-assisted chemical vapor deposition (CVD) were used as starting materials. The heteroatom-doped CNTs were then produced by heating the mixture of heteroatom precursor and MWCNTs under argon (Ar) atmosphere from 400 to 1200◦C for 1to 4 h at atmospheric pressure. We found that the heteroatom concentrations in the nanotubes could be tuned by controlling the reaction temperature and time, confirming by the X-ray photoelectron spectroscopy (XPS) and Raman characterizations. Detailed XPS characterization indicated that the S atoms were successfully doped into the sp2 graphene lattice of CNTs [Fig. 1(a)]. The high-resolution XPS (XPS) result reveals several C-S-O doping configurations existed in our as-produced samples [Fig. 1(b)]. The systematic Raman characterization was performed and shown the ratio of the D- and the G- bands (ID/IG) was increased for the as-produced samples, indicating the defect densities due to the doping process can be controlled in our method [Fig. 1(c)]. Thin-film electrical conductance characterization using four-point probe method suggested the electrical conductances of the as-prepared heteroatom-doped CNTs were significantly improved by heteroatom doping [Fig. 1(d)], making them useful materials for electrochemical-base applications. It is also noteworthy from a practical point of view that the developed atmospheric-pressure synthesis method is amenable to industrial-scale production since it avoids the need for a vacuum system. 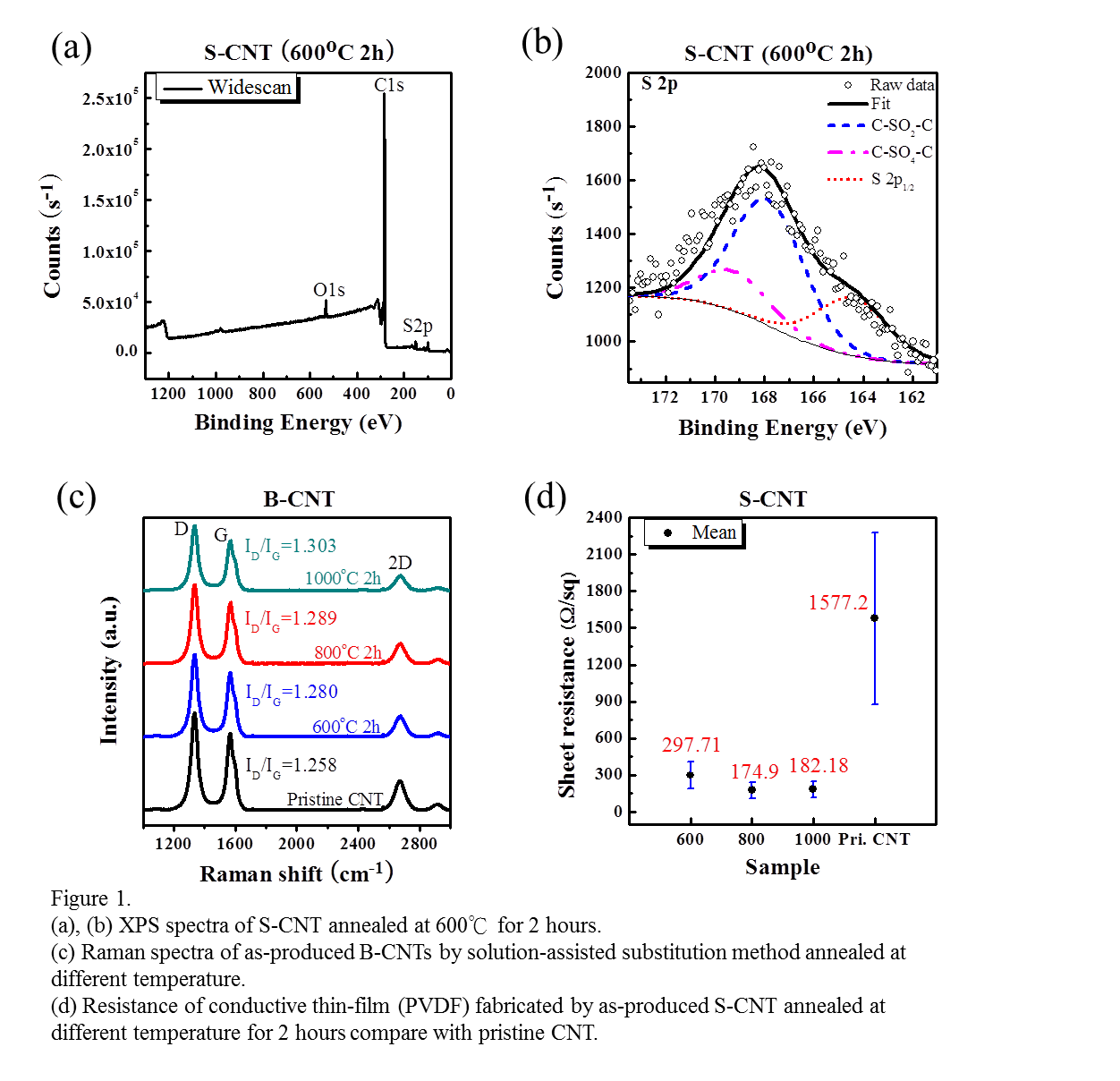