Continental Room A (Hilton Chicago)
M. M. Forouzan, L. Robertson, M. Wray, and D. R. Wheeler (Brigham Young University)
Yearly demand for primary alkaline batteries is around US$5 billion. Even though it is a mature technology, continued performance improvement is still possible. In common with other types of batteries, the performance of alkaline batteries is strongly affected by the composition and microstructure of the electrodes, especially the cathode. Naturally, in trying to optimize an electrode there are trade-offs between the capacity or amount of active material, and the volume fractions of conductive additive (carbon) and pores, which are each needed to transport charge.

This work builds on our prior work in directly measuring transport properties of electrodes [1-2]. We focus on understanding ion transport in the alkaline cathode, which is composed of EMD (electrolytic manganese dioxide), graphitic carbon, and electrolyte-filled pores. The effects of varying carbon type, carbon amount, and overall porosity on the ionic conductivity and tortuosity were studied. The correlations between ion transport and the microstructure and electronic conductivity were investigated as well. Tested carbons included a variety of common graphite additives from TIMCAL as well as graphene. Multiple analysis tools were used, including SEM/FIB determination of microstructure, ion-transport experiments, and multi-probe determination of electronic conductivities. It was found that highly compressible expanded graphites like BNB90 actually have a more deleterious effect on overall ionic conductivity that do other additives. This suggests a tradeoff between ionic and electronic conductivity performance in the choice of graphitic additive.

Furthermore, the degree of anisotropy of ion transport in the cathode for different conditions was investigated for samples containing EMD and BNB90 additive. Anisotropy of the structure of the graphite, caused by pellet compression, was observed by SEM. It was found that tortuosity is lower and ionic conductivity is higher in the direction orthogonal to the direction of compression. 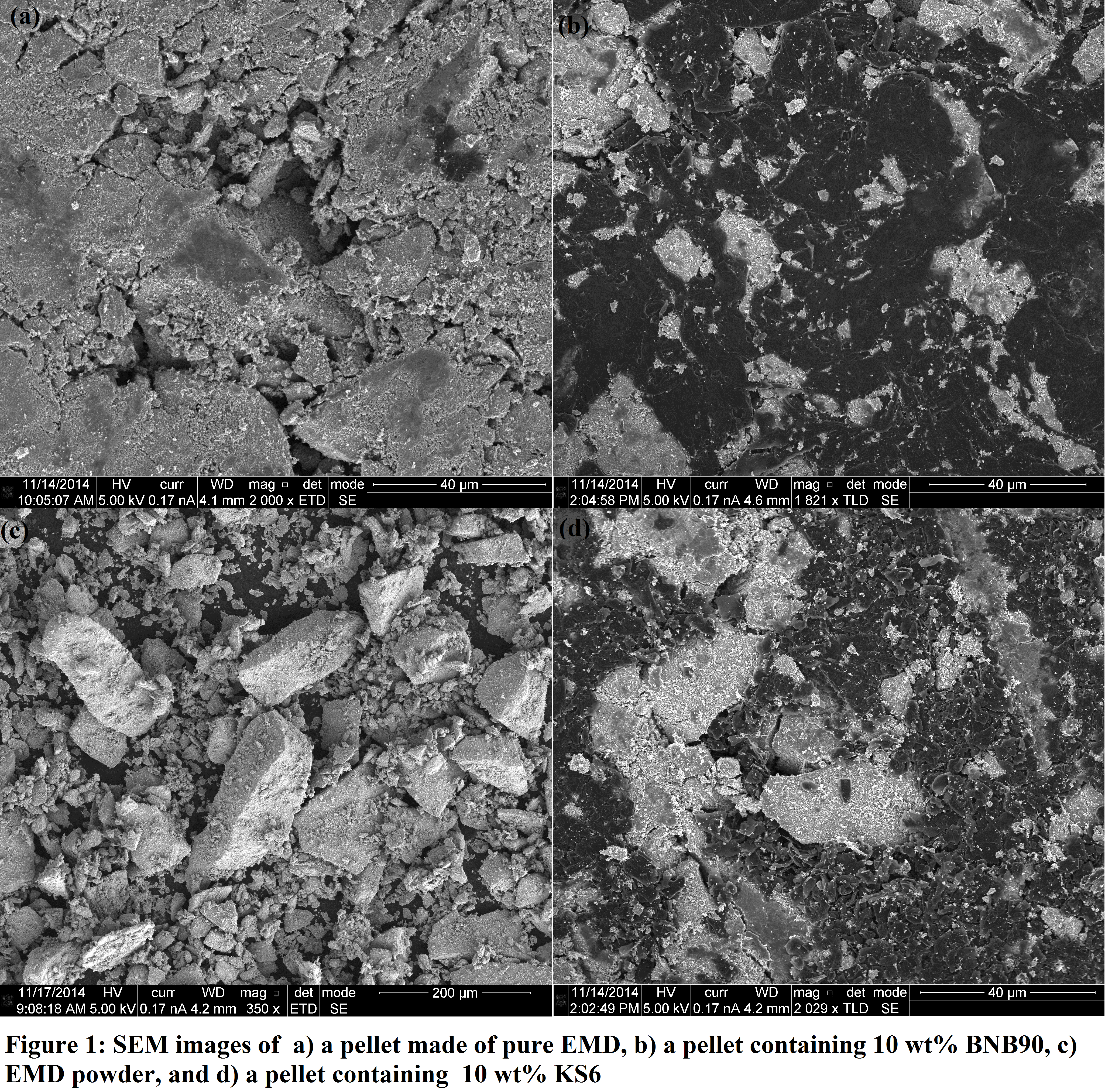