Synchrotron X-ray near-edge structure (XANES) could be very helpful to illustrate the local structure and state of charge of the element we are interested in[4]. With the help of XANES, we can apply in-situ characterization of FeOF cathode to better elucidate real-time local structure and valence change at different state of charge (SOC) and depth of discharge (DOD) in order to better illustrate the mechanism of the iron ion evolution and FeOF failure mechanism. In this study, FeOF was prepared in our lab and mixed with carbon black, PVDF and NMP to form a uniform slurry. The cathode was prepared by coating the slurry on aluminum foil. The in-situ test coin cell was assembled by FeOF cathode, Celgard separator and lithium foil anode and was sealed in our home-made coin cell shell. K-edge of Fe was measured during the in-situ characterization to observe the valence change and local structure evolution during the discharge and charge process between the voltage range of 4V and 1V. 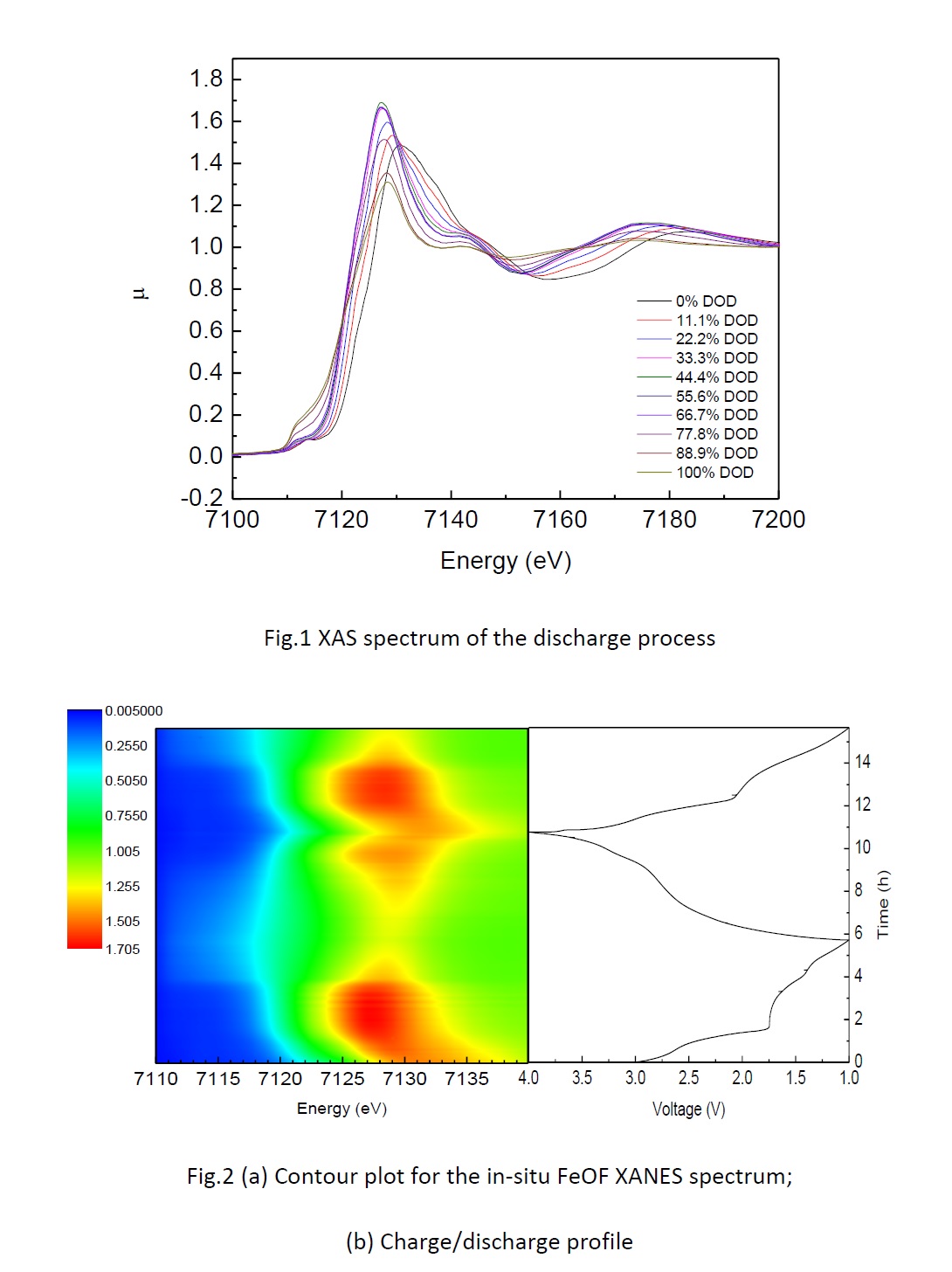