Here we demonstrate an atmospheric-pressure, solution-assisted optimized substitution method to produce heteroatom-doped CNTs with varying heteroatoms including B, P, and S. Pristine multi-walled CNTs (MWCNTs) synthesized using a water-assisted chemical vapor deposition (CVD) were used as starting materials. The heteroatom-doped CNTs were then produced by heating the mixture of heteroatom precursor and MWCNTs under argon (Ar) atmosphere from 400 to 1200℃ for 1 to 4 hour at atmospheric pressure. Systematic micro Raman intensity ratio (ID/IG) of the D- and the G- bands indicated the density of defects which induced by heteroatom doping [6]. S-CNTs possess more defects than others and from 2D- band shift, B-CNTs behave more like n-type semiconductor (Fig. 1(a)). Extensive X-ray photoelectron spectroscopy (XPS) indicated that the heteroatoms were successfully doped into the sp2graphene lattice of CNTs. The electrical conductance was improved by heteroatom doping (Fig. 1(b)). We found that heteroatom concentrations in the nanotubes could be tuned by controlling the reaction temperature and time. Furthermore, thin-film electrical conductance characterization using a four-point probe method confirmed the electrical conductance of the as-prepared heteroatom-doped CNTs.

Electrochemical characterization shows different performances among B-CNT, P-CNT and S-CNT in Fig. 1(c). The results show that B-CNT possesses the best electrocatalytic ability. It has the lowest overpotential and the highest current density. P-CNT, although does not have an obvious oxidation peak, still shows a relatively large current density. As for S-CNT, the result shows there is nearly no difference between S-CNT and pristine CNT. 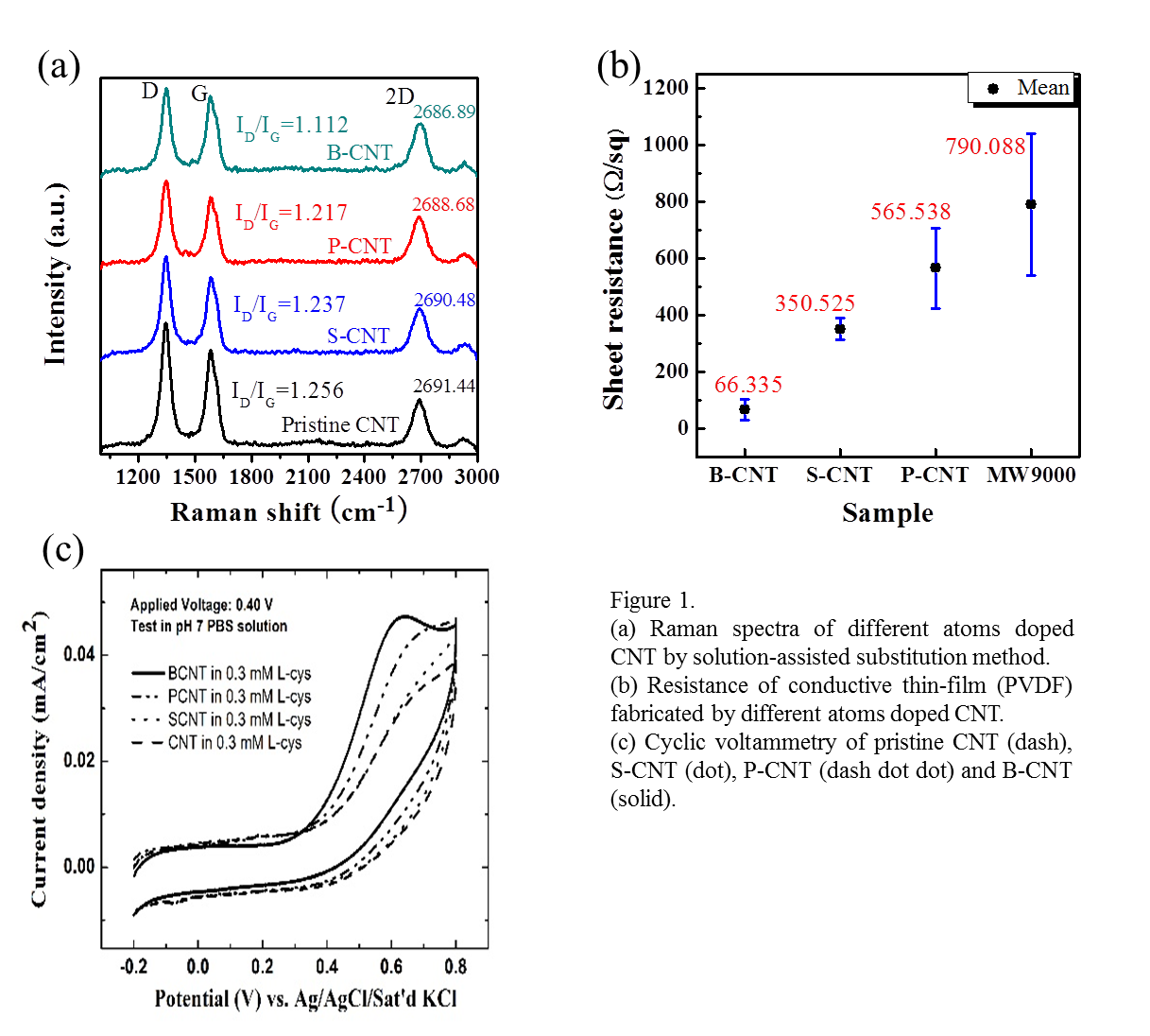