PDR 4 (Hilton Chicago)
J. N. Schwämmlein, H. El-Sayed (Technische Universität München), and H. A. Gasteiger (Technical University of Munich)
At the moment, sustainable energy supply is one of the most important topics in society, industry and science. Therefore, there is great interest in the development of alternative power supply units, such as fuel cells [1]. Though platinum is the preferred catalyst for many of these systems, its comparably high price limits its widespread application [2]. To achieve catalysts with low noble metal content, platinum thin-films are promising due to their high specific activity and potentially high mass activity as well as expected long-term stability [3] compared to currently used Pt-nanoparticles supported on carbon [4]. In recent years, various methods were used to enhance 2D vs. 3D growth to produce Pt‑thin films or -monolayers on noble metal substrates. Some include galvanic displacement of less noble metal adlayers [5], carbon monoxide poisoning [6] and hydrogen adsorption [7] on the depositing Pt. All have in common that Pt-deposition on already deposited Pt-sites is hindered compared to deposition on the substrate surface. In principle, this accounts as well for electrochemical deposition while the Hydrogen Evolution Reaction (HER) is taking place on Pt-sites but not (or at a lower rate) on the support. Utilizing this concept, we show a comparison between Pt electrodeposited on Au in the absence (Potential I in Fig. 1) and presence (Potential II in Fig. 1) of the HER on Pt, demonstrating the effect of HER on the morphology and layer thickness of the deposit. However, in order to develop thin layer catalysts for commercial applications, conductive oxide supports, such as antimony-doped tin oxide (ATO) are promising [8]. As proof of concept, the approach developed on Au was applied to a tin metal substrate that is usually covered with an oxide film and can therefore be considered a model system for an ATO support. Since Sn readily forms an oxide layer on its surface in oxidizing conditions (e.g., in ambient atmosphere), high interfacial energy between the Pt-deposit and substrate surface that strongly favors 3D- over 2D-growth is expected [9]. In Fig. 1 we experimentally showed that electrochemical deposition of Pt from slightly alkaline solution does not take place in measurable amount on the surface of Au (similar for Sn) while the oxide layer is present. In order to overcome this challenge, surface reduction of the Sn-electrode was carried out before the electrochemical deposition. The oxide reduction was achieved by applying the minimum overpotential needed for SnO2 reduction, but still high enough to cause instantaneous H2-evolution on the depositing Pt (from K2PtCl4). This in turn hinders further Pt deposition on Pt and directs it to take place mainly on the Sn surface. Furthermore, we will show the effect of deposition parameters (deposition time, potential, pH and K2PtCl4concentration) on the morphology of the electrochemically deposited Pt thin films on Sn surfaces and demonstrate the optimum conditions required for the deposition of Pt-thin films.

The research leading to these results has received funding from the European Community's Seventh Framework Programme (FP7/2013-2016) for the Fuel Cell and Hydrogen Joint Technology Initiative under grant agreement CATAPULT n°.325268. Special thanks to Katia Rodewald for the superb SEM images. 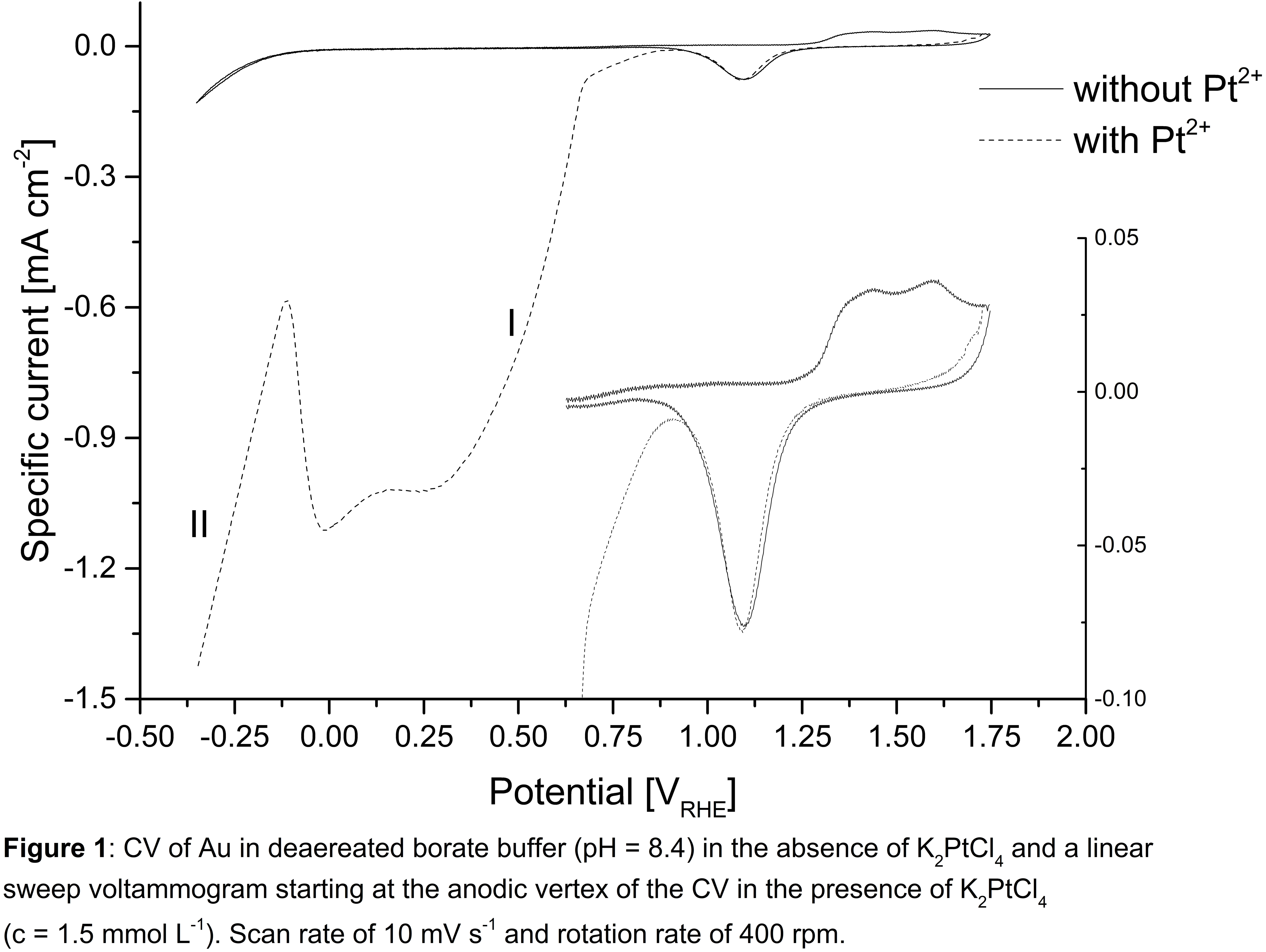