Among the available energy-storage technologies, lithium batteries will play an increasingly important role because of their high specific energy and energy density. Since their introduction in 1991, Li-ion batteries have transformed portable electronic devices. New generations of such batteries will transform transport and find use in stationary electricity storage. Extensive research in lithium-ion anode technologies have made it possible to obtain 1,950 mAh/g anode capacities with stable performance (1-3). However the current cathodes plays a limiting role with a maximum achieved capacity five folds lower than that of the anode (4). Reaching beyond the horizon of Li-ion batteries is a serious challenge and requires the exploration of new chemistries, especially related to the electrochemistry, and new materials development. Li-S battery which works on the ‘conversion’ principle is a promising candidate for this purpose. Sulfur has a theoretical capacity of 1672 mAh/g, representing to nearly 6, 11 and 10 fold improvement in capacity as compared to LiCoO2, LiMn2O4 and LiFePO4respectively. Since the first demonstration of LiS batteries, research has burgeoned at an alarming rate in this exciting field.

However, this technology still has many challenges due to the poor conductivity of sulfur and more importantly, the polysulfide dissolution. Polysulfide originally dissolves as short chain and grows into a longer chain, eventually resulting in the loss of active material and capacity fade. Polysulfide dissolution is a serious issue yet to be addressed economically. Previous work from our group(5) demonstrates a very effective method to prevent polysulfide dissolution by coating a thin layer of Lithium Ion Conductor (LIC) over nano-sulfur anode in a multilayer architecture. This approach resulted in a stable capacity of ~600mAh/g for over 60 cycles with minimal fade. In this work, we attempt to enhance the capacity and stability by altering the size of the active sulfur nanomaterials and engineering the porosity of LIC layer on the performance of the battery. Figure 1 depicts an LIC coated sulfur electrode with tailored porosity and pore volume. Using dynamic light scattering the size of nanoparticles is analyzed and porosity and pore volume are studied using mercury porosimetry, envelope density measurement and BET surface area analysis. Results of these studies will be presented and discussed. 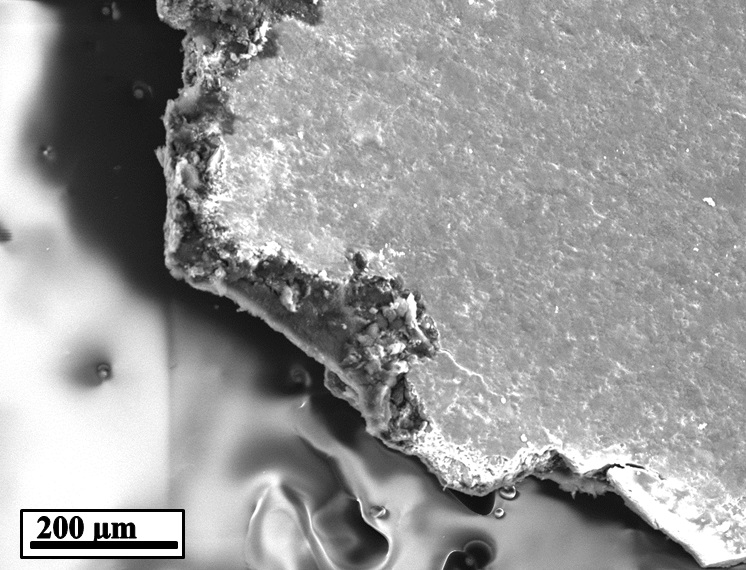