In this study we developed membrane electrode assemblies (MEAs) for the AEM water electrolysis that closely match the performance of state-of-the-art PEM water electrolysis. Furthermore we have assessed commercial AEMs to determine the ionic conductivity and ion-exchange capacity. To precisely measure the hydrogen permeability of the membranes at different temperatures, an electrochemical monitoring technique was developed. Best results were achieved with Tokuyama´s A201 AEM as the ionic conductivity reached 0.4 S/cm and a hydrogen permeability of only 10-16 mol/(cm·s·Pa) at 70 °C. A screening method was also developed to identify and characterize the most active set of electrocatalysts. Nickel nanoparticles were found to have an overpotential of about 0.4 V towards HER and OER at 10 mA/cm2 and was thus chosen for the development of MEAs. Single cells exhibited a current density of 220 mA/cm2 at 2.2 V and 50 °C in deionized-water. We suppose that the low current density originates from the poor ionic conductivity of the AS4 ionomer used in the electrode layer. Nevertheless the use of 1 M KOH solution as an additional electrolyte led to an improved ionic conductivity. This optimization resulted in single cells reaching current densities of 1.5 A/cm2 at 2.2 V and 50 °C. Long-term experiments were additionally conducted to gain information on the impact of both operational modes on the ionomer stability.

Our results clearly show the potential of AEM water electrolysis to meet the performance of state-of-the-art PEM electrolyzers without using scarce and expensive electrocatalysts and stack components.

Figure 1: Polarization curves of a MEA containing Nickel nanoparticles on anode and cathode electrode. Tokuyama AS4 was used as ionomer and A201 as AEM. A 25 cm2 single cell was measured at 50 °C in deionized water and 1M KOH solution. Current density ranges after [1]. 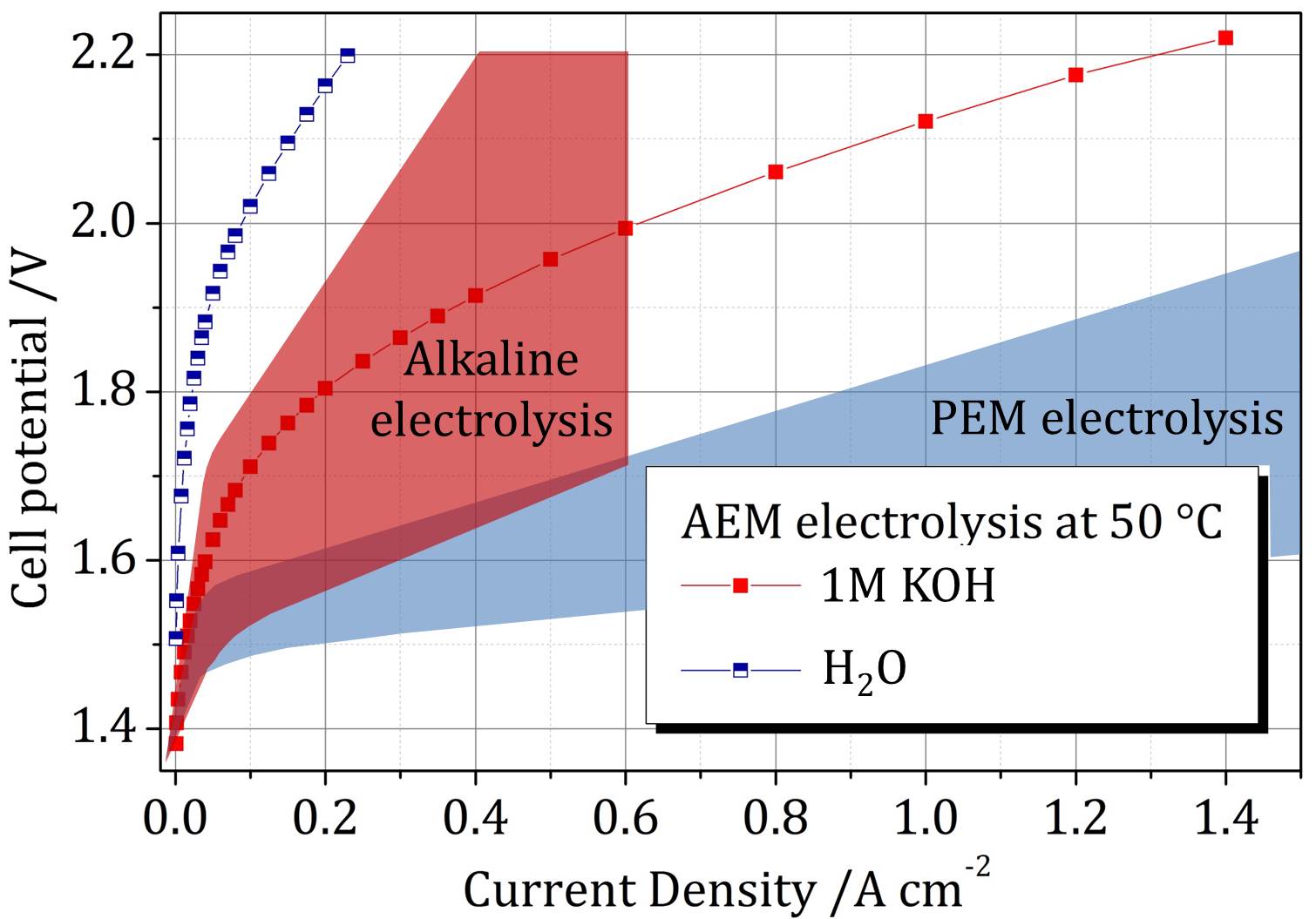