The generation of fuels from sunlight and water is considered as a task of paramount importance for a sustainable energy supply in the future. Decomposition of water by a photoelectrochemical process is a possibility to harvest solar energy in the form of hydrogen in a large scale. For this purpose, a membrane can be used which -when immersed in an aqueous electrolyte and illuminated by sunlight- will be able to split water into hydrogen and oxygen. Such a device is frequently addressed as artificial leaf. From an eco­nomic and environmental point of view this device should comprise of cheap, abundant and non-toxic elements featuring a Solar-to-Hydro­gen (STH) efficiency > 10% and generating hydrogen at a price of ~3 €/kg H2.

In our lab two approaches have been pursued to realize artificial leaf type structures:

As photoanode materials Fe2WO6 and BiVO4 are under investigation. Their performances have shown considerable improvement with respect to their photovoltage and their photocurrent densities when synthesized using sol-gel and spray pyrolysis. To lower the costs of the device, platinum was replaced by carbon supported MoS2 nanoparticles as hydrogen evolving catalyst. Deposited as a blend with PEDOT:PSS on the backside of the solar cell, a SHE yield of 3.7% was achieved. RuO2 was replaced by manganese and cobalt oxide thin films, respectively. 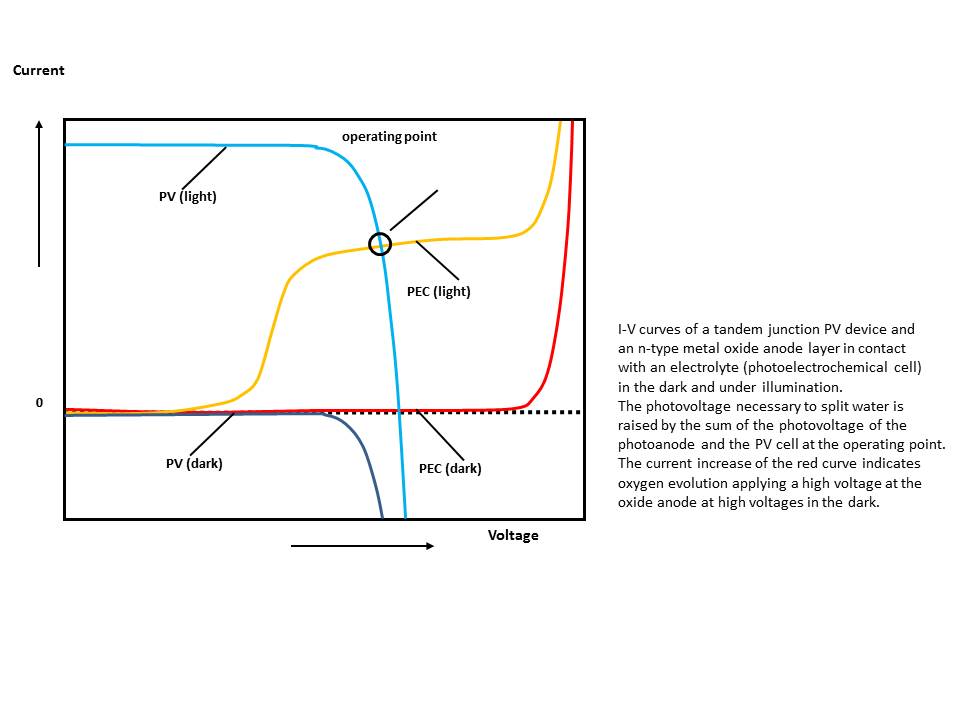