Conference Room 4A (Hilton Chicago)
M. L. Perry (United Technologies Research Center)
A systematic methodology to determine what is limiting the performance of a fuel cell will be presented.  The basis of this methodology is to utilize in-situ cell data combined with simple analytical techniques.  The key analytical techniques are based on theoretically-predicted limiting cases for the different types of overpotential that can limit the performance of a polymer-electrolyte fuel cell (PEFC).  These limiting cases are compared to PEFC performance data utilizing simple graphical techniques in order to provide semi-quantitative insight into the mechanisms primarily responsible for the cell polarization observed operating under the operating conditions of interest.

The diagnostic method recommended here is a systematic, step-by-step method.  The first step is to determine what major type(s) of overpotential are responsible for the changes in performance, namely: kinetic, ohmic, or mass transport.  Polarization-change curves, such as those depicted in Figure 1, are a simple and useful tool to assist in apportioning performance changes to the different types of overpotential.  The limiting cases depicted in Figure 1 were constructed with a relatively simple model of cell polarization [1].  These simple limiting cases, as well as some actual polarization-change curves examples, will be presented.

Once the major types of overpotential have been identified, additional cell diagnostics can be selected to establish the sources (i.e., cell components and/or locations) of these changes.  In-cell diagnostics for each of the major types of polarization are also recommended.  For example, to determine whether mass-transport resistance is increasing within or external to the catalyst layer (or catalyst agglomerate) one can utilize an oxygen-gain analysis, which is based on a relatively simple model of the cathode potential and the two limiting cases predicted by this model [2].  To determine whether mass-transport losses are primarily due to oxygen transport and/or proton transport (i.e., ohmic losses in the catalyst layer), one can utilize an oxygen-dependence analysis, which is also based on limiting cases predicted by a simple model of the cathode [3].

The examples used to illustrate these diagnostic techniques will be on state-of-the-art PEFCs, so that the actual performance limitations being investigated should also be of interest to PEFC research community, such as mass-transport losses in PEFCs with ultra-low catalyst loadings.

Thanks to the organizers of this Symposia for the invitation to present.  The author would also like to thank his many fuel-cell collaborators at United Technologies Corporation (both past and present).  Funding from U.S. Department of Energy, EERE’s Fuel Cell Technologies Office under contract numbers DE-AC02-05CH11231 and DE-AC02-06CH11357 has enabled much of the recent work at UTRC on PEFCs that will be used as examples here, and is also gratefully acknowledged. 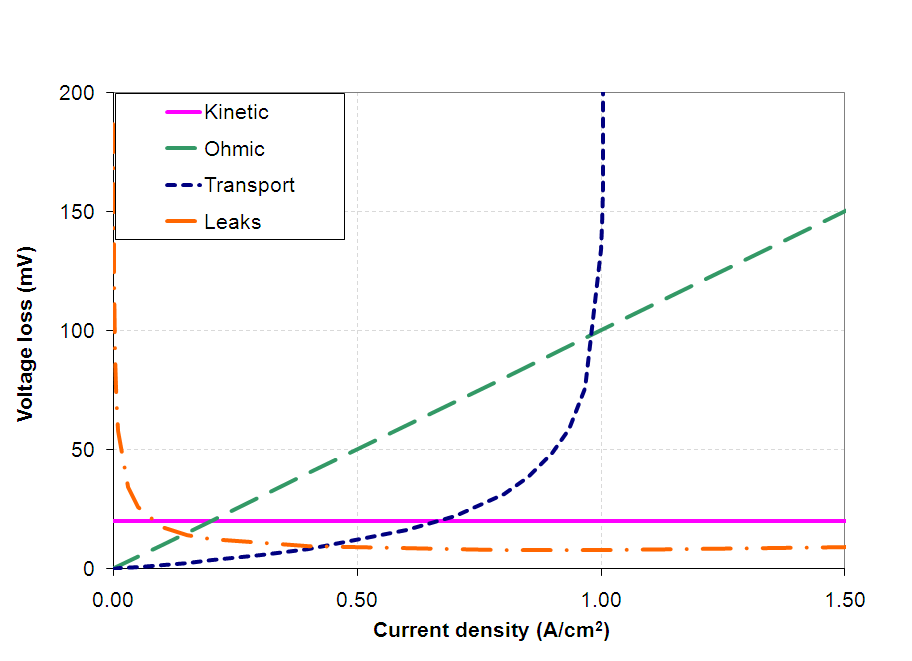