Previously we have demonstrated a simple and large scale synthesis approach for the generation of hollow silicon nanotubes (h-SiNTs) using Inorganic nanowire (I-NW) templates and chemical vapor deposition of amorphous Si which show excellent and stable cycling capacities (2420mAh/g @ 300mA/g) for the Li/Li+system. However, the system shows a high first cycle irreversible (FIR) loss (24%-27%) due to the SEI formation and relatively low columbic efficiency of 98.0%

In the present work, we have studied the effect of optimizing the time of deposition of Si during the CVD on the FIR loss and loading density. These hollow Si nanotubes were then coated with a thin layer of carbon by gaseous thermal decomposition at 700oC and further washing with suitable reagents to remove the unwanted phases on the surface. Slurry based electrodes of hollow nanostructures (carbon coated and reagent washed) mixed with binder and conductive additives were then fabricated and tested in a half cell configuration against lithium foil between the voltage range 0.01V – 1V vs. Li/Li+in 1M LiPF6 (dissolved in EC:DEC:FEC=45:45:10) electrolyte.

The authors gratefully acknowledge financial support of the DOE-BATT (DE-AC02-05CHl1231) and NSF (CBET-0933141) programs. The authors also acknowledge the Edward R. Weidlein Chair Professorship funds and the Center for Complex Engineered Multifunctional Materials (CCEMM) for support of this research. 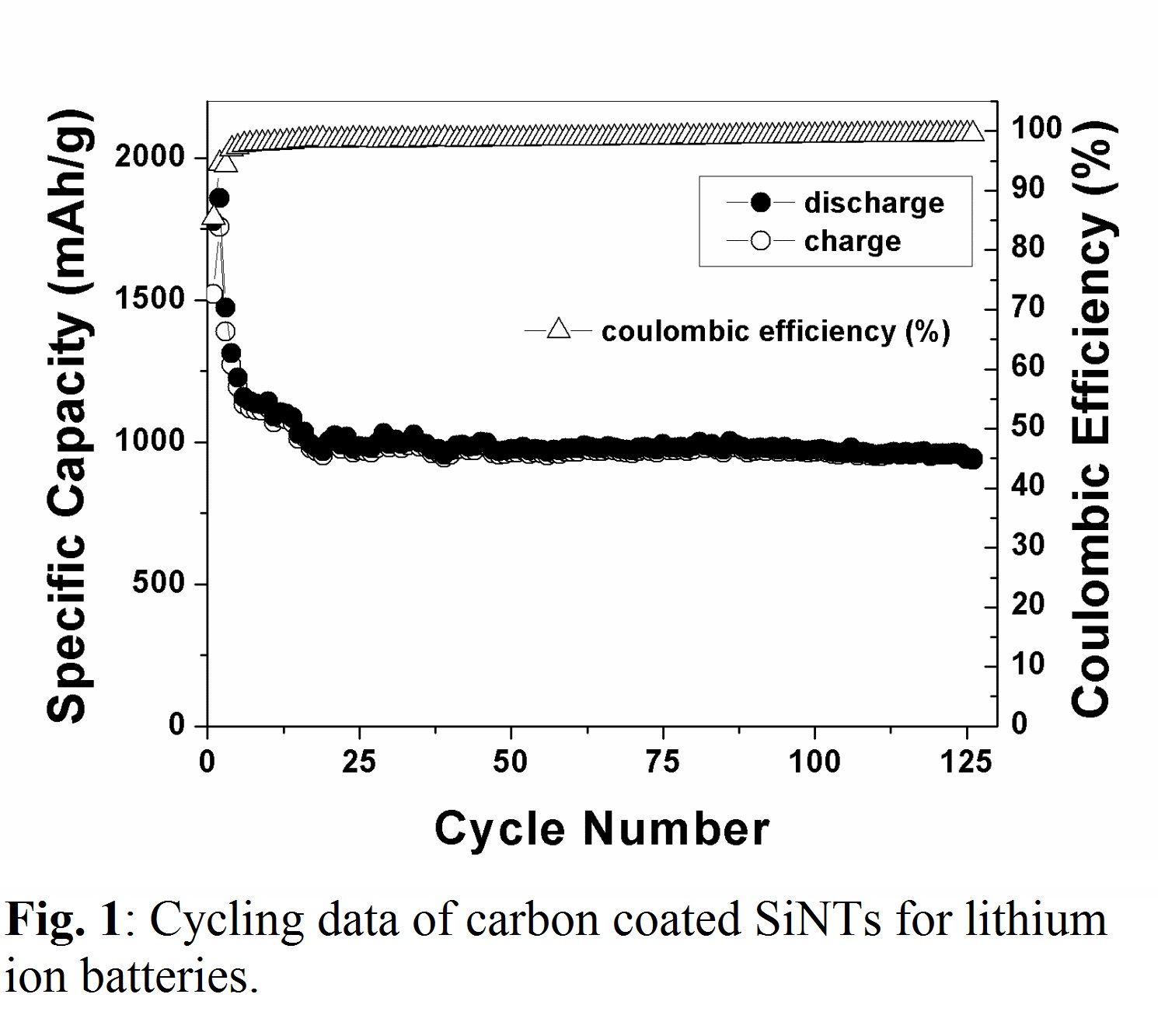