PDR 6 (Hilton Chicago)
J. Xu and D. Scherson (Case Western Reserve University)
A primitive model involving the combined use of coulometric and in situ differential reflectance spectroscopy data collected simultaneously1 has been applied to examine oxide formation on the surface of Pt(poly) electrodes in aqueous 0.1M HClO4 as a function of the applied potential. Analysis of experimental data assumed sequential formation of two different kinds of oxides, PtOH in the low and PtO, in the high potential regions, denoted as Ox1 and Ox2, respectively. The potential dependence of the coverages of each of these species, thetaOx1 and thetaOx2, was obtained by solving the following set of coupled equations:

The symbol thetabare   in Eq.(1) represents the coverage of the bare, i.e. non-oxidized surface sites, Qn, is the charge determined from the integration of the oxide reduction peak following the method reported by Novak2 and the factor 2 in Eq.(2) accounts for the stoichiometry of the oxide. Lastly the symbol -deltaR/R =-[R(Eref)-R(Esam)]/R[Eref], R(Eref) and R(Esam) are the reflectance values recorded at the reference potential, Eref, set at 0.05 V, and at any arbitrary sampling potential, Esam, respectively3 represents the differential reflectance, where A(E), B(E) and C(E) are coefficients that account for changes in the optical signal of each of the types of sites induced by the applied potential.1

Shown in jagged line in Fig. 1 is a plot of -deltaR/R vs potential, E, for Pt(Poly) in 0.1M HClO4 recorded at a scan rate of 10 mV/s.  The solid smooth line in this figure was obtained from the analysis of the model specified above which yielded values of thetaOx1, thetaOx2, and thetabare vs E, for Pt(poly) in 0.1M HClO4 in Fig. 2. 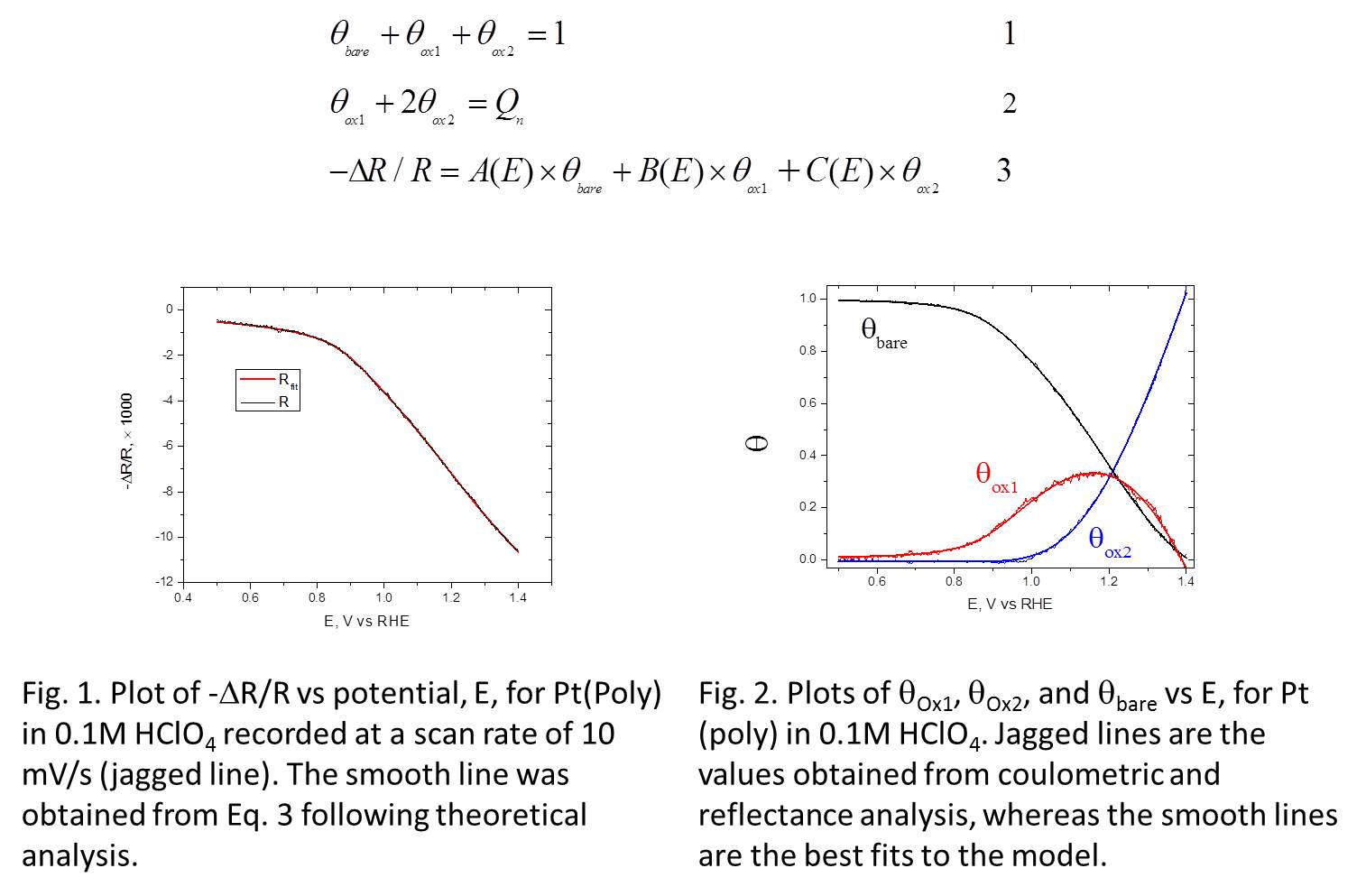