With the emergence of high power Li-ion batteries for electric vehicle (EV) and hybrid electric vehicle (HEV) applications, the need to estimate the transport properties of battery electrolytes becomes evident. The poor transport properties (e.g., diffusivity, ionic conductivity) of non-aqueous electrolytes become a limiting factor, especially when high currents are to be drawn from the battery. Various methods to measure the transport properties of electrolytes have been suggested. To date, most methods involve assembling a 2-electrode symmetric cell with the liquid electrolyte confined between two identical metallic electrodes, applying current pulses for a certain period of time and recording the relaxation of the voltage when the circuit is open until it reaches zero.1 However, due to the complicated, not well-understood kinetics of electro-deposition/-stripping reactions at the surface of the metallic electrodes, it is not possible to directly relate the cell voltage evolution during the current pulse (closed circuit) or at the onset of the relaxation step (open circuit) to the variations of electrolyte concentration/potential across the cell. This leads to the loss of useful information that might be gained from these experiments and a larger measurement error. Moreover, the constraint of working under open-circuit conditions restricts the characterization to fewer methods including the restricted-diffusion and semi-infinite-diffusion galvanostatic polarization techniques.

In this presentation, we present simulation results for various operating conditions and examine design parameters such as the cell aspect ratio, reference electrode width and spacing for known physico-chemical properties of a binary Li-based electrolyte. Guidelines for assembling such a cell and performing characterization experiments are provided. With further experimental validation of this concept and design, the 4-electrode cell can be extended to include an array of multiple reference electrodes and provide a wealth of knowledge about the potential and species concentration profiles across the cell.

Figure 1: Schematic view of a cylindrical symmetric cell with two reference electrodes located between the working and counter electrodes. 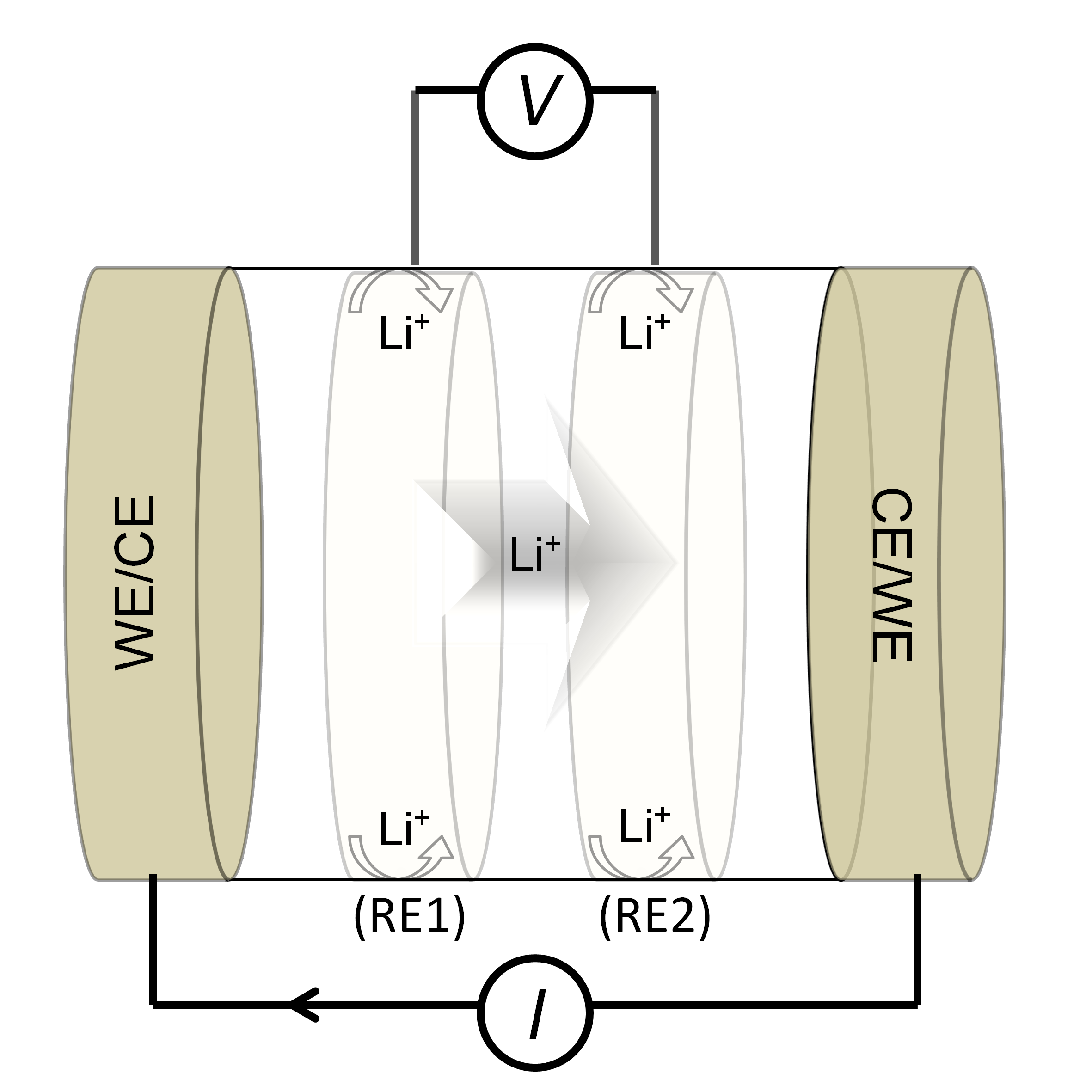