Williford Room A (Hilton Chicago)
I. Hod, O. K. Farha, and J. T. Hupp (Northwestern University)
Over the last two decades, metal-organic frameworks (MOFs) have attracted a great deal of scientific interest due to their extremely high porosity and surface areas. The vast number of combinations of node and ligand-based properties makes MOFs exciting candidates for a wide variety of applications, including gas storage, chemical separation and catalysis, where bulk crystalline powders or solution dispersions of MOFs have been utilized. However, only a few attempts have been made to explore the incorporation of MOFs into thin films to be used in electrocatalysis.

In this work we demonstrate that MOFs could be beneficial when utilized in an electrocatalytic system. An electrode-supported MOF scaffold was used as a platform for NiS electrodeposition to create a hybrid HER electrocatalyst. In aqueous pH 1 solution, the MOF-NiS hybrid exhibit significantly improved catalytic performance compared to a flat NiS-only based system, reducing the required overpotential at current density of 10 mA/cm2 by more than 200 mV down to 238 mV. It was found that the aquo- and hydroxo-rich nodes of the MOF appear to modify the immediate environment of the NiS electrocatalyst, rendering it more favorable for local proton delivery and/or transport. 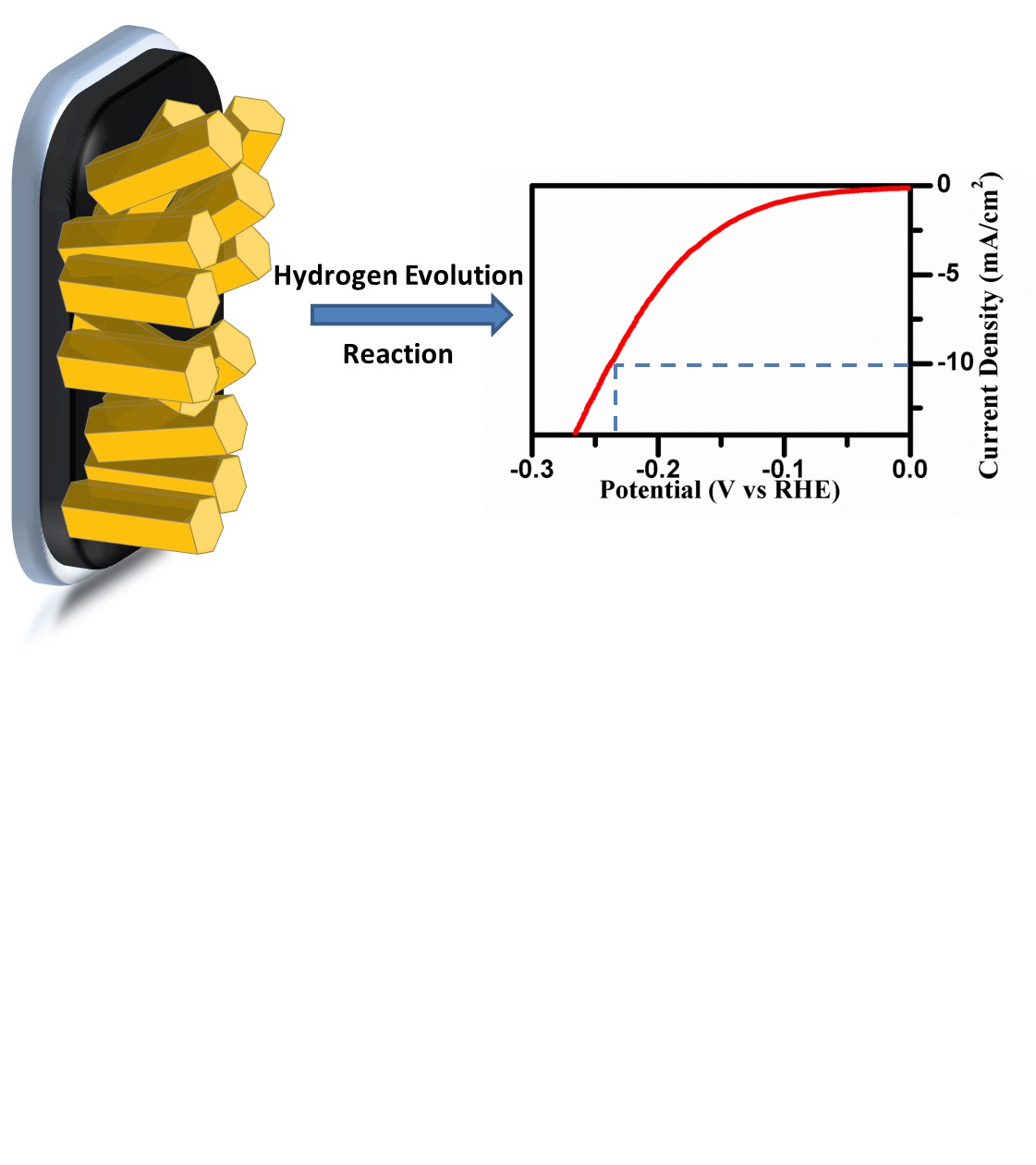