Recently, the sodium doped strontium silicate (Sr1-xNaxSiO3-0.5x) is gathering attentions as a fast ion conductor.[1] And Wei et al. confirmed a good SOFC performance using this electrolyte material at 500 and 600 °C. [2] In this study, we investigated on this promising material to get the optimal fabrication conditions with composition and to minimize several problems on this material.

Conductivity tests were conducted in the air environment and the furnace was controlled from 400 to 750 °C. Sample pellet was prepared to get the thickness of 1.5 mm using low speed saw. Then, we pasted silver electrodes with current collecting meshes on both sides of  pellets and connected wires to electrochemical impedance spectrometer (Solartron 1287 and 1260, UK). The micro structural images were captured using a field emission scanning electron microscope (FESEM, Zeiss Ultra) equipped with an energy dispersive X-ray spectroscopy (EDS) analyzer, respectively. The phase check was done using an X-ray diffractometer (D/max-A, Rigaku, Japan) with CuKα radiation (λ=1.5418 Å). The scan range was 2θ = 10 – 70 °at a rate of 5 ° min-1.

From this study, we found out the optimal fabrication conditions (sintering at 900 °C for 10 h) for 45 % sodium doped strontium silicate electrolyte which was known as the best ionic conductor. Moreover, we could guess the origin of this high conductivity was from the amorphous sodium silicate. 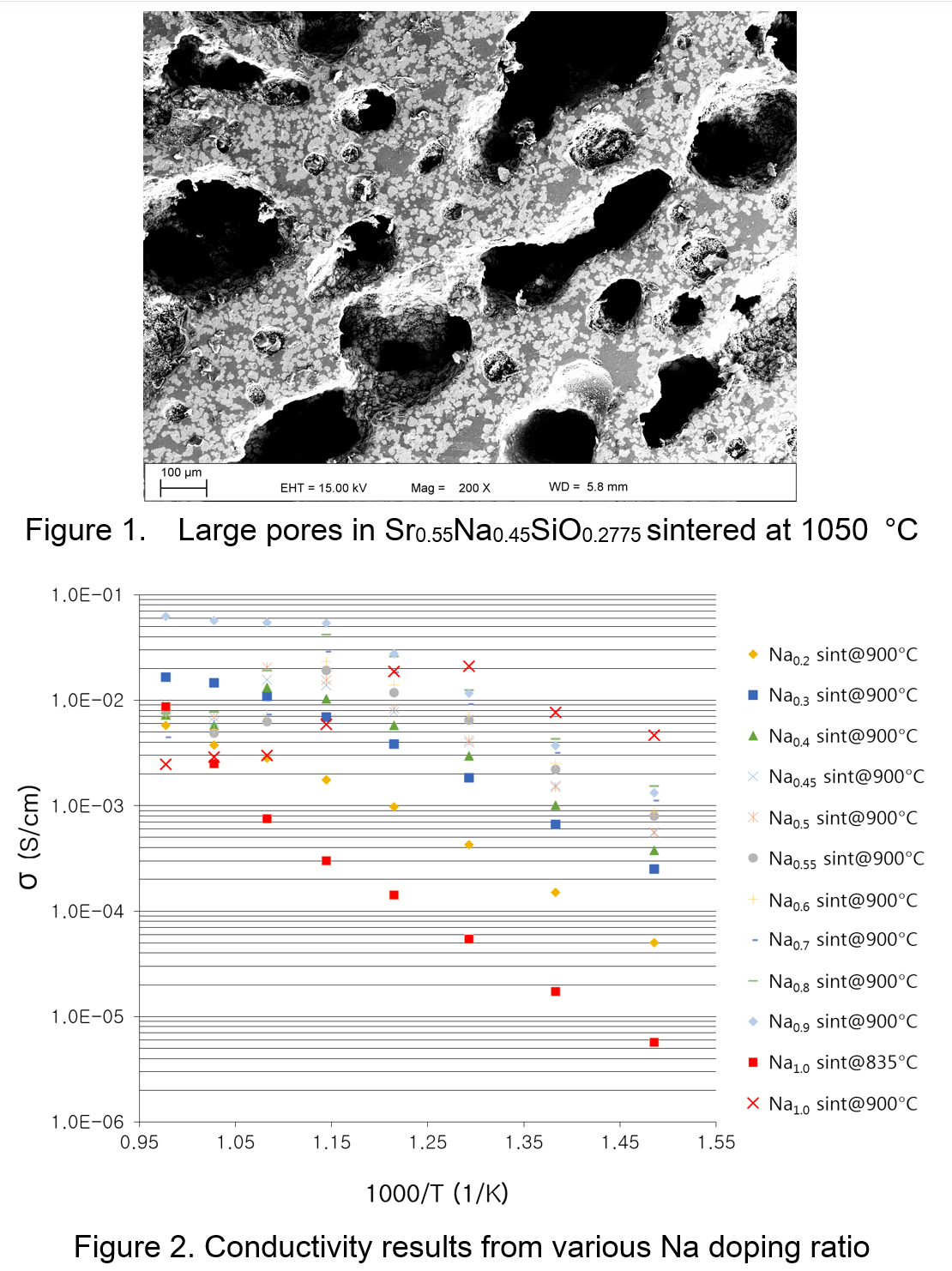