Electrochemical impedance spectroscopy (EIS) was employed to investigate the failure phenomena of commercial 18650 Li-ion batteries at different states of charge (SOCs) under overcharge conditions. The change of voltage profile, discharge capacity, charge acceptance, temperature, and impedance were characterized and analyzed during overcharge cycles. During overcharge cycling, the charge acceptance, charging efficiency, cell temperature, and cycle life change dramatically with cycle numbers. The EIS results at different cycle numbers were characterized and analyzed (Fig. 1). Further study of the EIS for LiFePO4 cells at different SOCs (0, 50, and 100%) revealed that these de-convoluted parameters show similar patterns of changing with cycle numbers; and some of them, the Ohmic resistance, resistance of SEI, charge transfer resistance and Warburg coefficient, are associated with failure and can be used as indicators of incoming failures.  EIS results from both the two-electrode system and the three-electrode system were compared, demonstrating that the direct application of EIS to the practical 18650 LiFePO4 cells can lead to results as reliable as those obtained from the three-electrode system. The three-electrode result showed that impedance of the cathode is much higher than the anode, and both the impedance of anode and cathode increase significantly when the cell is failed caused by overcharge, which indicates that both the SEI on the anode surface and CEI on the surface of the cathode are changed a lot during overcharge process (Fig. 2). In short, the EIS can be an effective tool to monitor the state of health (SOH) of the battery or pack and issue an early warning signal before the failure happens. 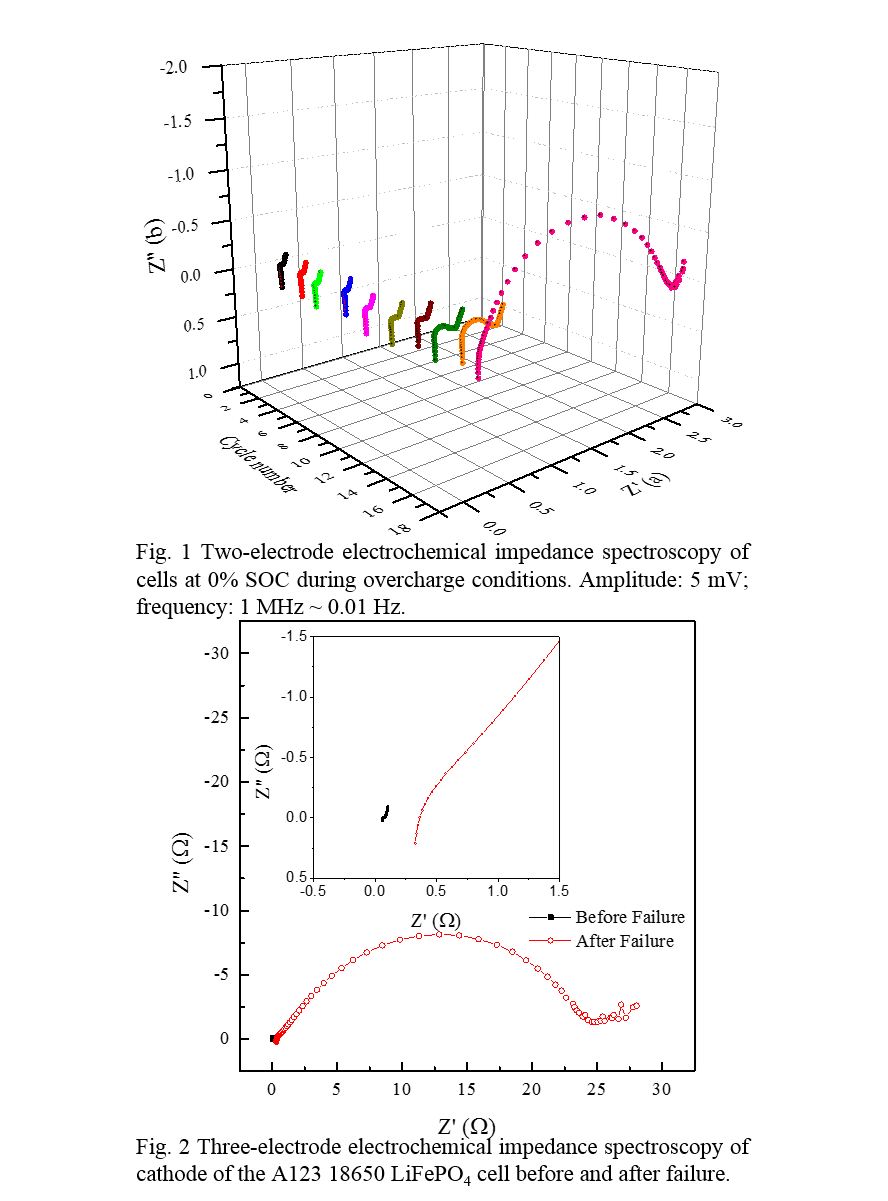