In our previous study, 2,2,4-trimethyl-1,3-pentanediol (TMPD) was proposed as an efficient extractant for boron (boric acid) [3]. Boric acid is extracted in the form of ester with TMPD at the interface between aqueous solution containing silica and organic solvent with TMPD, whose reaction equation is shown in Fig. 1. Figure 2 shows schematic view of the micro-channel device, which has two channels to provide liquid-liquid interface for the reaction.

In order to investigate the reaction mechanism, the following three issues should be considered; (i) local area of the reaction system should be measured precisely, (ii) mass transfer, including fluidic flow, should be simplified in the measured reaction system, (iii) reactant behavior during the extraction should be understood at molecular level. To satisfy these conditions, we used micro analysis system with simulation technique. For the local area measurement, Raman spectroscopy, which is capable to provide chemical information within less than 1μm range, was utilized. For the flow state control in the system, micro-channel device has great advantage, since laminar flow state is predominant in the device. For molecular level understanding of the reaction, density functional theory (DFT) calculation was performed.

Rate constant of the reaction in Fig. 1 was estimated by transition state theoretically estimated from DFT. Using this rate constant, finite element method (FEM) was performed to calculate concentration profile of reactants within the channel, comparing to the result of the spectroscopic study. From the result of transition state optimization by DFT, the ester formation was considered to be enhanced by water molecule. Comparing the concentration profile obtained from FEM and that from Raman spectroscopy, the measurement system in this study was expected to have capability to analyze the detailed reaction mechanism of the process.

This work performed as part of the CREST Program, JST, Japan 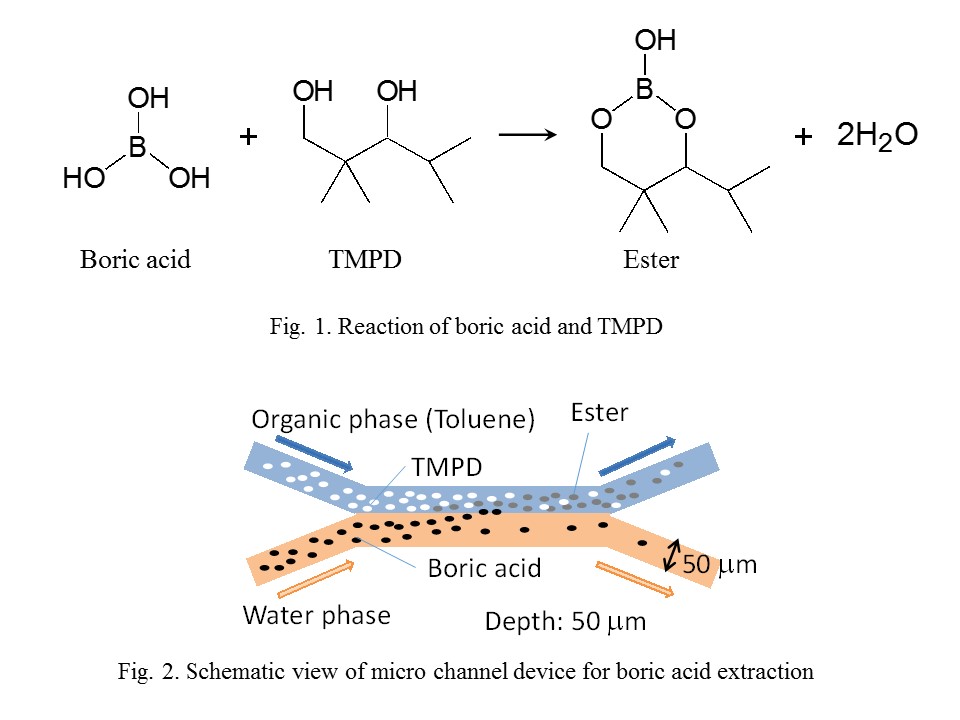