Organic electrochromes such as conducting polymers and viologens (di-substituted-di-pyridinium salts) are attractive for electrochromic smart window applications due to high optical contrast, possibility of switching between multiple colors, ease of preparation and good write-erase efficiency. While conducting polymers are electrode bound species and undergo a color change via redox reactions at the electrode, viologens are typically colorless solution phase compounds, which form a reversible insoluble deeply colored film on the conducting electrode, upon application of an external bias (Figure 1). In this talk, the development of new viologen derivatives like the poly(cyclotriphosphazene-4,4′-bipyridinium) chloride, the effect of substituents on the electro-optical response, issues related to electrolytes and their compatibility with the electrochromic materials will be discussed. In the realm of conducting polymers, poly(3,4-ethylenedioxythiophene) (PEDOT), is a dual function material: it can serve as a transparent conducting electrode and a cathodically coloring electrochrome. In our lab, large area PEDOT films have been fabricated over plastic substrates and their ability to concurrently work as flexible conducting substrates while switching between the pale blue and dark blue hues is demonstrated. Concerns pertaining to scaling up of conducting polymer coatings and viologen based devices will also be discussed. 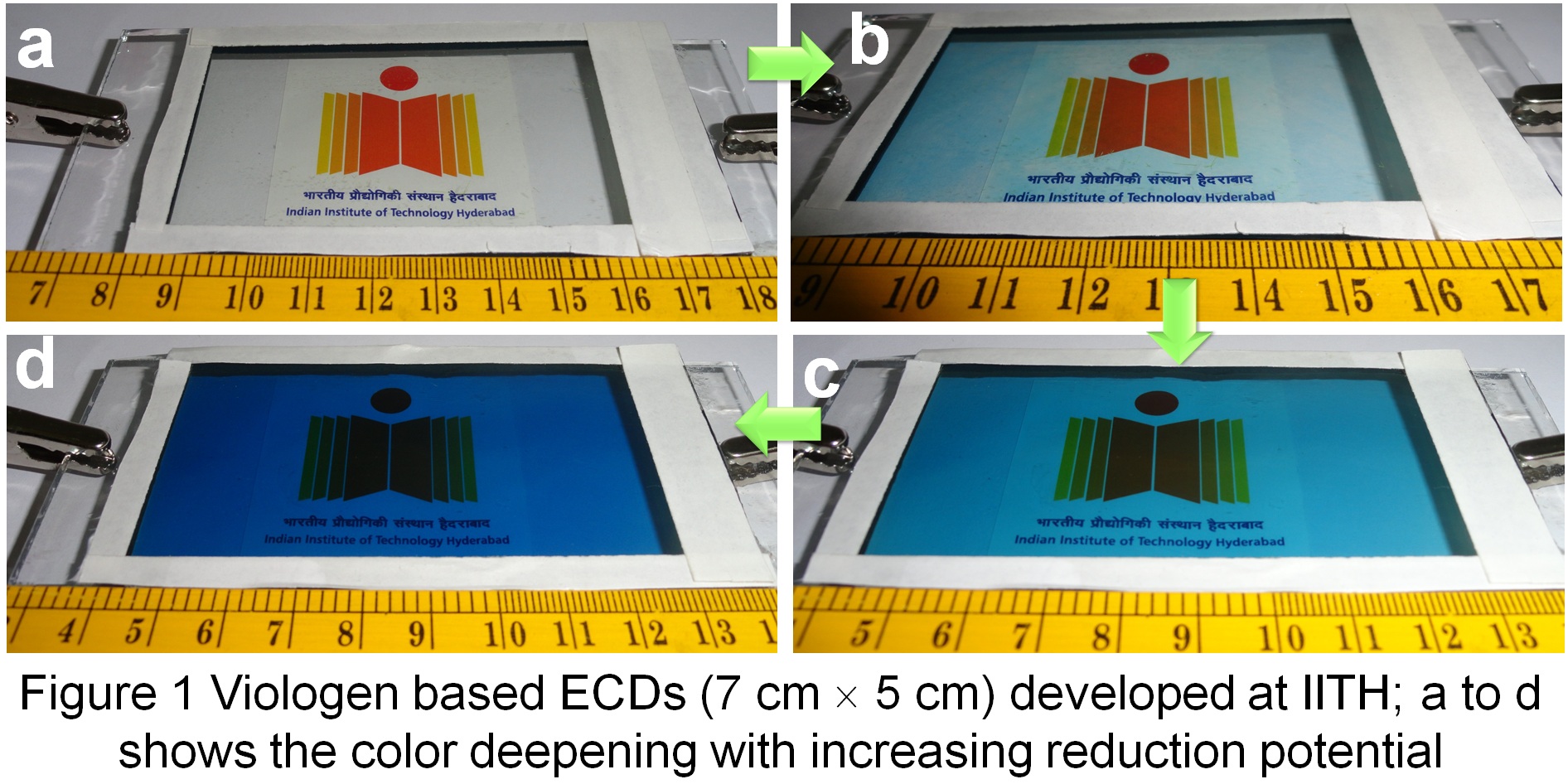